In the spring of 2021, renowned contemporary artist mister e customized five D'Angelico guitars for Dead & Company’s 2021 tour to be auctioned in support of HeadCount, REVERB and the Dead Family charities.

Since the first Dead & Company tour in 2015, HeadCount’s auctions have raised over $1.3 million for the band’s favorite charities. The tradition continued this year with five one of a kind guitars, all signed by each member of Dead & Co, including a 2021 full tour design plus individual guitars commemorating tour stops in Boston, Chicago, Denver and Los Angeles.

Auctions closed on October 31st, 2021, raising a total of $163,750—with the final Full Tour guitar closing at $52,000 itself. Alongside additional commemorative signed items, the auctions raised a total of $409,150 to be split amongst HeadCount, Reverb and a group of over a dozen Dead Family Non-Profit groups. The guitars featured commemorative, one of a kind art by mister e, who has previously been commissioned by celebrities such as Floyd Mayweather, Adam Sandler, Miley Cyrus, Lionel Richie, Dana White and more. This year's guitars were hand painted and collaged to include sheet music from original Grateful Dead songbooks. The excerpts wrap around the body of each guitar, along with several handmade iconic Dancing Bear stamps and lyrics from “Truckin’” in the traditional style of mister e's work. Each guitar has a custom engraved back plate with the lyric “What a long strange trip it’s been”. All five are Deluxe Bob Weir Bedfords, an artist signature D’Angelico model co-designed with Bob Weir.

In discussing the partnership, mister e said, "As an artist it's an honor to paint these guitars to raise money for a great cause. But as a guitar player and fan of the Dead for years, it is truly humbling to be working with Bob Weir and Dead & Co.”

“These custom guitars have fast become a tradition on Dead & Company tour, but mister e's designs have taken it to a whole new level," said Andy Bernstein, HeadCount's Executive Director. "This is one of the most creative and rewarding ways to raise funds, both for ourselves and the other 'Dead Family' charities."

“This is a tradition we are beyond proud to be a part of,” said Brenden Cohen, CEO of Bond Audio, parent company to D’Angelico, Supro, and Pigtronix. “Raising a meaningful amount of money for charities that make a difference and contributing to the cultural legacy of the Dead is a true honor. 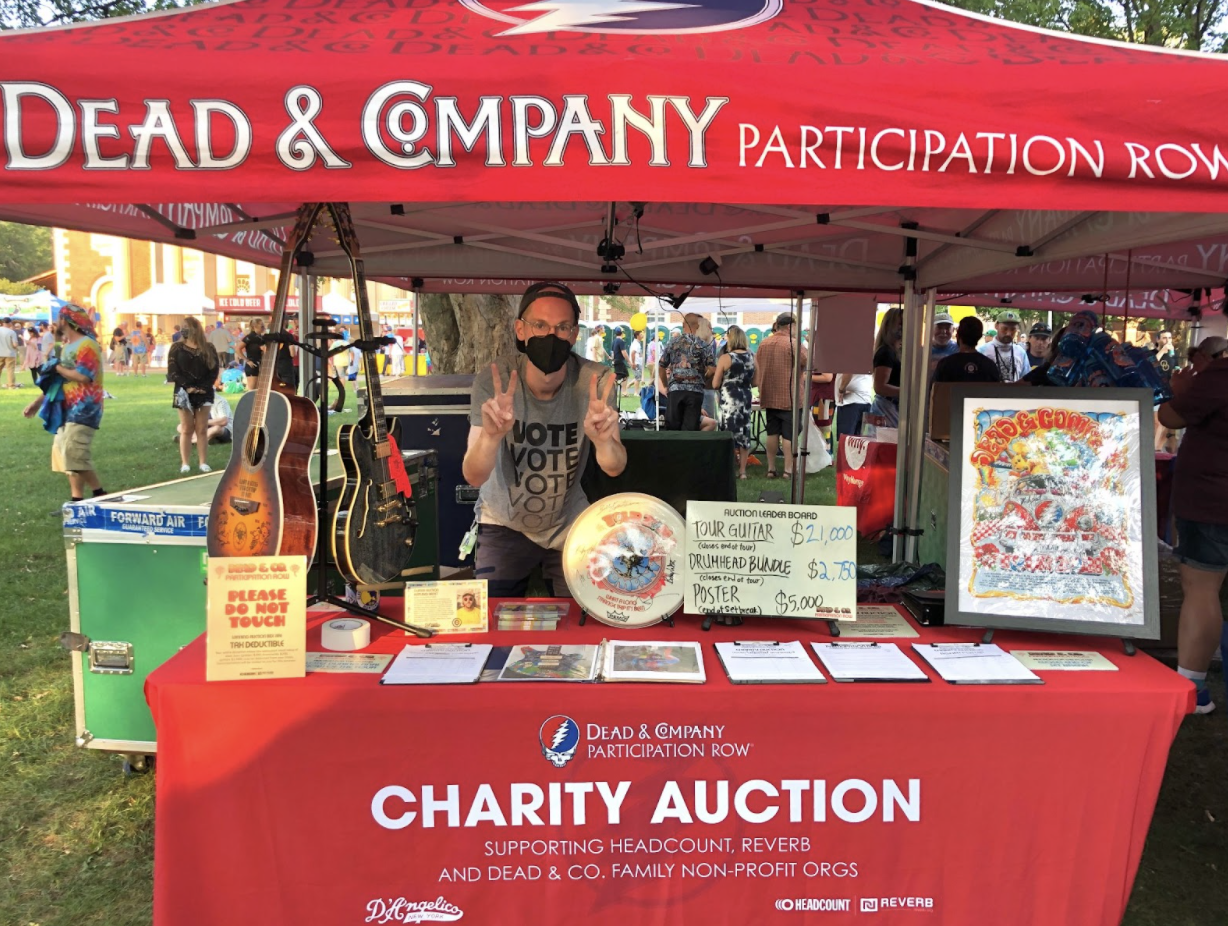 Byron Nemeth on Business Side of Music ...