Average Joes Entertainment continues its artist roster expansion with the latest signing of songwriter/singer/rapper, Austin Tolliver. Tolliver’s debut single for the label, “Tip My Hat,” co-written by Tolliver and Aaron Lamont, is set for release Dec. 11, 2020. Check out Tolliver's lyric video for the new song here.

Previously a star athlete who played college football and baseball at New Mexico State University and Texas Tech University, Tolliver changed career paths and moved to Nashville to pursue music in 2015. The son of former NFL/CFL quarterback, Billy Joe Tolliver, Tolliver grew up in Shreveport, Louisiana. Describing his music as a “melting pot of genres,” the catchy, 'Tip My Hat,' portrays the central theme of a country boy not backing down in the city. 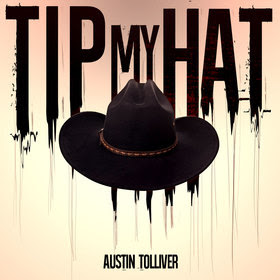 "I'm pumped to join the team at Average Joes and have my first single released right away. 'Tip My Hat' is such a badass song. It's got the vibe of the old west. It's the perfect example of what "outlaw" is to me," commented Tolliver. Pre-save/pre-add "Tip My Hat" here.

“Austin's enthusiasm and unique sound make him a perfect fit with our roster,” said Forrest Latta, Average Joes' V.P./A&R. “His unrelenting drive and positivity, coupled with his talent, position him for success. We're excited to be a part of taking his career to the next level.”