Signing Story: Cruel Hand How They Signed with Hopeless 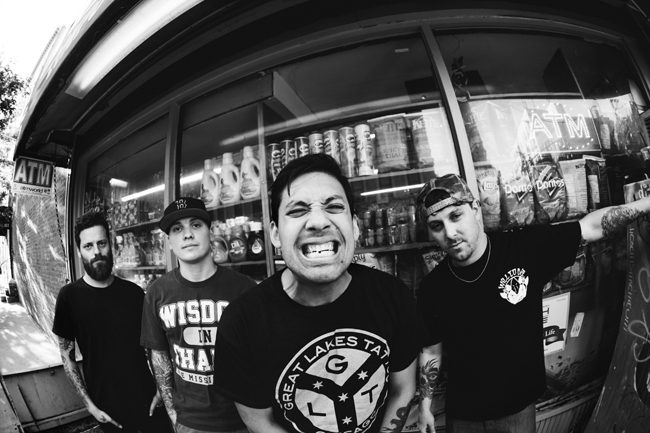 Having released its last two full-lengths, 2008’s Prying Eyes and 2010’s Lock & Key, under Bridge 9 Records, Cruel Hand felt it was time to move forward with another label. The Portland, ME hardcore foursome had self-funded and recorded a new album, and began seeking an alternative company to sign with last year.

“We were ready to take the band to the next level,” says frontman, Chris Linkovich. “I want the band to be in a place where we don’t struggle, or set it up to be in a better place in the years to come.”

“Our booking agent, Andy Rice, had a relationship with [Eric] Tobin at Hopeless. I don’t remember who brought it up first, but Tobin said, ‘Really? You think I should give [Cruel Hand] a call?’ [Tobin] thought we were a too-cool-for-school hardcore band and wouldn’t give him the time of day. But Andy told him we weren’t afraid to step out of our comfort zone and grow as a band.”

“We weren’t afraid to step out of our comfort zone and grow as a band.”

The four-piece’s initial talks with Hopeless began in the fall of last year, which led to much discussion between the two parties. Having not been used to so much attention from its label, the outfit took time finding a comfortable middle ground with Hopeless.

“[Hopeless] is ambitious and comes to the table with a lot of creative ideas, which I truly appreciate. It’s new for us having a relationship with a label where they’re so enthusiastic and want the best for us. You don’t necessarily get that with a smaller label. We took our time to settle on a deal that worked for both of us and it’s been for the best.”

Cruel Hand’s fourth album, The Negatives, was released by Hopeless in September. The video for its first single, “Monument Square People,” is available now. – Albert Vega