The Nashville audio engineering community is gearing-up for the downbeat of the 24th annual AudioMasters Nashville Benefit Golf Tournament, where players and sponsors from all facets of the audio industry come together to support their colleagues in times of crisis through the Nashville Engineer Relief Fund. However, the AudioMasters is unlike any other golf tournament around, with area studios, live sound providers, service and sales companies, professional audio press, industry organizations, manufacturers and others with ties to the Nashville audio community making each hole a destination and offering various “goodies” along the way that have included everything from gourmet cooking and exotic beverages, to swag and contests, or even a massage or a chance to fire a golf ball cannon. All the activities are aimed at maximizing the fun of everyone involved while fostering a chance for sponsors and players alike to see old friends and make new ones. This year, the DiGiCo AudioMasters Live takes place May 12 and the Sweetwater AudioMasters on May 13 at the Harpeth Hills Golf Course in Nashville, TN. The annual AudioMasters tournament serves as the primary funding mechanism for the home-grown 501(c)(3) non-profit Nashville Engineer Relief Fund (NERF). Limited player and sponsor opportunities are still available at AudioMastersGolf2022.com. “When we started the AudioMasters, we had no idea that it would grow to a two-day event and span 24 years,” says NERF founding board member and Secretary Frank Wells. “It’s a much beloved event – just a ridiculous amount of fun. Yet, we never lose sight that this is the best thing we do as a community. The AudioMasters and NERF have made a huge difference in so many lives by giving a hand-up to Nashville area audio pros when health issues and disasters strike. The players and sponsors make that possible. Even those sponsors who come from far and wide have become a part our extended family, and this is our homecoming.”

On Thursday, May 12, returning title sponsor DiGiCo will host the AudioMasters Live, a day of play themed around the live sound and sound reinforcement industry in Nashville. Golfers at this year’s live day will enjoy a range of sponsor experiences from DiGiCo, RF Venue, Genelec, Vision 2 Marketing, Waves Distro, Sound Image, Solotech, Elevation Studios, Waves Audio, Clyne Media, Solid State Logic, Black River Entertainment/Sound Stage Studios, Nashville Recording Supply, d&b audiotechnik, API, Clair Global and DPA Microphones, with additional surprises in store as they make their way around the course. The day will kick off with a pre-play breakfast and driving range sponsored by The NAMM Show and will conclude with the day’s 19th Hole reception and awards ceremony sponsored by cavlo and featuring food from Corky’s Ribs and BBQ of Brentwood. Player gifts will be provided by Shure Microphones and tee markers supplied by Live Sound International.

On May 13, Sweetwater is back as title sponsor for the original Friday day of AudioMasters play, with a focus on the recording and production community in Nashville. Sponsor experiences in this day include offerings from Echo Mountain Recording, Iron Mountain Entertainment Services (IMES), Genelec, Design Technik, Waves Distro, Welcome to 1979 Studios, Solotech, Audio-Technica, VEVA Sound, Loeb & Loeb, Solid State Logic, Black River Entertainment/Sound Stage Studios, Nashville Recording Supply, Teegarden Audio, API, Blackbird Studios and DPA Microphones. The day begins with pre-play breakfast and driving range sponsored by Sound Emporium Studios, who came in large for 2022, also playing host to the day’s hole-in-one contest (with prizes available at four holes including a $10,000 top prize) as well as providing tee markers for the day. Player gifts will be provided by the Recording Studio Insurance Program, and Asterope will host an AES Nashville-manned player photo-op station, with the day’s 19th Hole reception and awards ceremony sponsored by Corky’s Ribs and BBQ of Brentwood.

This year’s golfers will also enjoy a putting contest hosted by ErgoLab/Stealth Chairs, with a chance to putt for a Stealth chair with a nominal donation to NERF, the Recording Academy Producers and Engineers Wing and Audio Engineering Society-sponsored drink cart keeping players hydrated, and a Closest-to-the-Pin contest (measured in Hz, of course!) sponsored by Genelec. Additional competition hole prizes are being provided by Audio-Technica (Longest Drive) Solid State Logic (Longest Putt) with the very Tennessee Closest-to-the-Creek competition featuring prizes from Audio-Technica and Auralex.

The tournament is produced by the Nashville AES Section with event coordinator Karen Dunn of KMD Productions. More information and registration are available online at AudioMastersGolf2022.com with the latest updates available by following the AudioMasters Nashville on Instagram, Facebook and Twitter. 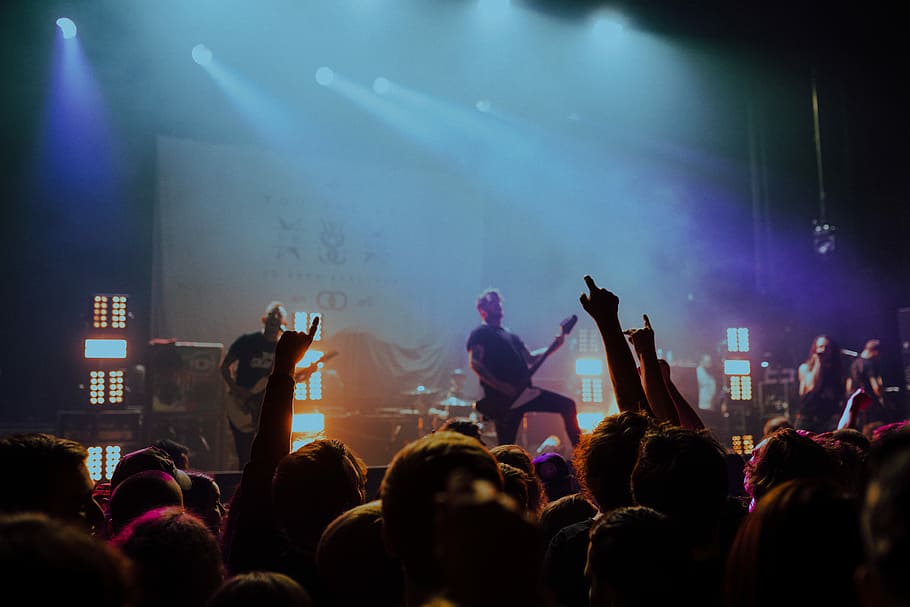 New Study: Which Genre Has the Most ...