Sigrid at The Fonda Theater

Excitement was through the air of the Fonda Theater in Los Angeles on April 4th as Norwegian pop singer-songwriter Sigrid made her grand return to the US. Dressed casually in a white tank top and blue jeans, Sigrid started the night with electrifying performances of her most recent euphoric hits "It Gets Dark" and "Burning Bridges." Sigrid is gearing up to release her sophomore album How To Let Go next month on May 6th via Island Records and wasted no time in delighting the crowd with a sneak peek of a couple of the new tracks including the heartbreak track “Mistake like You,” and the catchy tunes “Dancer,” “A Driver Saved My Night” and “Grow.” Based on what we've heard, it's safe to say the album will be a real pop banger. Every time Sigrid would mention her upcoming album she would have the biggest smile on her face – giddy with excitement. Her smile was so contagious it was easy to be excited along with her. Sigrid's not your typical pop singer-songwriter, she doesn’t rely on elaborate choreography or dramatic attire to entertain her audience instead she and her band let the music do all the talking. For an hour and a half, Sigrid danced the night away with her fans – shining brightly by being her authentic self with her husky powerhouse vocals and quirky personality. The night felt like a weekend instead of a Monday, the audience’s energy was at an all-time high. Everyone was having a blast, singing along to every song as loud as possible. They went wild for all the playful and witty chorus lines, especially for the tracks “Sucker Punch” and “Don't Kill My Vibe.”

While she might be a well-known artist in Europe, Sigrid has a smaller fan base in the US. She’s great at writing playful and brutally honest pep talks through exhilarating pop music. Her music is very relatable and for that reason, it's only a matter of time before she becomes one of the biggest artists in the world. 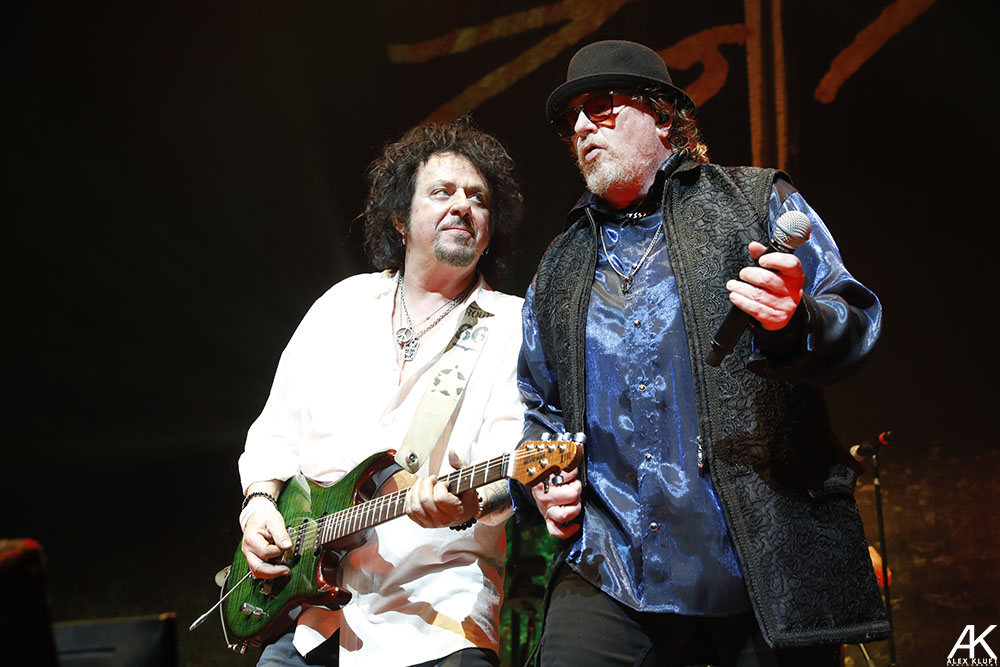 Journey and Toto at the Crypto.com Arena