Latest, Magazine
by Music Connection
Publicist KELLY WALSH has been promoted to the position of Account Executive at the Schneider Rondan Organization (SRO PR).
In this position, Walsh will continue to handle both national and tour campaigns for her diverse roster including Ice Nine Kills, Davey Suicide, Hilltop Hoods, Pray For Sleep and Oddities Flea Market—a traveling market curated by Discovery's Oddities star Ryan Matthew Cohn and featuring unusual and macabre curiosities—and work alongside Schneider on The HU, Gilby Clarke, The Verve Pipe and new artist Ian Gothe.
Walsh began at SRO's Los Angeles headquarters in 2018 as National and Tour Publicist and within the past year has brought a refreshed edge to the company delivering successful media campaigns for up-and-coming acts such as Hyro The Hero, Amigo The Devil, Manda Mosher, Piper Hays and The Haunt, along with working hand-in-hand with Rondan and Schneider on Godsmack, Tash Sultana and the launch of Mike Tyson's Kind Music Festival.
"Kelly is sharp, knowledgeable, forward-thinking—and over the past year she has really made her mark at the company," says Schneider. "She digs in deep to her campaigns including setting podcasts, Instagram takeovers and Google Talks sessions for her artists. Kelly is always looking for opportunities that will shine a light on her projects."
"It's been great to watch Kelly spread her wings at SRO," adds Rondan. "She's a true team player and has diversified our roster with her signings. We look forward to her continued growth."
WALSH's career in the entertainment industry has spanned almost a decade including handling publicity in-house at record labels, such as Century Media Records and Prosthetic Records, in addition to working independently and with boutique firms. She has worked national campaigns for a diverse range of artists including Marty Friedman, Arch Enemy, Animals As Leader, Skeletonwitch, Body Count and Scale The Summit, and events such as Chris Hardwick's Id10t Music Festival And Comic Con-ival and ALT 98.7's Big Adventure Festival.
TagsAccount executivekelly walshMarcee rondanMitch SchneiderSchneider/Rondan Organization 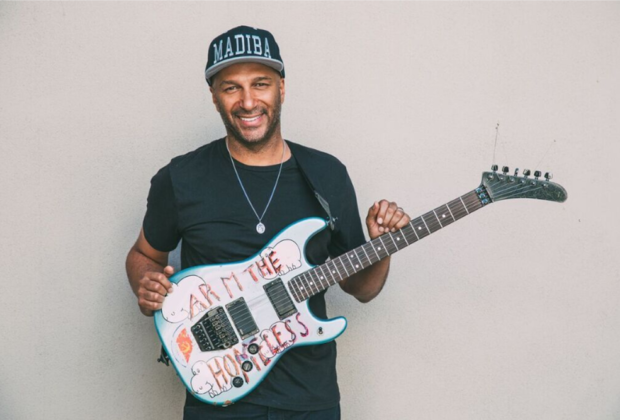 In The Box––"Battle Sirens" Tom Morello