Dan Navarro might not be a household name, but he is certainly ubiquitous. The Los Angeles-based singer-songwriter has collaborated with musicians ranging from The Bangles and Dionne Warwick to Jackson Browne and The Temptations; contributed his vocals to movies including Coco and Happy Feet; and advocated for working-class artists at hearings on Capitol Hill.

Navarro—who also has a Grammy nomination under his belt for the Pat Benatar song “We Belong”—spent about 20 years as part of the songwriting duo Lowen & Navarro. But now, seven years after his professional partner and friend Eric Lowen passed away from complications related to ALS, Navarro has returned with his first proper solo album, Shed My Skin.

Music Connection: You’re a busy guy. What is your day-to-day or week-to-week routine like?

Dan Navarro: Well, right now I’m in Maryland, in the middle of a tour. On Tuesday, I flew into L.A. for Dora the Explorer: Lost City of Gold, which is coming out [July 31].

MC: Particularly for a musician, your IMDb page is quite impressive.

Navarro: I have done voiceover work for about 20 years. I’ve done over 150 episodes of Family Guy too. I have a constant, steady barrage of projects.

MC: Do you ever worry about burnout?

Navarro: I’ve been touring like this for about 30 years, and it doesn’t burn me out. Me being home for a month is a luxury—then I get stir crazy.

MC: Why do you think that is?

Navarro: A lot of it came from a fear that if I wasn’t on everyone’s radar for too long, people would forget about me. Bigger artists can do the album-tour cycle for three months every other year, but off-dates are expensive [for me]. I like to keep [my tour schedule] tight and full—and then rest.

MC: And you’re fitting in your advocacy efforts as well.

Navarro: Yes, and I’m also currently lecturing at the Berklee College of Music. A friend of mine teaches there. I teach people how the sausage is made. I’m on the National Board for SAG-AFTRA, am [a past president] of the Folk Alliance International and an Advisory Trustee to the [Golden West Chapter of the ALS Association].

MC: As an advocate for artists, what is your primary goal?

Navarro: My primary goal is putting more money into the pockets of middle-class, working artists. There are always superstars—they’re the tip of the iceberg—and novices, but it’s the middle section I care about: Those who are putting their kids through college and making car payments. With the music industry’s revenue streams having changed, middle-class people who used to be able to make a living can’t anymore. I want to help artists figure out how to do things better, like dealing with contract terms.

MC: You seem to be handling your own music career well, issuing your first solo album through Red Hen Records.

Navarro: It was a big transition after Eric died. We were active for 20 to 25 years. We started playing in ’88, toured until 2008, and he died in 2012. In reinventing myself, I had to turn the barge around and figure out what I needed as an artist. I put out [Skinless: The Shed My Skin Demos] in 2013, which was a stopgap until I put out the solo album last year. It took a long time to make.

MC: You have a handful of covers on the album, too, from Kenny Edwards’ “Night Full of Rain” to Jimmy Webb’s “Wichita Lineman.”

Navarro: My favorite is actually “Sweet Sixteen,” a Billy Idol song that always seemed out of character for him. It always seemed like a bluegrass song to me. It came out in 1986, and I loved it. Billy actually wrote it. It’s a true story about a guy who was stood up at the altar by a 16-year-old and was haunted by her memory. The legend was that he levitated the stones to build the Coral Castle.

MC: So you’re performing Shed My Skin songs on the road through the summer, and capping off the tour with a cruise on the Mediterranean Sea?

Navarro: Yes. I like engagement affairs: They’re a chance for fan engagement in a way that’s very deep and focused. There are about 1,500 people on the ship overall. My group is closer to 75-80. We have breakfast and lunch and do excursions together. Two years ago, we did Barcelona to Marseilles, Nice, Florence, Rome and Naples, and we had a guided tour of the Vatican that [went extra-long] because the guide liked us. 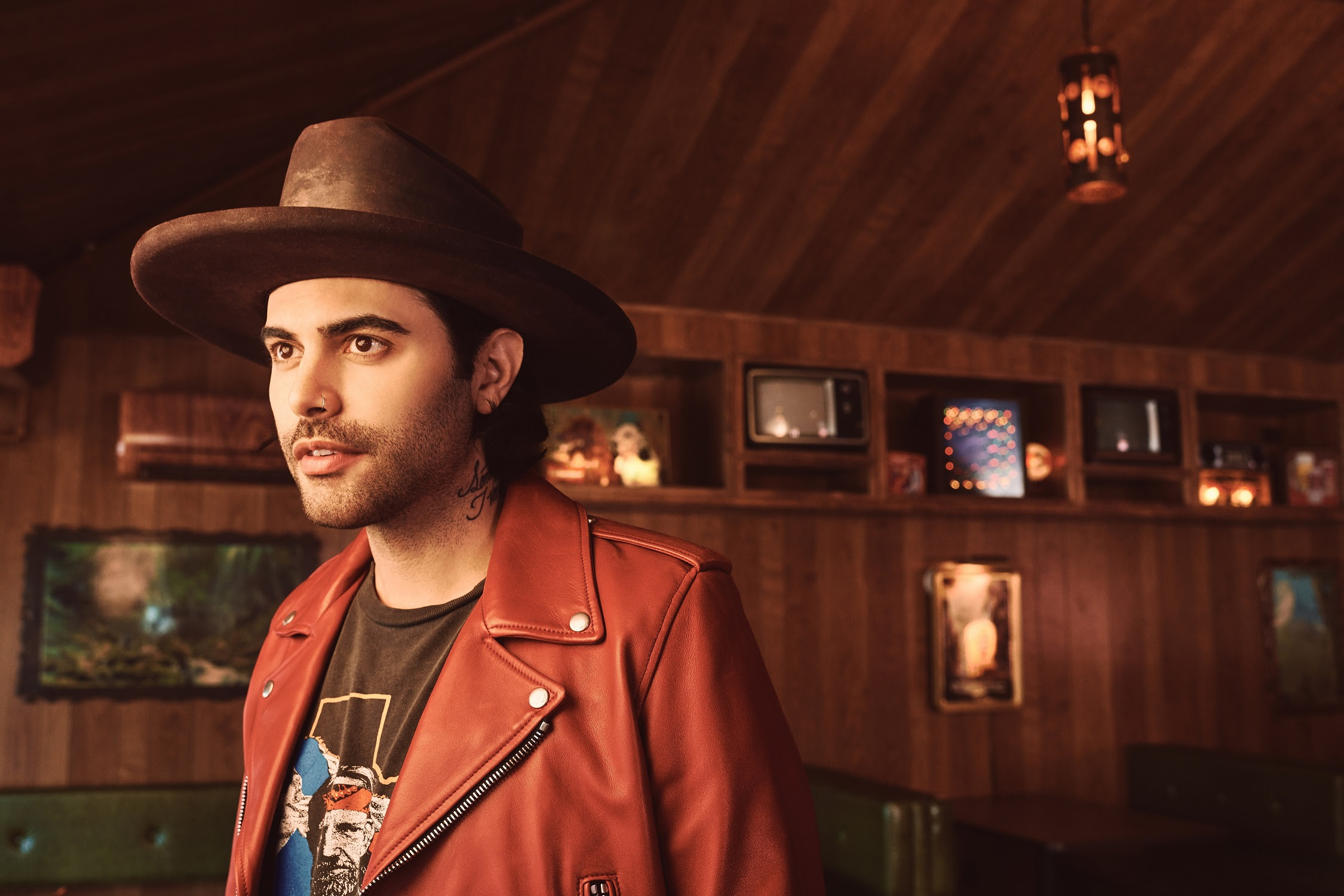