Brazilian legend Gilberto Gil was complemented on stage with accordion champion, Mestrinho, as well as Domenico Lancelotti and his cerebral approach to drums and percussion. In addition, he was joined by his talented son, Bem Gil, on guitar, bass and a variety of original sound making instruments, reproducing Choros and Sambas that were composed and made famous decades ago by Joao Gilberto.

UCLA’s Royce Hall Theater added a special element of intimacy to a joyful night. The room, filled with some of the leaders of L.A.’s music industry such as Quincy Jones, was serenaded by the soft melodic tones of Bossa-nova. Gil opened the show with “Aos pés da Cruz,” a samba by Zé da Zilda, famously recorded by Joao Gilberto. Its recording had great influence on Gil and the career of his Tropicalia partner Caetano Veloso. Gil also included the soundtrack he made in 2014 for the movie Rio Eu Te Amo, in which he sings his love for the city of Rio de Janeiro. At the chorus he switched the meaning of “rio” to “to laugh,” singing “rio e choro” as in, “I laugh and I cry for Rio de Janeiro.” “Ladeira da Preguiça,” “Maquina de Ritmo” and “Mancada” were some of his own sweet sambas played, finishing the set with “Chiclete com Banana” and “Meio de Campo” while audience members sprung from their seats to dance in the aisle. He was then welcomed back to the stage for a very special encore performance of “Eu Vim da Bahia” and “Aquele Abraço.”

With impeccable vocals, instrumentation and sound, Gilberto Gil, now 72 years old, transcends positive vibrations on stage. The influence of his lyrics in Brazil have been powerful since the late 60s when the country was under a military regime. At the time, Gil and Caetano Veloso were arrested, tortured and exiled in London because the popular influence of their music was seen as a threat to the government. Nowadays they are considered two of the most precious legends still making music in Brazil.

Gil and Veloso will be touring Europe together this summer with the tour “Dois Amigos Um Seculo De Musica,” celebrating 50 years of music and friendship. The Montreux Jazz Festival will be one of their famous stops. 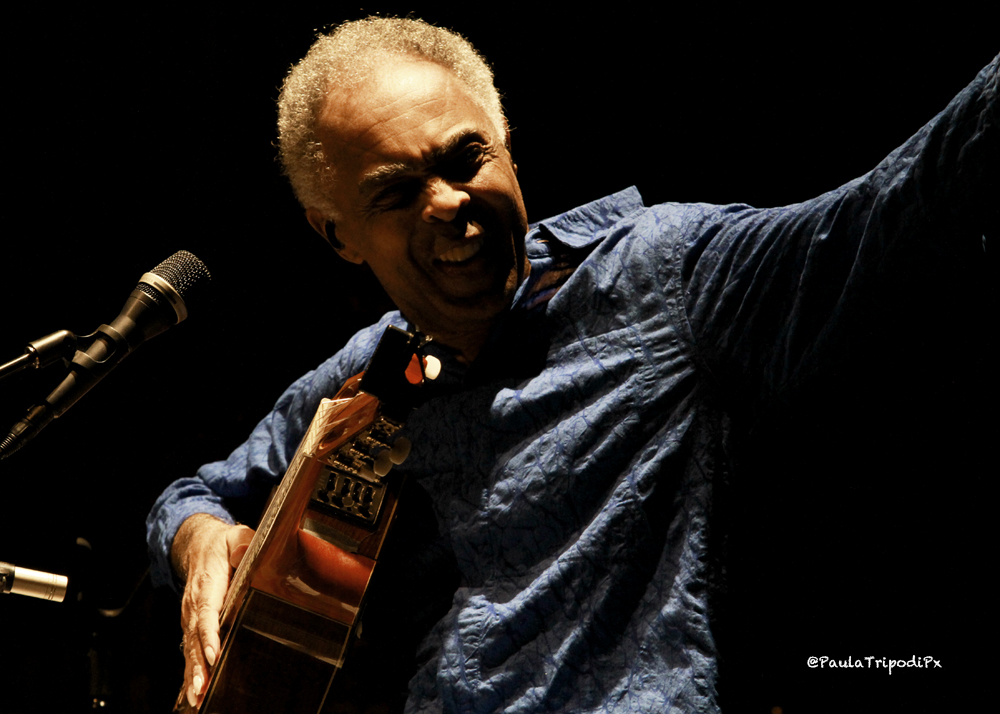