Throughout our careers as independent musicians and working with a label, our band, Thousand Foot Krutch, had the opportunity to experience many aspects of the music industry. Time and time again, we’ve been asked why we choose to remain independent, and we’ve finally been able to boil down our response to two words: “our audience.”

Before signing with Tooth & Nail Records back in 2003, we had been independent for years, and after spending 10 years with the label, we chose to be independent musicians again. We teamed up with our current manager, Tony Patoto (Fuel Music), who had a relationship with the highly recommended digital music distribution and publishing administration service provider, TuneCore. With our decision to remain independent, it was important for us to find a service that allowed us to retain 100 percent of our sales and royalties but also give us the opportunity to take charge of our own careers. Since that day, TuneCore has been an incredible help on this journey. We knew the decision to go independent was a big risk but we felt this was the right thing for this band as it has allowed us to develop a closer connection with our audience. Our experience as an independent band has been liberating—when we get inspired to try something new, we can act on it without limitations, resulting in some incredible breakthroughs.

As much as we love being independent musicians, we must set the record straight (no pun intended) that being independent is not for every artist/band. One of the many benefits of independence for us is overall greater creative control—not just on our albums, but in the way we wish to release them. You also have a greater ratio of risk vs. reward—if things go well, the reward is greater, but if things don’t, you hold much greater risk too. Not everyone’s willing to take that risk, or should for that matter, but we have seen the great benefits that come from taking these risks.

On the other hand, there are some drawbacks to independence, which largely depend on your team and how well you can execute the release strategy, the band and marketing, sales and distribution, radio promotions and various day-to-day tasks at-hand. This can be smooth if everyone’s firing on the same cylinders and sharing the same vision, which fortunately we can say is the case most of the time for our band—but it can be an absolute nightmare if this isn’t the case.

Like any career milestone, releasing an album as independent musicians is a process that comes with its successes and challenges. For our most recent album, Exhale, released this past June, I worked on the songs for a year or so prior to recording—both on and off the record—either in my home studio or on a portable rig. From there, the rest of the band and I went back and forth on a final decision for what songs would make the best collection for the album. This typically takes a month or two and then we hit the studio to record. We’ve produced the last handful of albums ourselves remotely in our home studios, along with our good friend and producer, Aaron Sprinkle. This approach was something we choose to invest in along the way, and it’s proven to be a good one. From there, it takes about six to eight weeks to track the album and then another three to four weeks for mixing and mastering.

Unfortunately, there are always a few challenges when recording an album remotely—the biggest one being communication with everyone involved and staying on top of the overall production itself for each individual song. That’s a full-time job for me during this process. As always, the best part of releasing an album is seeing everything come to life—as an artist, it’s truly exciting to watch and listen to it unravel. Of course, an added bonus for the band and me is that we always have a blast working with good friends and great musicians! 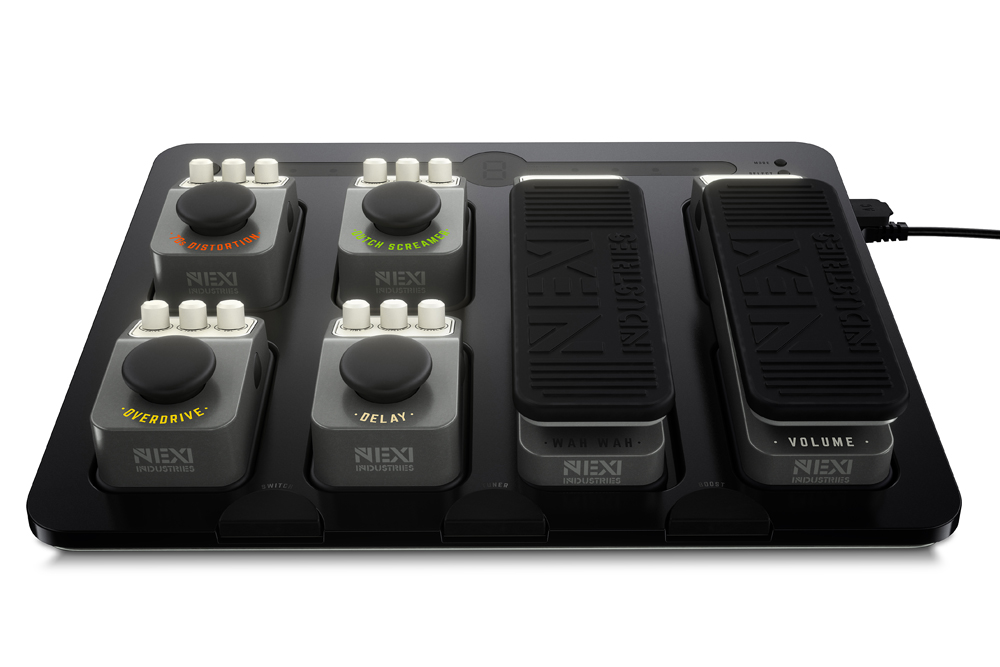