Celebrating Three Decades of Sonic Innovation: Throughout 2016, Santa Monica, CA-based Apogee Electronics celebrated its 30-year anniversary by continuing its trademark audio innovation. The company made its name designing filters that solved many of the initial problems associated with digital audio. Companies like Sony and Mitsubishi began using Apogee’s conversation filters in their larger systems—which led to a substantial difference in sound quality. The result was a more accurate conversion of a musician’s performance. Apogee became an innovator in making studio-quality recording available to users at all levels, from multi-channel installation in a commercial facility to personal audio interface in a home environment. Today, its converters and audio interfaces are regarded as the reference standard in the industry, as evidenced by their use on recordings by Lady Gaga, Rolling Stones, Taylor Swift, Jay Z, the Chainsmokers, Foo Fighters, Beyoncé, Alabama Shakes and Ryan Tedder.

Symphony I/O Mk II: This past year, Apogee introduced their Symphony I/O Mk II, the second generation of their flagship multi-channel interface. It features Apogee’s newest flagship AD/DA conversion, modular I/O (up to 32 inputs and outputs), intuitive touchscreen display and optional world class microphone pre-amps. Designed to deliver professional sound quality for audio recording, mixing and mastering, it is being touted as the ultimate music production centerpiece for any modern studio. It comes with direct connectivity to one of three different platforms—ThunderboltTM, Pro Tools® HD or Waves SoundGrid® network. Thunderbolt is one of the fastest and most reliable connectivity platforms. The first gen Symphony could work with 16 channels over USB up to 96 kHz. 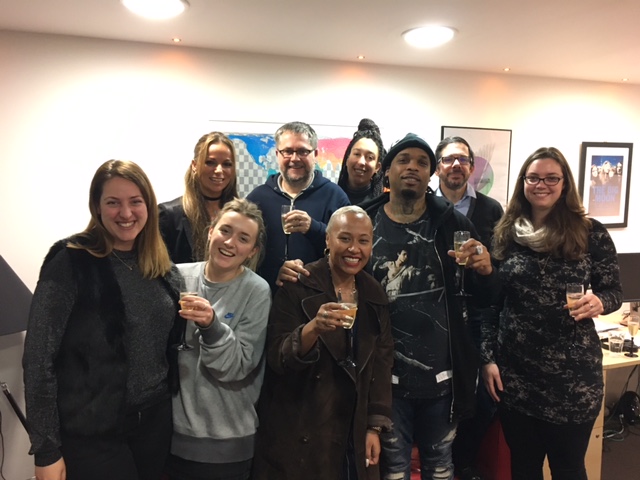