Unsigned Only is introducing a brand new promotion called Network Now, accepting entries through April 11, 2022. The goal is to connect one really talented artist with an All-Star team of established music professionals who have a proven track record of success in the industry.

This is one of the best prize packages Unsigned Only has ever put together since launching over 10 years ago. Connecting with such high-profile executives like these is an unprecedented and once-in-a-lifetime opportunity.

Since he began his career in 1977, Lillywhite has been credited on over 500 records, and has collaborated with a variety of musicians including new wave acts XTC, Big Country, Siouxsie, and the Banshees, Simple Minds, the Psychedelic Furs, Toyah, David Byrne, Talking Heads, and Kirsty MacColl, as well as U2, the Rolling Stones, The Pogues, Blue October, Steel Pulse, Peter Gabriel, Morrissey, The Killers, Dave Matthews Band, Phish, Counting Crows and Joan Armatrading. He has won six Grammy Awards, including Producer of the Year, Non-Classical in 2006. In 2012, he was made a Commander of the Order of The British Empire (CBE) for his contributions to music. 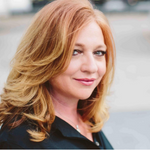 For over 10 years, Callahan-Longo served as Executive Vice President and General Manager of Beyoncé’s Parkwood Entertainment. Callahan-Longo grew Parkwood Entertainment into its #2 ranking on the Fast Company Top 10 Most Innovative Companies List, received an Emmy nomination as executive producer of the HBO film “Beyoncé & Jay Z: On The Run,” and was included in Billboard Magazine’s annual list of The Top 50 Women in Music in 2014 and 2015. Since leaving Parkwood Entertainment, Lee Anne worked as a Partner at Maverick Entertainment to manage artists like Ricky Martin and continues to scout unsigned talent for future management possibilities. 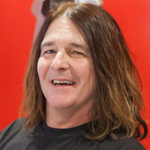 All styles and genres of music are eligible for consideration. You are welcome to enter new songs or songs already entered into the competition. Each mentorship will consist of a phone call and/or an online meeting with each mentor where the winner can receive advice, feedback, and guidance on their music and career.

Additionally, every song entered into this promotion will also be included in the overall 2022 Unsigned Only Music Competition.