The Doobie Brothers and Michael McDonald at the Forum

To celebrate the Doobie Brothers’ 50th Anniversary, the group announced a 50th anniversary with Michael McDonald to take place in 2020 which had been postponed to this year due to the Covid-19 pandemic. 2020 also happened to be the year The Doobie Brothers were finally inducted into the Rock N Roll Hall of Fame along with McDonald.

The Doobie Brothers stopped at the Forum in Los Angeles, CA Saturday night. They had most recently played the Forum in 2018 with Steely Dan and in 2017 with Chicago. The Doobie Brothers also played Classic West at Dodger Stadium in 2017. The Doobie Brothers have gone through a number of lineup changes over their 50 year history but have always included founding members Tom Johnston (Guitar/Vocals) and Pat Simmons (Guitar/Vocals). From 1971 to 2016 there had always been two drummers in the group, but in 2016 Ed Toth who joined in 2005 (Vertical Horizon) became the sole drummer and in 2018 former Allman Brothers percussionist Marc Quinones joined the group. In the past decade there was another lineup change when Guy Allison the group’s keyboardist of nearly 20 years left the group and former Little Feat keyboardist Bill Payne joined. The Doobies Brothers also include John McFee (Guitar/Violin/Harmonica) who was a member from 1979-1982 and joined again in 1993. McFee is the only official member other than Johnston, Simmons, and McDonald. Bassist John Cowan was a member from 1993-1995 and then again starting in 2010. Since 1998 Marc Russo has been the sax player. McDonald joined in 1975 and in the seven years he was a member until the band split up the group released four of their biggest selling albums. McDonald had a majorly successful solo career following the end of the group and has appeared with the Doobie Brothers on and off since they reformed in 1987.

The Doobie Brothers hit the stage at 8 P.M. and played a staggering 29 songs over 2.5 hours Seeing that the Doobie Brothers had over 30 charting singles it made sense. The band went old school for this tour with no video screens other than four small screens behind but none streaming and had a simple lighting system as well as only essential equipment onstage. The set was all Doobie Brothers songs where a group like the Eagles includes solo hits as well. This show took place just a week after the release of their first album in seven years Liberte, with the exception of Southbound in 2014 which was a duets album of the group’s classics.

The opening song was “Nobody” followed by the hit “Take Me In Your Arms (Rock Me a Little While.” Other hits included “It Keeps You Runnin’,” “Minute By Minute,” and “Jesus Is Just Alright.”I would call the last eight songs the sing-a-long portion of the show since they spaced out some hits earlier. Three of those songs made up the encore. McFee delivered an outstanding harmonica solo for “Long Train Runnin’” and also included a drum/percussion solo from Toth and Quinones. Throughout the show McFee played several instruments including guitar, pedal steel guitar, harmonica, and for “”Black Water” played the fiddle.” McDonald also played several instruments which were keyboards, accordion, and guitar. The second to last song of the encore was “Takin’ It to the Streets,” which started with an extended saxophone and keyboard intro between McDonald and Russo. The final song of the evening was “Listen to the Music.” 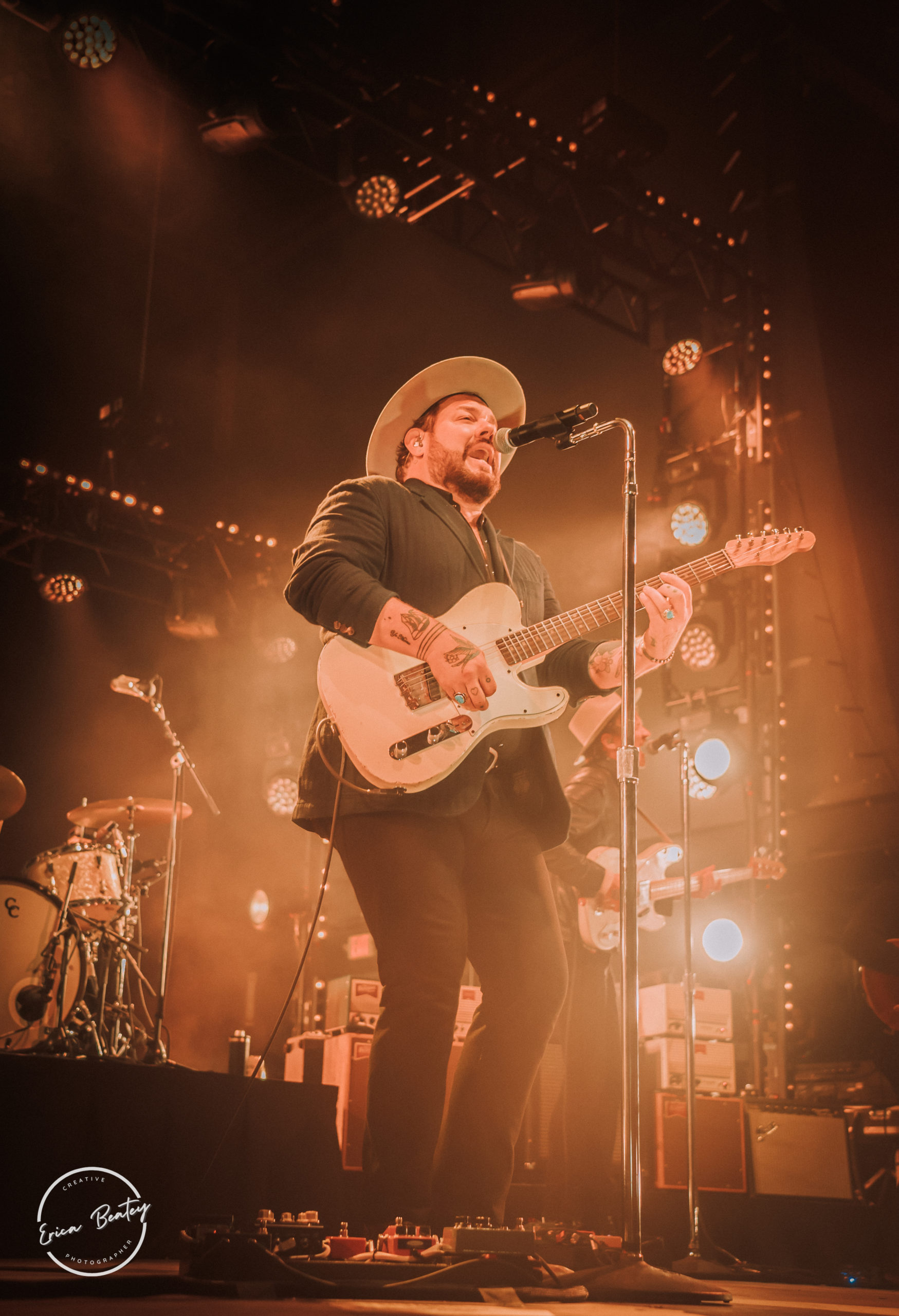 Nathaniel Rateliff and the Night Sweats at ...