Forged from a creative collective years in the making, Finishing Move, Inc. was established on simple fundamentals: create the best content possible and build something greater than the individuals involved.

Meeting 10 years ago in San Francisco, Brian Trifon and Brian LeeWhite have backgrounds in music as well as in marketing and advertising, later progressing to writing jingles and collaborating on projects, which brought them to their first video game project.

The duo formed Finishing Move, Inc. and hit the ground running when working on the music for Xbox game Halo 2: Anniversary, a remastered version of Halo 2 that featured extra content, high-definition resolution, a completely re-imagined and re-recorded music score, and re-mastered graphics and audio.

That early project led to opportunities with Halo Wars 2, Crackdown 3, and Borderlands 3. Trifon explains that the duo is usually given a version of the game that isn’t playable yet with minimal game capture:

“We’re not scoring for a movie or TV where scenes are picture locked and happen the same way each time—it's more concept art and gameplay capture, so we have a lot of discussions about what we're trying to accomplish stylistically. For Borderlands 3, which is a massive game, they needed a number of composers. So as we were writing music, we would play test and see how it’s working in context, and then adjust our writing to that.”

He adds that the team are often the last people to add their skill set to a game, in terms of sonics and mastering:

“A big part of our process and something we really pride ourselves on is having a really great mix space and deep knowledge of the sonic process to make stuff sound good.”

According to White, in terms of working with instruments, the Fusion's transformer options sound a little sweeter on a bass guitar or vocal:

“It's got this sparkly ‘pop’ that can turn a mix a little bit roasty, which is cool for a very specific kind of mix. When you use them on an individual vocal, electric guitar part, or bass guitar, they have this really vibrant sparkle that helps you through the mix.”

For Trifon and White, scoring video games is always about finding the right sonic recipe.

“There are no rules, and we're always trying to push the boundaries in terms of what's possible in realtime, especially with the nature of a video game, where there is no locked script, as such,” Trifon summarises. “How do we make it feel like a film when we don't know exactly when the tank will blow up, you know? [smiles] So sometimes it's about cheating the cinematic experience a little.” 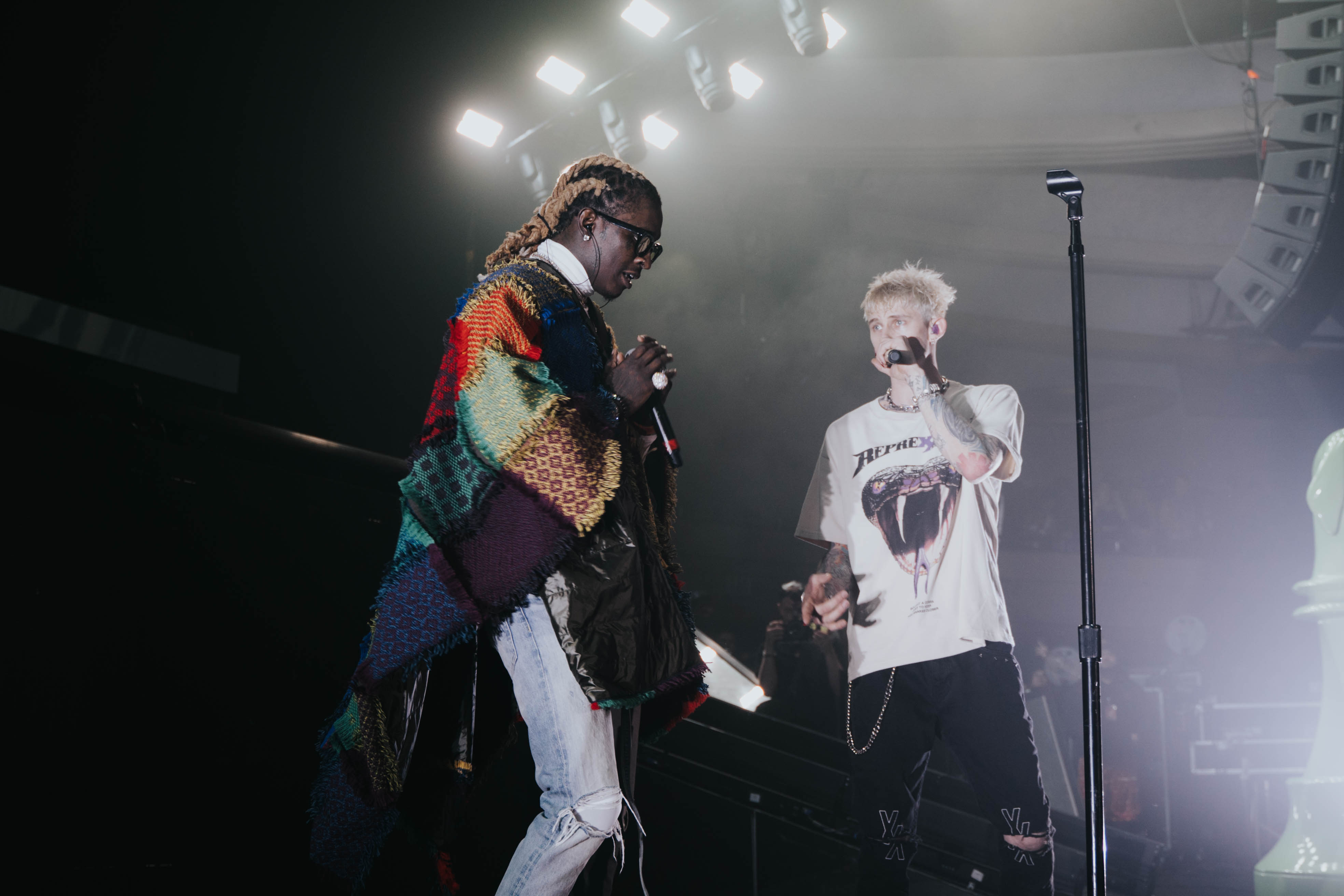 MGK + Young Thug at the Hollywood ...