With their latest full-length release Map of the Soul: 7, Korean superstars BTS reconfirm their status as the most successful pop band in modern history. Entering the US charts at Number One, the collection topped the charts in the five major music markets in the world, making BTS the first Asian group to achieve this milestone.

Los Angeles-based songwriter and producer Ellis Miah contributed to the project as a co-writer on the song “Inner Child” with BTS members V, RM and Pdogg, plus Ryan Lawrie (KOOLKID), Aiden “ADN” Lewis, and the duo of Matt Thomson and Max Graham, known collectively as Arcades.

Despite this broad cast of creators, Miah believes that the song has an organic soul. “It was contributing without a motive,” he explains. “When we started working, it wasn’t for specifically anybody. It was each person suggesting ideas, and it became this special thing that I don’t think any of us predicted or planned.”

Ellis Miah has credits across a broad spectrum of the music business, not only as a songwriter and producer, but also as an artist and a DJ. He has deep roots in the dance music world, with remixes and productions for Annie Lennox, Christina Aguilera and Jennifer Lopez among many other artists.

Originally from New York City, Miah moved with his family to Miami where he was signed to a development deal at age 11. As a young teen working on a record, he learned a valuable lesson. “The producer was finishing a track up and I was doing ad libs. I was in my head, and attaching all of this pressure. The advice he gave to me was this: ‘Never bank on a record, bank instead on your talent.’ That has served me well.”

Miah approaches his projects with an adventurous mindset. “To me, the muscles are the same. There are writer-producers who do a specific thing––and there’s power in that. In a short amount of time you can make an impact on a market. But when tastes expand, it’s hard to pivot. There is this saying ‘you’re only as good as your last record’––but only if you make it about your last record. People need to know your skill set. That’s what longevity is.”

Credited as a songwriter, producer and guest vocalist with RuPaul Charles––best known as his bewigged host of RuPaul’s Drag Race––on his holiday record “Slay Belles,” Miah says that seasonal cuts are money in the bank. “As a DJ I learned there is a reason that ‘All I Want for Christmas’ is played a million times. It’s one of five uptempo Christmas records. In creating songs that have lives every year, uptempo is what you need.”

As a keyboard player, Miah is an analog aficionado. “I am on my third Juno 106. I have a Casio CZ-101 that I’m dusting off and using for bass lines. I had a Rhodes a long time ago, and I think that will be my next addition to the studio. Outside of metal, it works in any genre. You go through these periods where you discover the things analog has to offer. Then fuck it: it’s old and noisy, and digital is much better. So I’ve bought and sold so much gear. But I’m not selling any of my analog gear, ever.”

Miah founded a record label that he calls Bodega Superette. “I started it as a way for my artist friends, who didn’t know how to maneuver through the label release process. It’s music that’s very accessible, it’s just not pop radio music.”

He says the label’s name speaks to eclecticism, his hometown and a diverse background. “I am many things, but mainly Bengali and Puerto Rican. What’s similar about New York and my label are the eclectic little corner stores––businesses my people might have owned.”

As a Los Angeles resident, Miah is grateful for the flourishing opportunities that mark his ever-shifting career. “Since the Gold Rush, people have come to California for reasons of reinvention and possibility. So you meet other people who are on the same track. That is a currency that is priceless.” 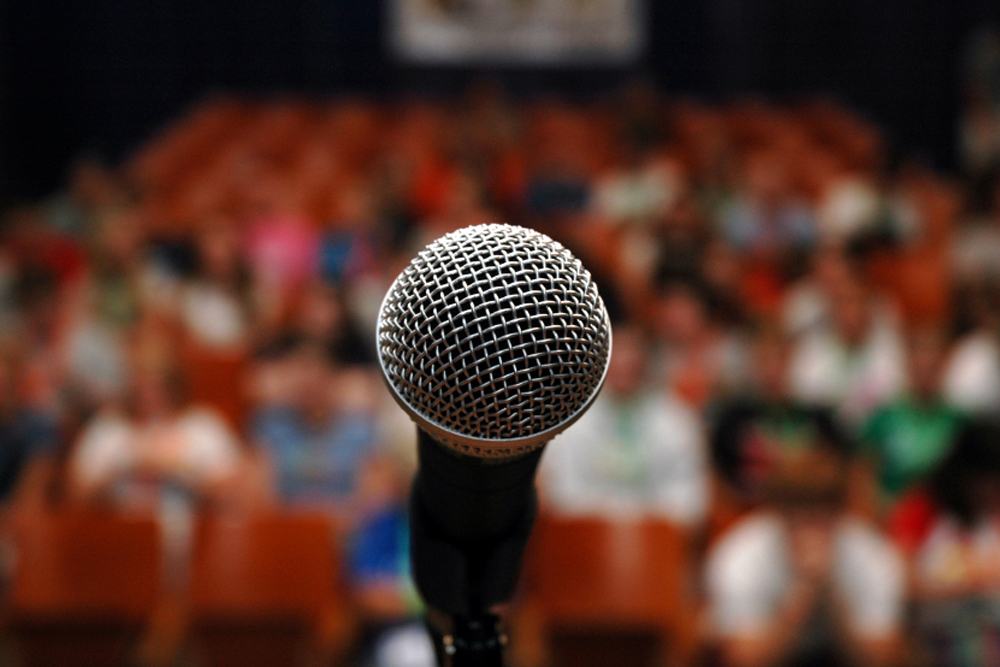 9 Tips to Help You Overcome Stage ...