An honoree in the Nashville Songwriters Hall of Fame, Leigh is the writer of hits including “Don’t It Make My Brown Eyes Blue” for Crystal Gayle, a Grammy and CMA Song of the Year honoree; and "The Greatest Man I Never Knew," by Reba McEntire. His credits include songs for artists like Dixie Chicks, Ray Charles, Don Williams, Tammy Wynette, Ronnie Milsap, Alabama and Kathy Mattea.

On this morning, Leigh has just returned from a concert at the Birthplace of Country Music in Bristol, VA, a museum that recognizes music publisher Ralph Peer’s “Bristol Sessions,” that introduced The Carter Family and Jimmie Rodgers with songs that form the firmament of country music. Wandering One, with its homespun performances and story songs, is reminiscent of this Appalachian era.

“Sometimes I think I’m a frustrated preacher myself,” muses Leigh. “Wandering One” references a parable Leigh explains. “It was originally ‘Rambling One.’ I wrote it when I was in college in Virginia back in the ‘70s, when all of the folk singers had to ramble. Forty-four years later, when I was thinking about making this album, I remembered the song and changed the title. And I realized that it is the parable of the lost sheep from the Bible.”

He relates he has been queried about his songs’ meanings. “I was at a lake with a bunch of people on pontoon boats once,” he recalls. “And a woman in a bikini asked me, ‘How can someone have both brown eyes and blue eyes at the same time?” Similarly, “The Greatest Man I Never Knew,” about the dysfunctional relationship between a father and a son, confused another listener. “There is the line, ‘The greatest man I never knew lived right down the hall.’ I was asked, “If the guy lived right down the hall from someone, how could he not know him?”

“Laurie” from Wandering One is also an older story song about a wedding night that turns deadly when a jealous groom is killed defending the honor of his bride. “I wrote it when I was playing coffeehouses in college,” says Leigh. “It was my first kind of ‘hit,’ the one that the audience requested when I would perform, and that other artists wanted to do.”

The early ‘70s, when Leigh arrived in Nashville, was a time of transformation. “The first night I was in town I went to a recording session with Waylon Jennings, produced by Jack Clement,” he remembers. “I didn’t fit it. They were cool and I wasn’t.” He co-wrote with the late Guy Clark, and his wife Susanna, who Leigh remembers as “…the brightest person I ever met,” and with whom he penned “Come from the Heart,” a Number One country hit for Kathy Mattea. It includes these rarely attributed lines, “You’ve got to sing like you don’t need the money/Love like you’ll never get hurt/You’ve got to dance like nobody’s watchin…’” a part of the American cultural vernacular.

In concert, Leigh’s stories about his songs and his life are integrated into musical experience. “Finding love, losing love and finding it again,” he says. He spends a great deal of time traveling, as he explains, “Many hours behind the wheel. I don’t fly, so it might take me a couple of days to get to and from a show.”

Orphaned at an early age, Leigh had four fathers and three mothers by the time he was 14. He sponsors The Richard Leigh Songwriters Festival and a songwriting competition at his alma mater, Virginia Highlands Community College, to benefit foster youth. Above all, Leigh appreciates the freedom to keep making music and writing his indelible songs. As he sings on Wandering One, “I put my worries in a song/When trouble troubles me.” 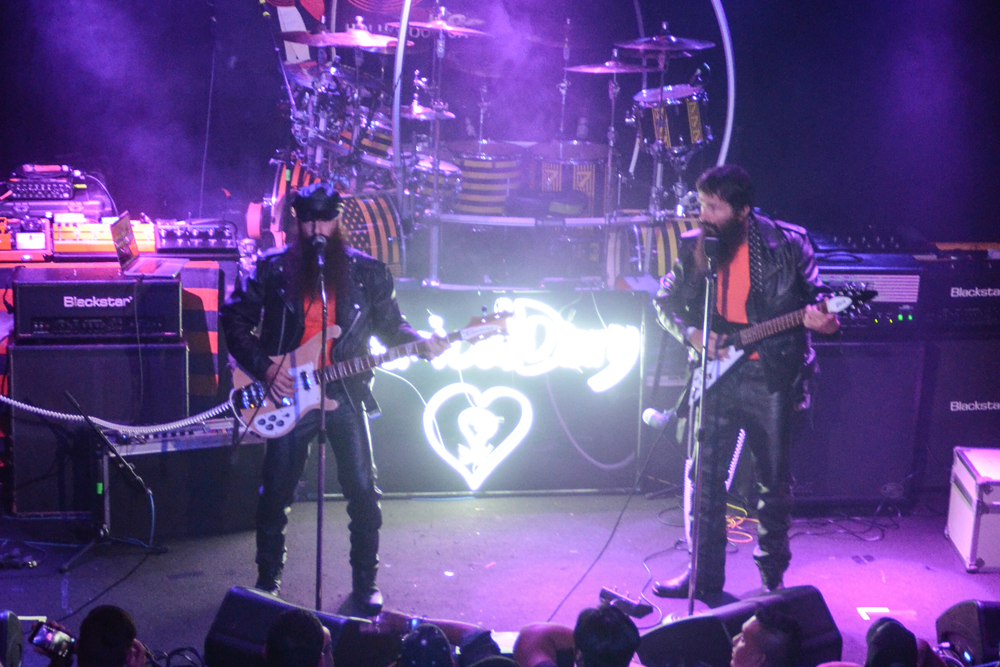 Chemical Diary at The Whisky A Go-Go ...