Rod Stewart and Cheap Trick at the Hollywood Bowl

Sir Rod Stewart and Cheap Trick kicked off their summer tour at the Hollywood Bowl June 14th. This marked Stewart’s first appearance at the Bowl since his historic reunion with Jeff Beck in 2019 and Cheap Trick's since performing there with Aerosmith in 2012. Stewart’s career goes back 55 years and next year will mark Cheap Trick’s 50th anniversary. This was Stewart’s first tour since the Covid-19 pandemic, though he returned to Las Vegas for his residency at the Colosseum at Caesar's Palace in October of last year and was performing there up until two weeks before the tour. Cheap Trick has been on the road since June last year and the most recent show around L.A. was at the Pacific Amphitheater (Orange County Fair) in August last year. Their last show before this tour was the Boston Calling festival, May 27th. Stewart’s most recent performance was in the U.K. at Queen Elizabeth II’s Platinum Jubilee just last week. This was a night filled with hits, as expected. The '70s had many great artists, but Stewart and Cheap Trick both remain very popular to this day. Stewart was inducted into the Rock N’ Roll Hall of Fame as a solo artist in 1994 and again with the Faces in 2012. Cheap Trick was inducted in 2016.

Cheap Trick began the show at 7:30 while there was still daylight, this marked their first appearance at the Bowl in a decade. The group formed in Rockford, IL and from 1974-1980 and 1987-2010 consisted of frontman Robin Zander, guitarist Rick Nielsen, bassist Tom Petersson (left 1980-1987) and drummer Bun E. Carlos, which was the lineup inducted into the Rock N Roll Hall of Fame. Carlos left the group in 2010 and since then Rick’s son Daxx Nielsen has been the drummer. Zander’s son Robin Taylor has also been a touring member since 2014 as a guitarist, but has been filling in on bass for Petersson while he was recovering from open heart surgery. Petersson is now back on tour. One example of Cheap Trick’s legacy is that their historic Cheap Trick at Budokan performance and live album in 1979 made the venue known for their performance. Also, Cheap Trick has a place in pop culture between several Simpsons references, being talked about in Fast Times at Ridgemont High (1982) and “Surrender” being sung, their song “Mighty Wings” in Top Gun (1986) and their performance in Daddy Day Care (2003).

With many Classic Rock groups playing the same set each night, Cheap Trick changes theirs, but has always opened with “Hello There,” as the perfect way to kick off their performance. Cheap Trick played just 13 songs, including major hits like “Dream Police,” Fats Domino’s “Ain’t That a Shame,” “The Flame,” “I Want You to Want Me,” “Surrender,” and ended with “Good Night.” Cheap Trick released their 20th studio album “In Another World” last year. In total all but one of Cheap Trick’s albums charted and have 17 charting singles in the U.S.

A few words to describe a Rod Stewart concert would be elegance, class, style, and sexy. Stewart came to fame as the singer for the Jeff Beck Group, followed by being a solo artist and a member of the Faces with future Rolling Stones guitarist Ronnie Wood. Stewart’s breakthrough solo album was Every Picture Tells a Story (1971), which went to number one in four countries and was certified platinum. Stewart was ranked as the 15th Greatest Artist of all Time and 6th for male solo artists by Billboard. Billboard also put Stewart as the 20th Greatest Hot 100 artist of all time, as well as the 13th Greatest Billboard 200 Artist of all time. Stewart has had seven number one albums in the U.K. Stewart was knighted back in 2016. Between The Faces and solo hits, there’s too many to name but Stewart fit in as many as he could in his 22 song-set. Seeing Stewart you know you’re in the presence of greatness and music royalty. After a celtic tune, Stewart took the stage Robert Palmer style, recreating the video for “Addicted to Love” with his female band members holding guitars and a bass. Stewart followed with one of his biggest hits “You Wear it Well,” followed by a major Faces hit “Ooh La La.” It was like Stewart bringing his Vegas show to the Bowl with similar songs and outfits. It’s certainly one of the most popular residencies of all. There were some new faces on stage since Stewart’s last tour.

“Young Turks” had a little of “America” from West Side Story mixed in and after the song Stewart said “How about West Side Story?” However, there was more than just that, the song also included a drum solo from both of Stewart’s drummer and four of his female members on a drum as well, and a harp solo was included, as well. It’s no secret that Stewart is a major soccer fan and if you’ve attended a show of his in recent years you may notice him kicking out soccer balls, which he did on “Maggie May,” and “Do Ya Think I’m Sexy?” The music video for “Rhythm of My Heart” is about a soldier returning home after a war and, as Stewart said, “Usually I dedicate this to serving soldiers, but tonight Ukraine.” An image of Ukraine President Zelenskyy appeared on the screen and later the Ukraine flag was waving on the screen. During this time the dancers/ backup singers and violinists left the stage for a wardrobe change and came back out, each wearing a color of both the U.K. and U.S. flags, Red White and Blue. Stewart let the ladies take over for a cover of Blondie’s “Call Me.” Blondie played the Bowl back in 2017.

Stewart returned to the stage in his iconic yellow jacket for a more acoustic and intimate part of the show. Stewart and the band came out front, sat and performed five songs this way. The acoustic portion started with Crazy Horse’s “I Don’t Want to Talk About It.” As a joke Stewart said the next song “Handbags and Gladrags” came from his “First album in 1928,” which he did not perform at the Bowl three years ago. The album was released in 1969 and was titled An Old Raincoat Won't Ever Let You Down. In this part of the show Stewart did two of his biggest hits, “Tonight’s the Night (Gonna Be Alright),” and “You’re In My Heart (The Final Acclaim).” Stewart ended this segment with just the main band members on his cover of Van Morrison’s “Have I Told You Lately.” Stewart’s singers/dancers and violinists came back after one final wardrobe change for Donna Summer’s “Hot Stuff,” after Stewart said “Let’s get this party started again.” Stewart performed one final song, “Baby Jane,” before the encore, was Chuck Berry’s “Sweet Little Rock & Roller.” 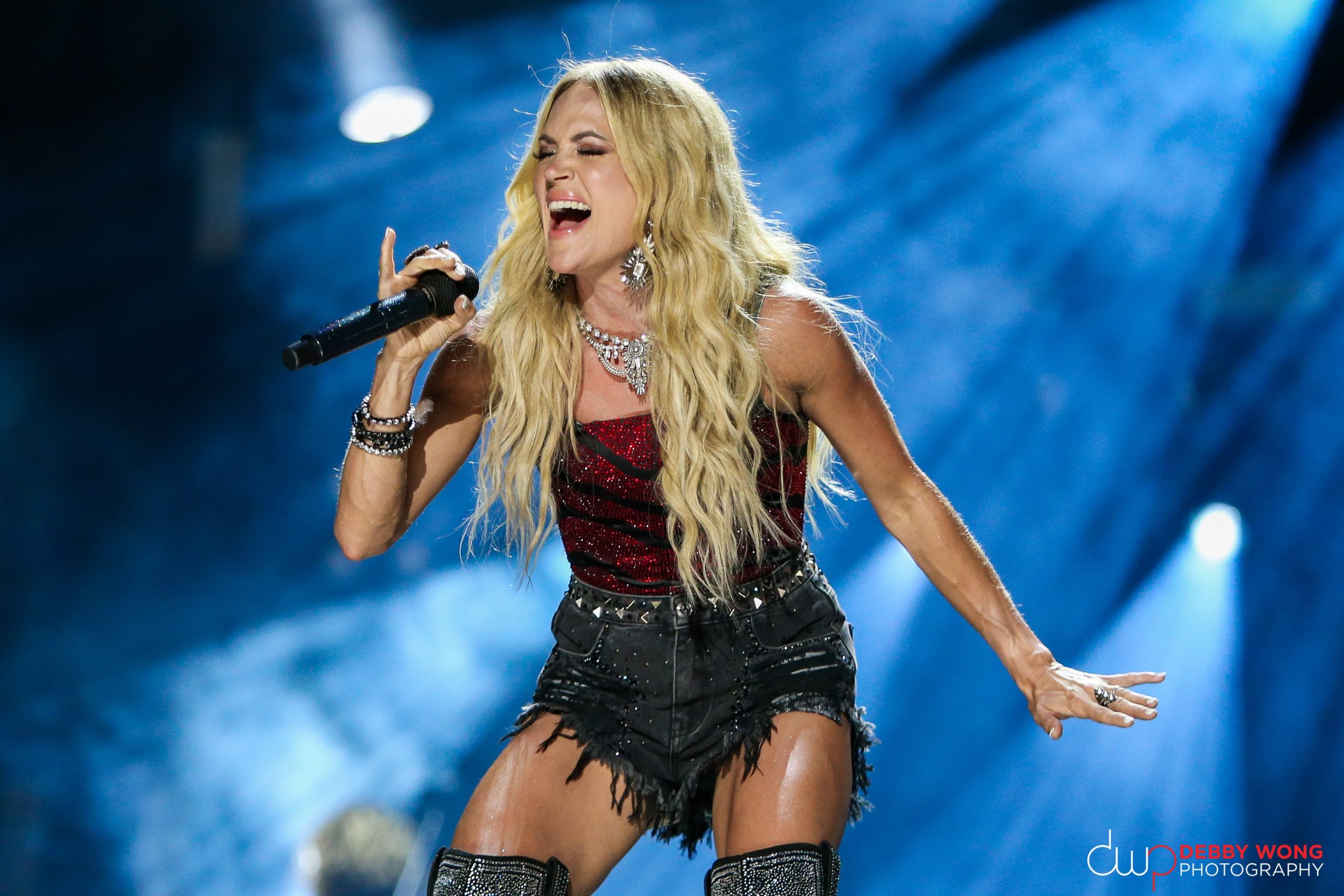