On March 13 - 15, pianists from multiple corners of the piano world will descend upon New York City for the first-ever Piano Summit. This three-day event will cater to pianists from all different backgrounds, genres and career levels and will serve as a forum for a broad spectrum of piano related topics, networking events and nightly live entertainment.

Behind the launch of every new brainchild is someone dissatisfied enough with the status quo to embark on something that will catapult them (and others) to a new growth tier. Rock pianist Mark Weiser played in the trenches of piano bars for years before he realized that organizing and uniting the troops was the best way to bring about change. That in spite of players sharing war stories in the back of bars, their goals and grievances were not being addressed on a larger stage.

Weiser’s first endeavor was the launch of his dueling piano business, “Shake, Rattle & Roll Dueling Pianos,” an all-request evening with two rock pianists taking audience requests throughout the night, coupled of course with a lively party atmosphere. Though the concept was originally launched in New Orleans, spreading west, Weiser’s New York City outfit now employs 30 pianists, branching out into other cities around the country. In New York City, it has grown into one of the most sought-after underground events, which Time Out magazine has named one of the premier nighttime events to check out. Weiser’s many years in the piano bar business has also taught him how to advocate for himself as well as those he employs, making sure that all contracts are honored and working conditions are satisfactory, an important topic that this Summit will address.

It was from Weiser’s years of experience that the Piano Summit was born. Because of his already proven organizational skills, several pro pianists from around the country asked him to look into the prospect of “Shake, Rattle & Roll” producing an all-piano event. As promised, he ran it by his partners Onree Gill and Leslie Dweck, and recognizing its value, they were immediately on board. According to Weiser, “It has never been attempted before on such a scale, and with such professional, top-level, major-label involvement. And that was the only way I would do it—if we were able to garner the best of the best. After all, isn’t that exactly what our industry deserves?” It was decided, hands down, that New York City was the first choice, since there are so many outlets for pianists from multiple disciplines and is considered “the home of the piano bar.”

Music business seminars are certainly nothing new, but this particular event is solely devoted to issues and challenges that working and aspiring pianists deal with, whether they’re employed in piano bars, cabaret, Broadway, TV/film or are students investigating career options. For the first time, pianists will be able to learn, share and discover paths to moving forward in a structured environment, walking away with tangible information and a possible blueprint for the future. As Weiser sees it, “It’s the opportunity to meet with, and learn from, the very best players in the industry, from across the genres. That we have strength in numbers. So much can be accomplished when we all get together in a room. Networking, creativity, socializing, but also unity and bargaining power.”

So what will this three-day event consist of and how will it differ from other music seminars that sometimes can be more of a “money grab” than a real chance for meaningful interaction and career direction. Of course, the best way to draw attention is with some big names on the roster. Weiser & co. have engaged a number of established artists to lead seminars as well as perform in the nightly concert segment. Although still in the process of locking in events and participants, here are some that are already confirmed, along with dozens of sponsors:

“Playin’ in the Band”: a panel discussion with Dave Rosenthal (MD for Billy Joel), Onree Gill (MD for Alicia Keys) and Bruce Katz (keyboard/organ for Gregg Allman) - What do you do when you're the 'other' keyboard player in the band?  Picking parts, arranging, and working in a band context for the touring and performing player.

“9 to 5”: bar owners, agents and industry leaders will discuss what they’re really looking for in auditions, and how piano players can help themselves land that next job.

There will be happy hour networking and social events and nightly big name concerts at B.B. King’s, followed by late-night jam sessions for conventioneers.

Getting a job, which many other seminars don’t address, will be the focus on night two, with an event called “Piano Bar Superstar,” an American Idol-style event where 15 pianists sign up on a first-come, first-served basis to audition for agents, club owners and others in a position to hire. Conceivably any one of these players could walk away with a job offer or the beginning of an agent relationship. Also recently added is a one-time backstage tour of the Broadway smash hit Hamilton.

On the social media front, the Piano Summit has launched a Facebook page dedicated to getting feedback from the piano community about what kind of topics and/or events they would like to see presented.

Weiser is over the moon with the Piano Summit's potential and what the future might hold. “The program is exploring the possibility of expanding beyond the piano world, and creating Guitar Summits, Drum Summits and more. The possibilities are as endless as our audiences’ desires to learn, connect and grow.” 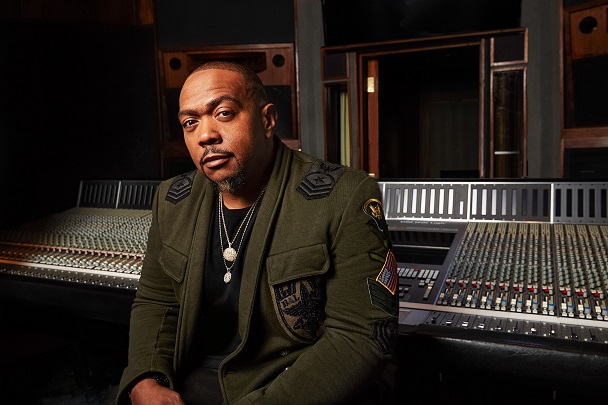