Mayday Parade at The Regent Theatre in Los Angeles, CA

Mayday Parade paraded at the Regent Theatre in Los Angeles, CA for an anniversary tour that celebrates their album A Lesson in Romantics. Anniversary tours in which bands play the entirety of their albums are becoming the new buzz. It’s a great way for new fans to see songs played they may have missed, and it’s also an opportunity for old fans to see fan favorites back on the stage. The biggest challenge of the anniversary tour is living up to the expectations set by the album itself. By the time these tours normally come around--about the 10-year mark--fans have every note, lyric and nuance of the album memorized, and recreating that on stage so long after having originally performed it can prove quite difficult.

In the case of Mayday Parade and A Lesson in Romantics, they also needed to overcome the fact that the original second vocalist on the album wasn’t there to fulfill his role. (Granted, he never was there to perform the songs live as Jason Lancaster left the band shortly before the album was released.) As it turns out, none of these hurdles posed an issue for the band, as they managed to give the audience everything they could have hoped for with the celebration of their debut album. The band was in top form and performed at peak energy, pulling the crowd in for a walk down memory lane that almost felt too short. With 12 songs on the track list, the band beefed up the set list with six more songs including their first-ever song written, “Three Cheers for Five Years,” and a cover of Bob Marley’s “Redemption Song.” During both the anniversary portion of the show, and the compilation of tunes from their discography, there was a never a moment when the energy in the room fell. Even during the slowed down and acoustic portions of the night, singer Derek Sanders captivated the audience and kept them fully engaged.

The standout moment was at the end of the album’s run in the set list when they played the closer “You Be The Anchor That Keeps My Feet On The Ground, I'll Be The Wings That Keep Your Heart In The Clouds.” The song, an emotional soliloquy about trying to find a meaning in life, is arguably one of the best the band has produced. From the lyrics, to the instrumentation and the vocals, the recorded version can make you feel the pleading of Sanders questioning why things are the way they are. It was nothing less than moving, and had this reviewer at a loss for words and with goosebumps running up and down the arms. 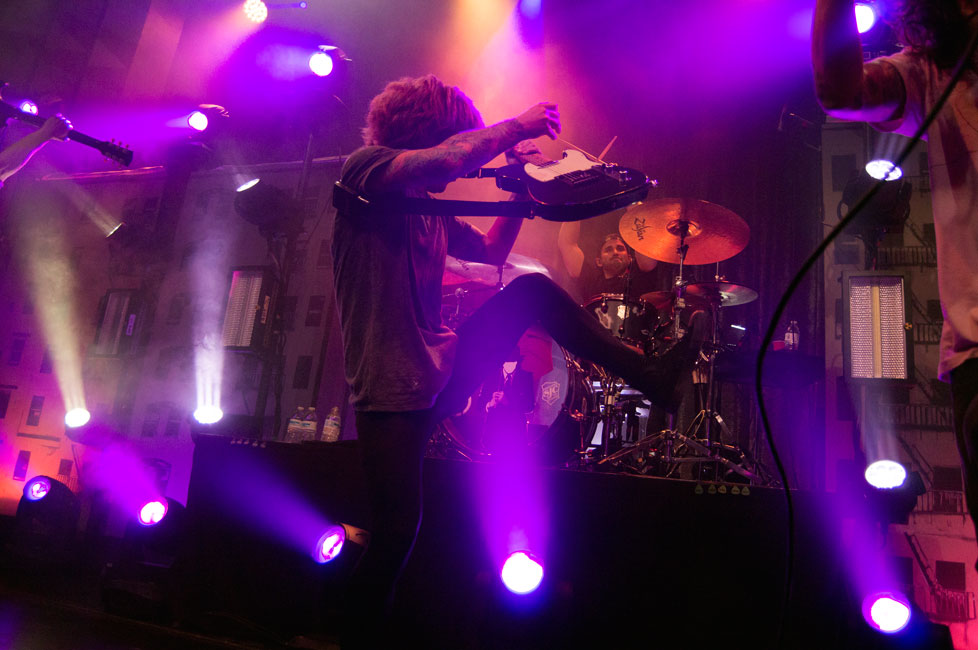 It’s a true testament to a band’s staying power when they can not only make it to the 10-year mark of an album, but can recreate it during a tour to keep things interesting while also keeping it just close enough to the same to not lose the original sentimentality of the music. Mayday Parade managed this feat beautifully and it would behoove their contemporaries to take note from them when embarking on their own anniversary tours. Bring Me The Horizon at Shrine Auditorium ...