Marc Myers is a regular contributor to the Wall Street Journal, where he writes about music and the arts. He is the author of the critically acclaimed books Anatomy of a Song, Why Jazz Happened, and Rock Concert, and posts daily at JazzWax.com, a three-time winner of the Jazz Journalists Association’s award for Jazz Blog of the Year.

His wonderful new book, Anatomy of 55 More Songs The Oral History of Top Hits That Changed Rock, Pop and Soul is now out in hardcover from Grove Atlantic.

Songs that sell the most copies become hits, but some of those hits become something more—iconic recordings that not only inspire a generation but also change the direction of music. In Anatomy of 55 More Songs, based on his column for the Wall Street Journal, music journalist and historian Marc Myers tells the story behind fifty-five rock, pop, R&B, country, and soul-gospel hits through intimate interviews with the artists who wrote and recorded them.

Through an absorbing chronological, song-by-song analysis of the most memorable post-war hits, Anatomy of 55 More Songs provides a sweeping look at the evolution of pop music between 1964 and today. This book will change how you listen to music and evaluate the artists who create it.

"Wall Street Journal arts reporter Myers continues his explorations of the kind of popular music that turns from melody to earworm. When he was 14, recounts Brian Wilson, a neighbor’s dog barked at his mom. When he asked why, she replied, 'Brian, sometimes dogs pick up vibrations from people.' Fast-forward a decade, and that offhand comment became the Beach Boys classic 'Good Vibrations.' Jimmy Webb, similarly brilliant, pushed the 5th Dimension to voice 'Up, Up and Away.'

“The author examines other songs from different viewpoints, as with the six interviewees for Donna Summer’s 'On the Radio.' Altogether, Myers turns in a who-knew kind of book: Who knew that Thin Lizzy’s 'The Boys Are Back in Town' started off as an anti–Vietnam War song? Or that Chic, makers of the disco classic 'Good Times,' thought of themselves as jazz musicians who, as Nile Rodgers tells Myers, 'had set out to update Kool & the Gang'? The narrative contains plenty of joy, discontentment (Joan Jett recalls being weighed down by her best-known song: 'The bad reputation thing was imposed on me'), and even newfound respect. For example, when fronting his own band, Keith Richards realized what a hard job Mick Jagger had: 'being a front man is like nonstop, man.' With snippets of business, creativity, techno-wizardry, and raw emotion, a pleasure for music fans." — Kirkus Reviews

"Myers details how 55 famous songs were conceived, written, and recorded in this perceptive follow-up to 2016’s Anatomy of a Song. Myers provides a brief introduction to each of his picks, and their composers, musicians, and producers share stories behind each song, as well. There are surprising details about musical arrangements...and insight from artists about their lyrics.... Myers has a knack for capturing the artistry of songwriting and easily shows why these tracks are 'iconic but not tired.' This melodic collection will strike a chord with music fans." — Publishers Weekly

"Extending his well-received Anatomy of a Song to a second volume of entries culled mostly from his Wall Street Journal column, Myers says he looks for iconic 'but not tired' hits, tunes that influenced pop music, and songs 'with corners that long puzzled readers.'... In a format identical to the first book, entries here are in chronological order, dating from 1964 (“Walk On By”) to 1996 (“If It Makes You Happy”) and include “Rocket Man,” “Sunshine Superman,” “The Weight,” “Truckin’,” “Fly Like an Eagle,” “Highway to Hell,” “The Devil Went Down to Georgia,” “Don’t Stop Believin',” and “Burning Down the House.” Ephemeral, yes, but these songs are still shared by billions worldwide, and Myers adds important context by interviewing and extensively quoting the principal artists, composers, and producers." — Alan Moores, Booklist

"Insightful... Myers blends research and personal interviews with artists, songwriters, arrangers, producers, and others to create an appealing mix of pop music classics.... Each entry begins with a crisp black-and-white photo of the song’s artist, and, like an album’s liner notes, these pieces provide context and the backstory for each selected song. Pop-music fans of a certain age will enjoy this collection and might even use it as a playlist." — Library Journal.

In a November 2022 email exchange, Myers offered some of the back story about these popular copyrights and recordings.

“The idea for the WSJ’s Anatomy of a Song column was conceived by editors in 2011. After writing the first two or three as a write-through, I decided there would be much more energy and color if I crafted them in the voice of the songwriters and artists. My editors told me to give it a shot. So, I took their words and turned the song’s story into an oral history narrative.

“It quickly turned out that the stories behind the songs were just as poetic as the songs themselves. In addition, I was a able to stir up songwriters’ memories and dislodge facts that hadn’t been capture previously. My mission always was to go beyond what was already reported and to surface as much interesting detail as possible, all in a storytelling format (a beginning, middle and end).

“There were so many wow moments. These included getting clarification of whether the Band was singing “Take the load off Franny or Annie." I also learned that Franny was the manager of New York’s Gotham Book Store that Robbie frequented.

“I also never knew why the single of Crystal Blue Persuasion featured horns but the album version didn’t, why Elvis Costello started “Accidents Will Happen” a cappella with “Oh I…,” how Bob Weir managed to get through the word-jammed verses of Trucking’ so quickly, how Yes managed to create that one-note sound that opens Roundabout, who the inspiration was for the Hollies’ Long Cool Woman in a Black Dress, who Kenny Rogers was thinking about when he recorded The Gambler, the significant of Sept. 21 in Earth, Wind & Fire’s September and who whispered “Be quiet, big boys don’t cry” in 10cc’s I’m Not in Love and who came up with the idea.”

Ironically, or logically, there are a handful of recordings that I have examined and chronicled over the last half century: Dionne Warwick’s “Walk on By,” the Beach Boys’ “Good Vibrations,” and the 5th Dimension’s “Up, Up and Away.”

During the last couple of decades, before the publication of Myers’ book, I interviewed the architects of several landmark copyrights and audio excursions that he praises.

In my 1977 and 2007 interviews with Brian Wilson, we ruminated about “Good Vibrations:

Jimmy Webb: I was a kid out of Oklahoma who headed to Hollywood to become a songwriter. My heroes were Burt Bacharach, Vaughan Williams—ah, The Lark Ascending—and Johnny Mercer. My dad, a hard-down military man who spoke one syllable at a time, gave me forty bucks and wished me luck. Even though the Beatles had turned the music world upside down by writing their own songs, I knew there was still a place for me. They used strings. Buddy Holly used strings. Leiber and Stoller used strings. I wrote those kind of songs.

I walked in off the street to Motown’s Jobete publishers in Hollywood with a bunch of songs I knew were good. The receptionist laughed—“Honey, you know you’re at Motown, don’t you?” “Yes, ma’am.” She gave my tape to a fella who actually listened to it while I sat in reception. He called me in, and I was suddenly, incomprehensibly, a professional songwriter! They paid me forty-five dollars a song—big money. It was a great education. Even the Supremes covered one of my tunes. Johnny Rivers bought my contract out for $15,000, which he subsequently deducted from my publishing monies. All part of an education. Johnny recognized hits, had great ears, and insisted my release from Motown included “By the Time I Get to Phoenix,” “Up, Up and Away,” and “Didn’t We.”

“Up, Up and Away” was written to be the theme to a throwaway teen movie, like one of those beach blanket flicks. A movie producer wanted to do something similar, but make it all about balloons . . . only in Hollywood. He asked me to write a little theme tune, and I just went with it. Sometimes a balloon is simply a balloon. I stole the opening from the Association’s “Along Comes Mary,” almost note for note.

Bones Howe: Johnny Rivers asked me if I would be interested in producing the next 5th Dimension album. “Yeah!” But, first thing, I’m to do an album with Jimmy Webb called The Magic Garden. “He wants to do a big orchestra.” “If you’re willing to pay for it, I know what to do. We will go into the big studio at United and record together.”

“We had complex five-part harmonies. I’m a big believer in using as few microphones as possible for singers. I wanted Marilyn as the lead on the later singles, and Bill was the lead on most of the 5th’s albums. He had some Wilson Pickett in his voice that made him unique.

“Hal Blaine was on everything, and Joe Osborn . . . I discovered Joe doing those Johnny Rivers records with Lou Adler. Mickey Jones was the drummer on the first Rivers sessions, and Joe Osborn. He played the bass the way I thought, as a jazz player, rock ’n’ roll players should play the bass. Joe and Hal, together, really had the lock and the feel. Then Dennis Budimir and Tommy Tedesco—jazz guys on guitar.

“That’s kind of how I built a rhythm section. A lot of it was conversation. I always started my session in the room. The lead sheets would go out, but I always started with the guys and stood out there with them as they ran the first tune. I hated the disembodied voice that came from the control room to the floor, telling everybody what to do.

“I also had Bob Alcivar, a vocal arranger, on the team. We worked closely together. Bob would sit at the piano with each member and teach them their part—a huge asset. I couldn’t go forward with any song until he figured out what key would be best for each singer.”

(Harvey Kubernik is the author of 20 books, including 2009’s Canyon Of Dreams: The Magic And The Music Of Laurel Canyon and 2014’s Turn Up The Radio! Rock, Pop and Roll In Los Angeles 1956-1972.   Sterling/Barnes and Noble in 2018 published Harvey and Kenneth Kubernik’s The Story Of The Band: From Big Pink To The Last Waltz. In2021 they wrote Jimi Hendrix: Voodoo Child for Sterling/Barnes and Noble.

Kubernik’s writings are in several book anthologies, including The Rolling Stone Book Of The Beats and Drinking With Bukowski. Harvey wrote liner notes to the CD re-releases of Carole King’s Tapestry, The Essential Carole King, Allen Ginsberg’s Kaddish, Elvis Presley The ’68 Comeback Special, The Ramones’ End of the Century and Big Brother & the Holding Company Captured Live at The Monterey International Pop Festival.

In 2006, Kubernik was invited to address audiotape preservation held in Hollywood by The Library of Congress). 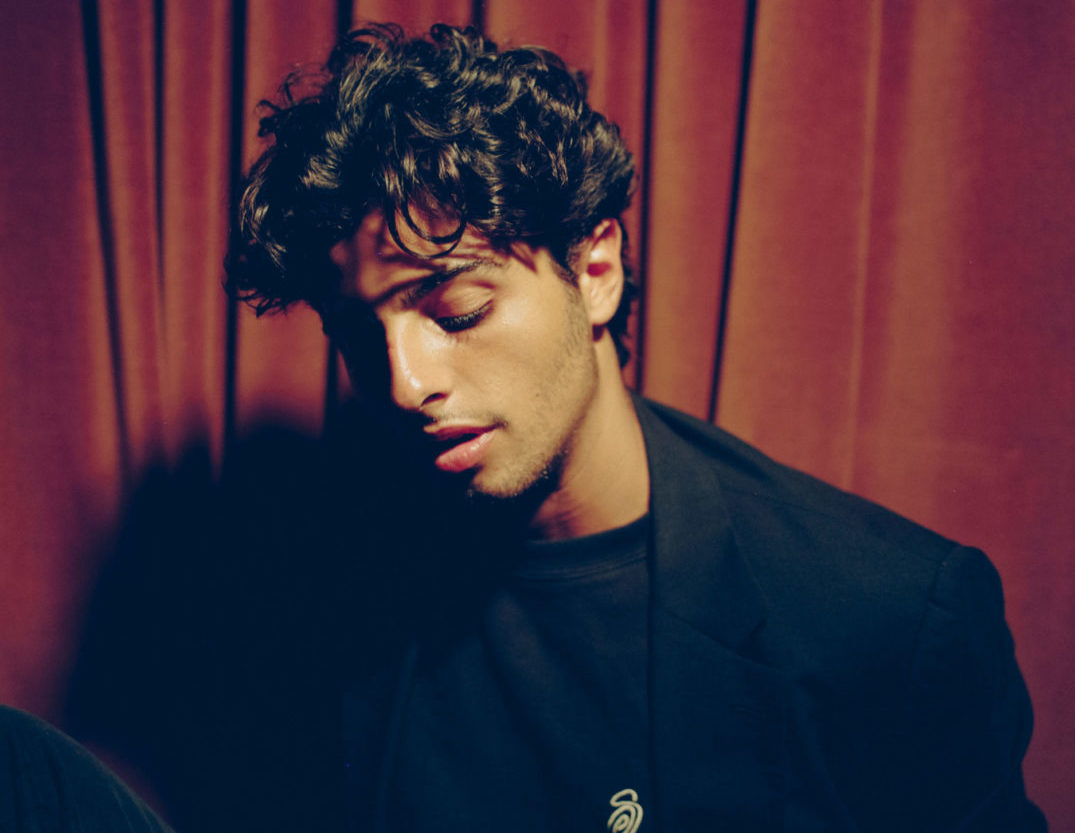