Kobalt has announced the signing of a worldwide administration deal with music producer Adam Anders (Glee, The Passion, Rock Of Ages) and vocalist, writer and television personality Nikki Anders. Through this new liaison, Kobalt will administer the Anders’ existing catalogs (Little Fireball Music and Adam Anders Music) as well as all future works. Additionally, Kobalt will have exclusive administration of all new writers signed by the Anders’ via Deep Well Publishing, their newly minted publishing arm of Capitol Music Group label imprint Deep Well Records.

Adam Anders has an unprecedented track record of writing and producing top-notch tunes for both established and up and coming artists such as 2016 Grammy nominated Tori Kelly, Hilary Duff, Cee-Lo Green, Jonas Brothers, Miley Cyrus, Selena Gomez, Demi Lovato, Backstreet Boys, CeCe Winans and Nick Lachey, among many others. His achievements include four Grammy nominations, two People’s Choice Awards and an ARIA Award.

Partners in both everyday life and music, Nikki Anders’ career in the music business has evolved from her work as a recording artist in the group Avalon, to songwriter, producer, vocal producer and record company co-founder. Writing songs and lyrics for numerous artists including Sheryl Crow, Selena Gomez and Billy Crawford, serving as an on air mentor, judge and vocal producer for The Glee Project and lending her talents to projects such as Hannah Montana (The Movie), Glee, Evan Almighty and The Wedding Planner, amongst many others, have allowed Anders to practice a diverse breadth of musical styles.

Anders’ multifaceted Anders Media, Inc. has created music for successful major motion pictures and television shows in history (Glee, Rock Of Ages, Hannah Montana, The Wedding Planner and Rugrats In Paris, amongst others) and has sold more than 100 million records worldwide. Adam Anders is currently the Executive Producer and Executive Music Producer for “The Passion,” a two-hour music event airing live from New Orleans on March 20 on Fox and is also the inaugural network production for Anders Media. Nikki Anders serves as Vocal Producer and Arranger for the project. Also in the forefront, Adam is a Producer and the Executive Music Producer for the ABC remake of Dirty Dancing, which is set to air in 2016.

Commenting on their new venture with Kobalt, Adam and Nikki Anders state, “As a creative couple and team, we have built a catalog of music throughout the years that we are extremely proud of. It was very important for us to find the right partners to help us continue to build and grow our existing and future personal publishing assets. Kobalt is that partner and we couldn’t be more excited to be able to work with Sas, Sue, and the entire Kobalt team.”

“Adam is a man of many talents and we are so happy to be working with him in Deep Well. He and Nikki have shown a great creative support of their artists and writers, which aligns with Kobalt perfectly,” commented Sas Metcalfe, Global President of Creative at Kobalt.

Sue Drew, GM Creative & Acquisitions at Kobalt, added, “We welcome our partnership with Adam and Nikki and look to the future to support them in their developing and nurturing talent. There is no limit to the amount of great work they can do.” 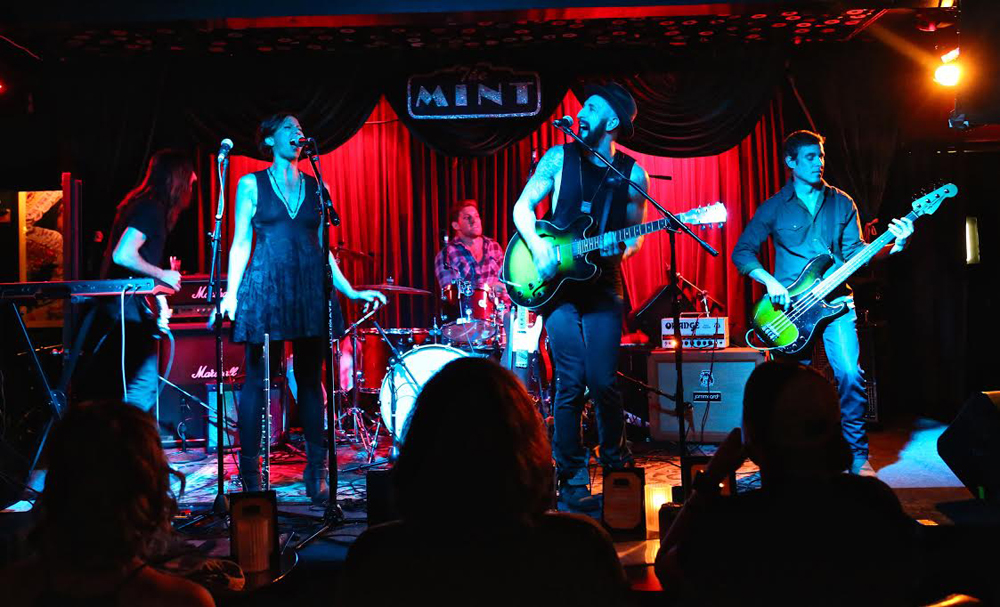