(The following article is excerpted from Music, Lyrics, and Life: A Field Guide for the Advancing Songwriter, available everywhere, including: Bandcamp (signed copies) | Bookshop | Books Are Magic |Amazon)

If you’re a Bruce Springsteen fan, you know that he’s from New Jersey. If you’ve ever listened to Eminem, chances are excellent that you know he’s from Detroit. You may know Kendrick Lamar is from Compton, Jennifer Lopez is from the Bronx, Pitbull is from Miami, and the North Mississippi Allstars are from . . . you get it. 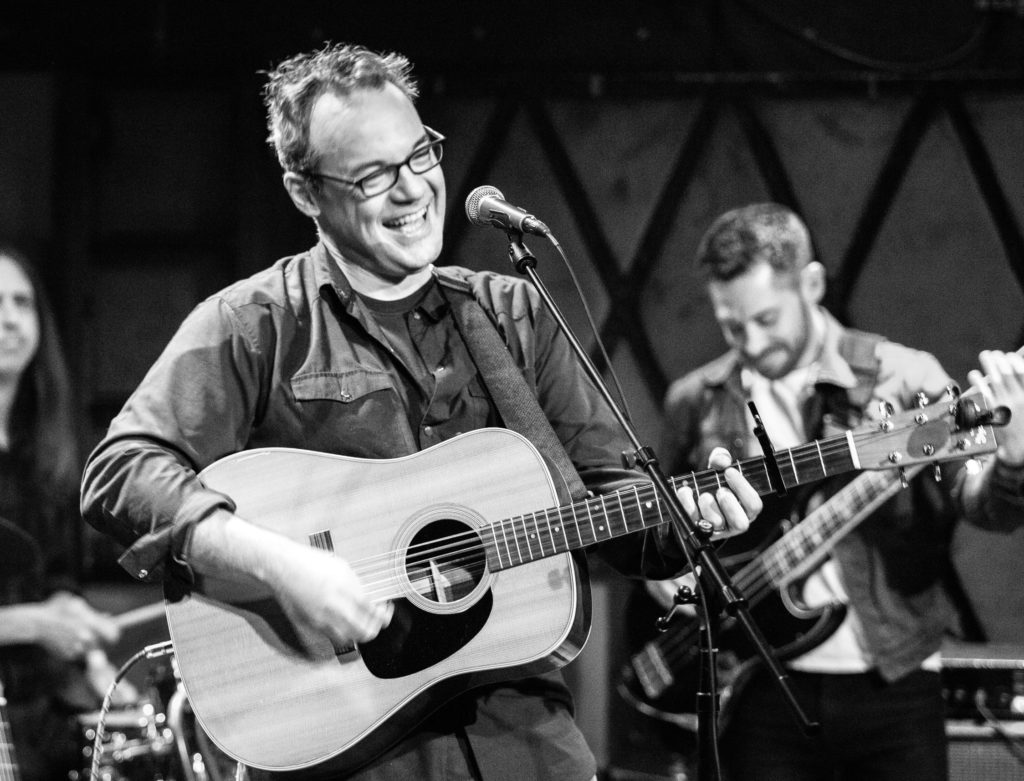 How do you know where they’re from? Because they told you—a million times. In song after song, they’ve created a world by planting signifying flags, both literal and metaphorical, in the hopes that you will identify with their artistic journey and want to be a part of it.

Let’s call these musical flag plantings Mission Songs. If you’ve ever had to write a topic sentence for a paper or read the mission statement of a school or company, you’re familiar with the concept. Mission Songs lay out the story of the artist—what they believe in, where they’re from, what they want. They’re decoding glasses.

Here’s an example of a Mission Song success story, ripped from the pages of music history. You’ve heard of Kiss? With the makeup, the dragon boots, the breathing fire, and all that? Of course you have.

Picture this as a songwriting challenge: bassist Gene Simmons was a kabuki-inspired demon who’d pop blood capsules in his mouth and “bleed” all over his axe-shaped bass; guitarist Ace Frehley was “from space”; singer-guitarist Paul Stanley was vaguely described as a “star-child”; and drummer Peter Criss was (checks notes) a cat? This was a band that needed a musical decoder ring. But they didn’t just need a great song; they needed a song that would tell listeners what they were about. Without it, they were a blur of blood, fire, boots, space people, cat drummers—all of which is great for a live show but confusing for a listener.

In 1974, Kiss’s label, Casablanca Records, pulled them off the road, where they were touring behind the commercially sluggish album, Hotter than Hell. The head of the label, Neil Bogart, pushed writers Paul Stanley and Gene Simmons to find a song with a centering through-line that connected the many disparate dots. The model Bogart used was “I Want to Take You Higher,” a funky, roaring Mission Song by Sly & the Family Stone. Sly had an anthem, and Kiss needed one, too.

“I was kind of taken aback,” lead singer Paul Stanley told me over the phone. “‘What do you mean by an anthem?’ And Neil said, ‘A song that your fans can rally behind. A song that says what you stand for and what the manifesto is.’ I had seen Sly & the Family Stone when they first started out, opening for Hendrix at the Fillmore East, and, you know—Sly was a game changer. The metamorphosis of so many bands was based on [them]. So, I went back to our hotel and picked up my guitar.”

While the goal was to write a Mission Song, Paul explained, “I wanted to make sure that the writing was never going to be pontificating. It would more be celebrating and mirroring what I was feeling rather than telling people what they should feel.” Like Sly, he used the first-person point of view to accomplish that while generating a similar kind of immediacy. “When you pledge allegiance, it’s not ‘We pledge allegiance’; it’s not ‘They pledge . . .’; it’s ‘I pledge allegiance.’ So, instinctively, and without much thought, I went, ‘I want to rock and roll all night and party every day.’ And [the chorus] went right back to it—it was incessant, and insistent. And with that, I went and knocked on Gene’s door and said, ‘What do you think of this?’” Gene Simmons stripped parts from another song, “Drive Me Wild.” “[It] was perfect. The two married together without really any alteration . . . and then it was a matter of, ‘How do you make this concise?’”

The result, “Rock and Roll All Nite,” still didn’t rocket up the charts until it was incorporated into the live show via their (fourth!) album, Alive! At that point, the song, plus the crowd reaction, assembled the pieces for listeners. “What people saw was this sense of empowerment and rebellious individuation . . . ‘I want to rock and roll all night and party every day’ encapsulated, in one sentence, what we were all feeling . . . once that was embraced, the band took off.”

I asked Paul how many subsequent Kiss songs grew into anthems that the band couldn’t leave the arena without playing. He laughed. “All of them. How about that?”

Here’s a songwriting prompt for you

Whether or not you’re in Kiss, a Mission Song answers a question for the listener: What are you about that I can also be about? In other words, how do we define ourselves within a song that is both differentiating and inviting? How do we form a gang in song form? And how do we invite others in?

Try this: Tell us what your Mission is, even if it’s your Mission for the next five minutes. Plant a flag—genuine, sarcastic, metaphoric—and run with it. “I am ____.” “I want ____.” “I believe ____.” It might sound ridiculously easy to you, but committing to a Mission Song is brave, and bravery is its own reward. The payoff for the listener is that they get to inhabit a desire and wear it publicly. Isn’t that a cool part of this job—to give people the means to express themselves?

So: If you wrote that song, what would it sound like? Drop your link in the comments and let’s hear them. •

For more examples of types of Mission Songs and how to write them, check out Music, Lyrics, and Life: A Field Guide for the Advancing Songwriter, available now: Bandcamp (signed copies) | Bookshop | Books Are Magic |Amazon

MIKE ERRICO is a recording artist, author, and songwriting professor at Yale, the New School, and NYU’s Clive Davis Institute of Recorded Music. Music, Lyrics, and Life is his first book.