JNR Choi, the U.K.-based singer/songwriter and model has signed with Epic Records and Sony Music UK’s Black Butter Records. With a smokey voice, an innate ear for melody and a gift for creating genre-dismantling hybrids of hip-hop, R&B, and pop, JNR Choi has already demonstrated a knack for making vibrant and varied hits like “To the Moon,” which spins together all of these influences and more. Get it HERE! 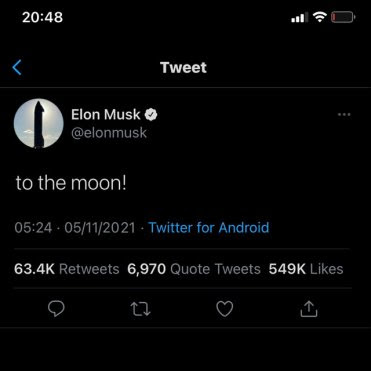 JNR Choi was born in South East London, but his family hails from Gambia. Before making music that ran up the charts, he walked the runway for high fashion brands like Givenchy, Philipp Plein, AMIRI, and Marcelo Burlon County of Milan. He’s also always been a voracious listener, which has resulted in an eclectic set of influences now that he’s making his own music: from pop auteurs Michael Jackson and Kanye West to rap avant-gardists like Young Thug.

Choi’s musical career began on a creative whim. After listening to an instrumental on YouTube, he used his phone microphone to record over it, creating a track that was played over 50,000 times in just over two weeks. Enamored with the process of sharing his thoughts, emotions and budding musical talent, Choi threw himself into recording tracks like 2018’s “MOVES,” a sultry and slinking song that fuses modern R&B and dancehall. He released increasingly promising singles until he dropped his first independent project, 2021’s SS21.

After SS21, Choi released the Parked Up-produced “To the Moon,” a thundering drill track that finds Choi putting a spin on the genre with melodic, Auto-Tuned croons. The song is built around a sample of Bruno Mars’ recently viral 2010 song “Talking to the Moon,” marrying the emotional sample with chest-rattling production. It takes a familiar sound and makes it feel like nothing you’ve ever heard before, which is exactly the sort of thing JNR Choi has proven he does best. The song hit #3 on TikTok’s US chart. It also peaked at #1 on Spotify’s Viral Hits chart.

Internationally, To The Moon have received the #1 position and cover of Rap Internazionale Italy today and up to #1 position of Hip Hop Mixtape DE, where Jnr Choi remains the cover for the 2nd week in a row.

On Apple, France and Switzerland has added To The Moon to Today’s Hits this week, with UK, Canada, Russia, Ukraine, Portugal, Japan, China, Hong Kong, Taiwan, India, MENA and Greece already locked in. Deezer – it has been added this week to Deezer Hits Belgium + Hits Van Morgen (NL) to the already extensive list of playlisting across France, Brazil, South Africa, and global pop/viral playlists. Amazon - Brazil adds “To The Moon” to Hot Singles in a Top 10 position (adding on to UK, Germany, Canada).

At radio the track was added to The Edge Australia + 1Xtra UK this week and remains added to Kiss Fresh in the UK; NRJ/Generations/Swigg/Trace in France; MNM + Fun Belgium, Jam FM + Bremen Next Germany; Mega Hits + Radio Nova Era Portugal.

With the backing of Epic and Black Butter and a gift for crafting both visionary sounds and eclectic pop, it’s clear that “To the Moon” is an appropriate title for JNR Choi’s first hit. It’s only the beginning of his ascent.