Looking for music gear to give to your special musician but working with a budget? Here are Music Connection's gifts under $1,000 for 2018: StudioLive® AR16 USB 18-channel hybrid mixers make it simple to mix and record live shows, studio productions, band rehearsals, podcasts, and much more. This is a musician’s mixer: lightweight, versatile, feature-rich and packed with analog connections and digital tools, yet easy to learn and use.
MSRP: $599.95
presonus.com

The PX-5S is part of the Casio Privia line of digital pianos. The PX-5S is loaded with a collection of acoustic pianos, vintage keyboard, and synth sounds, and has powerful controller features and sequencing tools that sets it apart from other keyboards.
MSRP: $999.00
casiomusicgear.com The Line 6 HX Stomp delivers award-winning Helix line tones in a stompbox format. This lets you easily add pro-level multi-effects processing to your existing pedalboard, or replace it entirely. It provides programmable amp/cab/effects/IR versatility that seamlessly integrates into a host of playing and recording needs. HX Stomp can be used as a multi-effects stompbox, a super-portable amp/effects rig, or an audio interface.
MAP: $599
line6.com/hx-stomp The new CP Series is QSC’s very first value-priced powered loudspeaker. The CP compact and lightweight, making it easy to load, carry, lift and deploy in a wide range of portable and installed applications. Beneath its elegantly designed exterior, CP is equipped with a highly efficient, 1000-watt power amplifier, matching transducers and advanced DSP, delivering performance beyond expectations for a compact loudspeaker. With the ability to mix up to three input sources (mic/line, line and music playback device) at once, CP makes a great single-box PA system that sets up in seconds.
MSRP: $399 and $499
qsc.com Back in 2012, Bad Cat released the original Unleash, the world’s first re-amplifier booster/attenuator. Now Bad Cat has released the first upgrade of its original device, the Unleash V2. Improvements include switchable input impedances, for 4, 8 and 16 ohm amp outputs, silent recording switch and headphone output. The general operations of the device include boost, attenuate, transparent reproduction, effects loop and silent record/direct out.
MSRP: 499.99
badcatamps.com The MA-301fet is a multi-pattern large diaphragm, solid-state condenser microphone. Based upon the popular MA-201fet designed by David Royer, the MA-301fet adds a 3-position pickup pattern selector, a15dB pad and a switchable bass roll-off. Each microphone is packaged in its protective case with a professional grade shockmount.
MAP: $895
mojaveaudio.com

Yamaha’s LL-TA TransAcoustic Guitar recreates the experience of playing in a rich, live room without needing any external amplification or effects – just the guitar itself. Whether you’re practicing, writing, recording or just playing for fun, the TransAcoustic Guitar will make you play better, longer and with more creativity.
MSRP: $999.99
Yamaha.com Mackie FreePlay LIVE is a powerful, convenient and flexible portable PA system. Hook up a vocal mic and your acoustic-electric guitar, stream backing tracks from your smartphone via Bluetooth, and you’re ready to perform with up to 15 hours of operation from the built-in rechargeable lithium-ion battery.
MSRP: $399.99
mackie.com 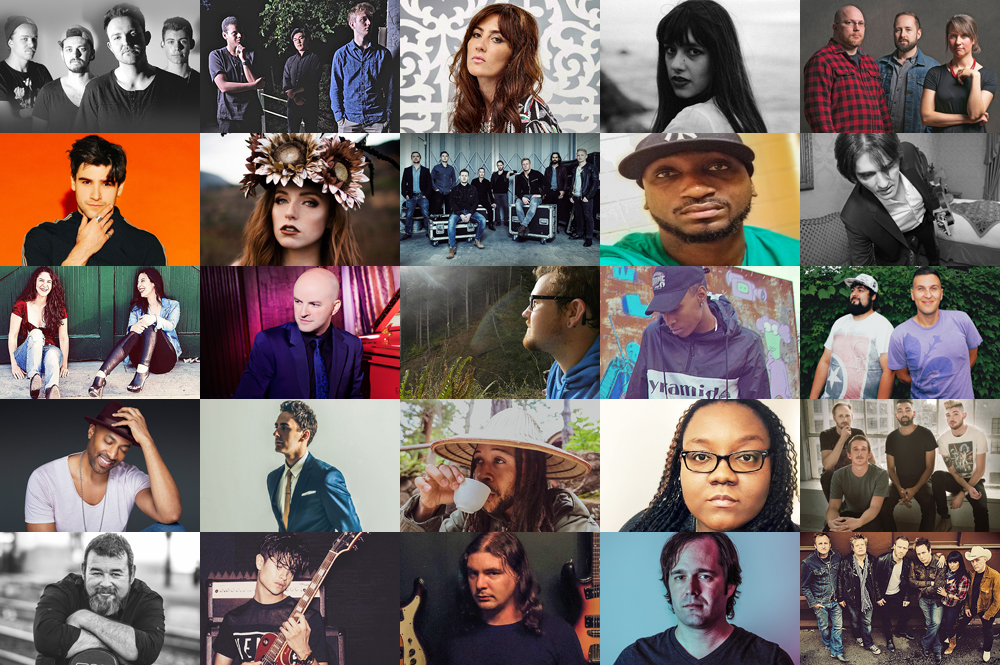