Debuting an innovative virtual awards format, the 2020 ASCAP Pop Music Awards will recognize pop music icons, chart-topping producers and the genre’s hottest rising stars on social media June 17 - 18. ASCAP will honor each winner with their own social post over the next two days with the hashtag #ASCAPAwards, and fans, friends and peers can tune in for the reveal of exclusive photos, videos and more from the songwriters and publishers of the most performed pop music of the past year.

Acclaimed hitmaker Louis Bell receives the ASCAP Songwriter of the Year award for the second year in a row for his work on songs including “Sucker” (The Jonas Brothers), “Without Me” (Halsey) and “Goodbyes” (Post Malone feat. Young Thug). Bell will accept the award in a video to be shared @ASCAP on Instagram & Twitter.

Publisher of the Year is presented to Kobalt for their role in multiple hits of the past year including “Close to Me” (Diplo, Ellie Goulding & Swae Lee) and “Memories” (Maroon 5). BMG takes Independent Publisher of the Year for their work on major songs “Panini” (Lil Nas X), “Someone You Loved” (Lewis Capaldi) and more. ASCAP will share videos from both teams on its social channels.

ASCAP Chairman of the Board and President Paul Williams provided a video introduction to this year’s virtual celebration, remarking that “...this moment... offers an opportunity for all of us to come

together and take action to create a lasting, much-needed transformation in how we treat each other. We believe your music will meet the moment as it has so many times in our nation’s troubled history — by lifting our spirits, giving us hope and inspiring change.”

ASCAP will unveil more surprise photos and videos from writers of winning songs including Ariana Grande’s “break up with your girlfriend, i’m bored,” Lewis Capaldi’s “Someone You Loved” and Dean Lewis’s “Be Alright” over the next two days. Fans can tune in at #ASCAPAwards @ASCAP on Instagram and Twitter.

In support of The ASCAP Pop Music Awards, ASCAP Experience: Home Edition will feature special online programming spotlighting some of the 2020 winners on Thursday, June 18. The pop-inspired panels include Anatomy of a Song: “If I Can’t Have You” with Scott Harris and Ziggy Chareton and a featured conversation with Grammy-winning producer and songwriter FINNEAS and Glen Hansard. Registration is free and more details are at www.ascapexperience.com. 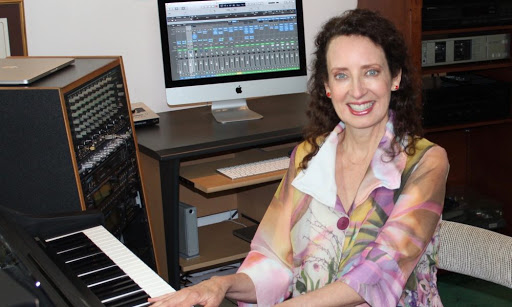