Home›Latest›Artist to Artist: What Writer’s Block Isn’t… and What It Really Is

Artist to Artist: What Writer’s Block Isn’t… and What It Really Is

My students ask me about writer’s block. A lot. So, when writing my book, Music, Lyrics, and Life, I knew I had to include my thoughts on it, because it’s something all creative people grapple with at some point in their lives.

Here’s the thing about writer’s block: There’s no such thing. It doesn’t exist. It’s the Bigfoot of artistic maladies. Like Bigfoot, it’s got a great name—it just sounds real, the way scarlet fever sounds plush and velvety instead of being the lousy rash it is.

The word “block” implies there’s a big chunk of something separating you from your songwriting . . . but there isn’t. Sure, physical blocks are possible. If, say, you were walking by a building and an air conditioner slipped out of an eighth-floor window and landed on you: legitimate block. If you had one of those aphasias you read about in Oliver Sacks’s books where patients are totally normal except they have no recognition of vowels anymore: legit. If you’re wearing mittens and can’t play chords: fine.

But that’s it. We are not “blocked” from writing. We invented an affliction. Bergler blamed writer’s block on some seriously Freudian suspects: “milk-denying mothers” mostly, but also mental states that include the words “anal,” “phallic,” “oral,” “abortive”—you get it. In a savage review of his book The Writer and Psychoanalysis, Time magazine asked, “What compulsion makes a man set out to explain most of the world’s literature as just an infant’s whimper for a bountiful teat[?]” But criticism waned, and the concept, like Bigfoot, survived. I would pick through more of Bergler’s findings (funny how everything sounds Freudian now), but I’m just going to cut to the spoiler: There is a cure for the invented affliction known as writer’s block. After thousands of pages written on this topic, the lab-coated studies, the academic papers, the peer-reviewed research, the post-

graduate dissertations, the cure is, are you ready:

That’s it. I’m sorry it wasn’t something more exotic, but ironically, the cure for the disease is to ignore the disease and do what you’d be doing if you didn’t have it. You read that right: The treatment is the same, whether you have it or not. And this same conclusion is reached from a thousand different directions:

Here’s Jhumpa Lahiri: “If one sticks to a schedule and tries to write on a regular basis, something will eventually come.”

Here’s Maya Angelou: “What I try to do is write.”

Here’s what’s on the last page of The War of Art by Steven Press-field: “Do it or don’t do it.”

Here’s Yoda, in the Dagobah swamp: “Do or do not. There is no try.”

It’s fear. And, unlike “writer’s block,” fear is definitely legitimate. Poet Mary Ruefle refers to fear as the “ghost of our experiences,” which I think includes the ghost of evolution, meaning, yes, we’re haunted by things that happened to us, but we’re also haunted by millions of years’ worth of things that didn’t happen to us. We carry around the burden of instincts that we wield like phantom limbs we’re still trying to use.

What Are We Afraid Of?

So much. So, so much. I’ve met students who are afraid of failure and success simultaneously. There’s a fear of being seen and a fear of being ignored, fear of being too different and of being a living cliché. One student told me that, at age nineteen, it was too late for him to learn how to arrange horns. Another told me that she couldn’t write about her hometown because she was from New Jersey, and who’d be interested in that? (She knew Bruce Springsteen, after I reminded her, but then feared that Jersey was “over” because someone had already done it.)

The problem for us as songwriters is that “fear” is in our job description. That’s what we’re asking ourselves to do—to be afraid and then to walk with and work with that fear. Or, to turn it around: our job is to be brave.

Droughts, slumps, ruts—whatever you want to call them—are a whole different ballgame. They aren’t writer’s block, because you are writing, and they aren’t fear, because you’re not afraid—they’re you, being you, and not liking you. It’s a crappy feeling, and it happens, but—hear me out—droughts can be good news, too.

Here are a few typical droughts my students have contended with, and how to flip them in your favor.

“I Have Nothing to Say”

First of all: Nah. I don’t believe it. Even a dog tied up outside the grocery store has something to say. A lot, actually. You may be tired, drained, or prioritizing elsewhere.

Question: What do you do when the gas tank is empty? You roll to a stop and die wherever you land, right? Wrong. You fill the tank. As a writer, you just may need to fill the tank by taking some inspiration in. Any kind of art is gas in the tank. Exercise, vacuuming out the car, or just meditating to clear your mind are also good ideas. Here’s another: Consider service to others. Not for selfish reasons but because everything is connected to who you are, not just as a writer but as a person and a citizen. The irony is that when you work selflessly, so much more comes back to you. Teaching and mentoring has done this for me, and it’s not because it helps me write; it helps me live, and the writing is part of that living.

This is all very different than having nothing to say.

You might not even understand what you’re writing yet. If you’re anything like me, your subconscious doesn’t draw a straight line. An outlier song today could be a signature song tomorrow. Sometimes the subconscious leaps forward first, and the conscious plays catch-up. When writing is a ritual part of your day, you become used to this dynamic.

“I’m Bored with What I Write”

Maybe, but if you ask me, I’d bet you’re on the threshold of a breakthrough.

Boredom is the dissatisfied mind reaching outward and not finding anything—yet. Boredom, when amplified, becomes frustration; frustration, when amplified, creates change. These are all energized places to be, even though they seem on the surface to be listless and agitated. Boredom is exciting because it’s a signal that an irreversible chain reaction is imminent and that you’re prepared to leap forward into a new style, aesthetic, or mission. Fact is, you’re not bored—you’re impatient. You haven’t reached the event horizon, yet, but you can already feel the pull of its gravity. It’s likely that you’ll never be able to return, but it’s increasingly obvious that you can’t stay, either. All you really know is that boredom has made the present moment uninhabitable by insisting on your answer to the question: Who will you be, now that you can no longer be you?

The only way to know is:

“I Like the Song, but It Doesn’t Fit with My Brand”

This is a twenty-first-century entry into the Pantheon of Drought, accelerated by social media and whatever dividend it implies is forthcoming—influence, ambassadorship, things that sound like money but rarely end up actually being money. My students become paralyzed by the brand image they’ve worked out on their social media pages and end up throwing out great songs that don’t fit, along with all the artistic possibilities they imply. Branding becomes the reason behind not moving forward. Students send themselves to Brand Jail and self-impose a lockdown.

Songwriter Lucy Dacus put it succinctly in an interview in the Creative Independent:

Your brand, or your personality, or whatever you want to call it—it’s weird that you would equate the two—it’s there already. You have one without trying to have one. So when you’re true to that, people respond to it. You don’t have to try to have a brand. It just exists. . . If people stopped thinking about what their social media looked like, it would just start to look like them.

To control the brand is to lose control of the personality who thought it up to begin with. It kills me to witness because this idea of “brand” acts like a fixed point, whereas the personality behind it is constantly evolving and shooting out sparks of what it might be next. Brands “pivot”; but people just move.

Writer’s block doesn’t exist. Fear exists but is afraid of its own shadow. Droughts exist but are mislabeled as “bad” when they’re really signs we’re headed somewhere new. New places trigger our fear responses. And around and around it goes.

If you’re a writer, you show up for work, just like everybody else. So, go to work. It’s good there. You don’t have to love it every day. Find ways to make it fun. Taco Tuesday. Crazy Shirt Thursday. Casual Friday. Mix it up.

But show up, because your boss is looking.

Mike Errico is a recording artist, author, and songwriting professor at Yale and NYU’s Clive Davis Institute of Recorded Music. His new book, Music, Lyrics, and Life: A Field Guide for the Advancing Songwriter, is available at: 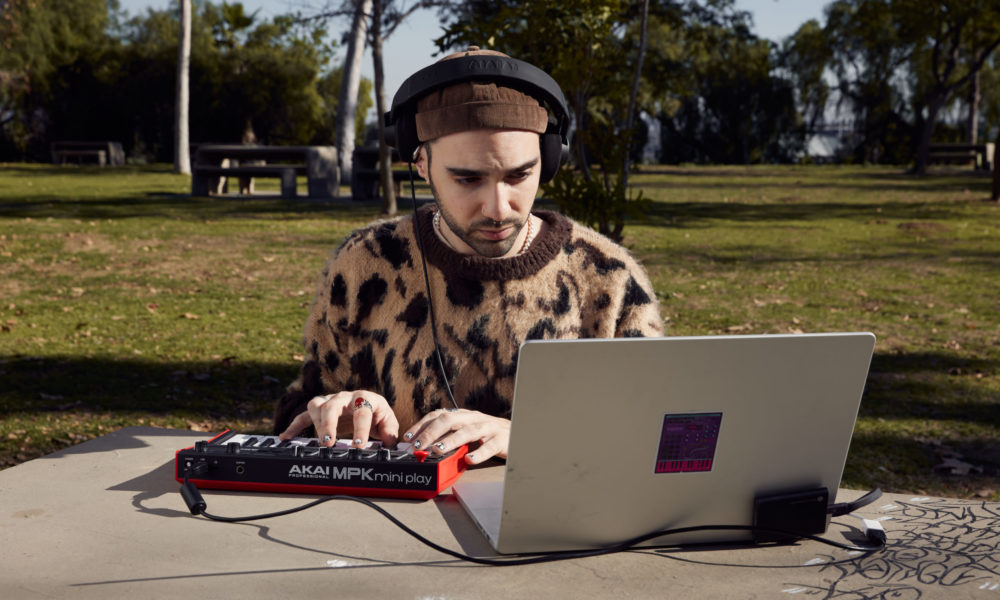