For the past 128 years, Gibson--the iconic American instrument brand--has been synonymous with creating and shaping sound across genres of music and generations of players. Gibson Custom Shop has partnered with Sergio Vallín, guitarist of Maná, the rock band from Guadalajara, Mexico, one of the best-selling, and most successful Latin-American bands of all time with over 40 million records sold worldwide. Gibson luthiers and Sergio have collaborated to create his first-ever Gibson signature guitar with the new Sergio Vallín 1955 Les Paul Goldtop from the Gibson Custom Shop Murphy Lab. The Sergio Vallín 1955 Les Paul Goldtop has been meticulously crafted for fans to experience Sergio’s beloved 1955 Les Paul Goldtop; the guitar is now available worldwide at authorized Gibson dealers and via Gibson.com.

"I feel thankful and honored, a Les Paul with my name, I just can't believe it,” says Sergio Vallín. “This guitar is an extension of my hands and my soul. I remember seeing Les Paul play at a show in New York, I met him backstage, and he said, ‘if I stopped playing, I would die’. I feel honored to be carrying on Les Paul's legacy, and I thank Gibson for honoring not only my work, but also for recognizing the importance of Latin music.”

Sergio adds, "For Latin musicians it's so hard to imagine the idea of having a signature model, and I hope this is just the first of many, because there are so many amazing guitar players and musicians in Latin America who deserve their voices to be amplified and honored by a guitar brand that we all love so much.”

"This guitar is the result of a team effort. it's inspired by a 1955 Les Paul that I have, and the Gibson team worked hard to get the best guitar possible inspired by my own guitar,” Sergio continues. “It has a humbucker and a P-90, which multiplies the sonic spectrum. It has a Bigsby, which makes it a very versatile guitar. It's lighter than a 50's Les Paul, but it carries a lot of power."

Watch and share the new interview with Sergio Vallín, HERE. 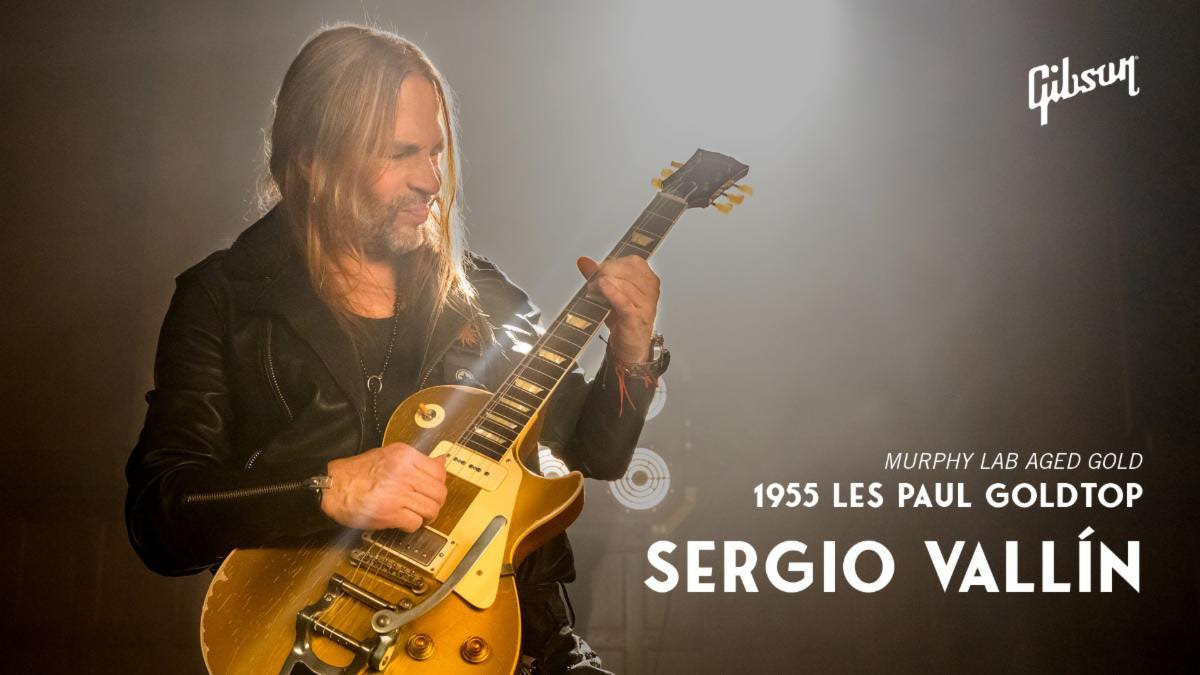 “It’s exciting to bring this collaboration to fruition! We have been working with Sergio for some time and this signature Gibson Custom Shop Murphy Lab Les Paul was years in the making,” says Cesar Gueikian, Brand President, Gibson Brands. “Fans can see Sergio onstage with the guitar on Maná’s North American Tour and at the group’s residency at The Forum in Los Angeles from April-September.

“One of the most creative, talented, and virtuoso guitar players I’ve ever known, Sergio can play everything from classical style Spanish to the most melodic and soulful riffs, onto the most unimaginable killer solos,” Cesar continues. “He has influenced generations of players in Latin America, and around the world and has collaborated with some of the best guitarists in the world - check out his incredible 2021 solo album Microsinfonias. Together with his band Maná, Sergio has touched people’s lives and made Latin American music matter more than ever over their 40 year career, and today they’re stronger than ever. Maná has sold more than 40 million records worldwide, think about that for a second! Four Grammy Awards, eight Latin Grammy Awards, and the list of accolades goes on and on. It’s an honor for me and all of us at Gibson to be working with the ‘Maestro’ Sergio Vallín.”

Gibson Custom Shop is honored to present the Sergio Vallín 1955 Les Paul Goldtop. This new Gibson artist model has the all the features and performance that Sergio requires, including a lightweight mahogany body with a two-piece plain maple top and a mahogany neck with a rosewood fretboard and ’59 Rounded C profile. It is also equipped with Kluson®  reissue tuners, a Bigsby B7 vibrato and features custom aging from the Murphy Lab. The electronics include a custom P-90 Soapbar pickup in the neck position and a bridge Custombucker, giving it excellent sonic versatility. 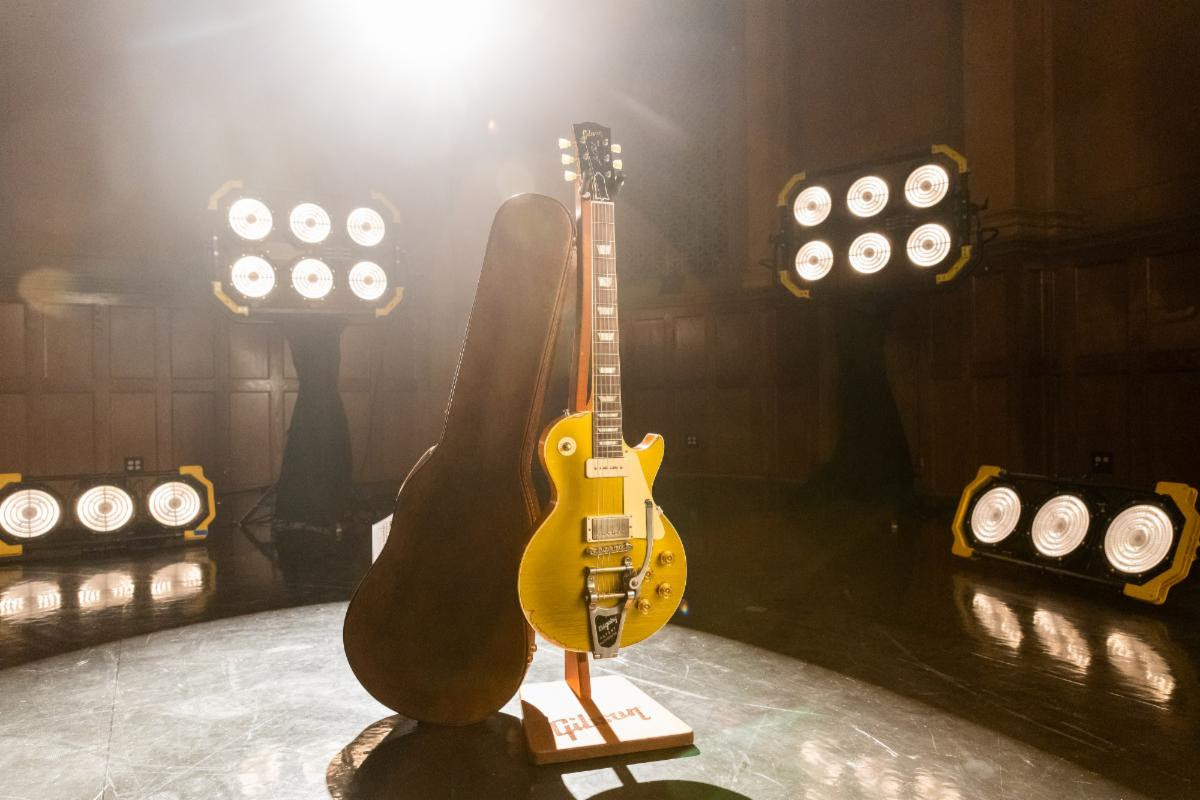 As an environmentalist and humanitarian, Sergio believes firmly in investing in the community that inspired him to become a musician. In 2018, Sergio founded MANOS Guitarra y Arte, a school dedicated to music located in his hometown of Aguascalientes, Mexico. MANOS Guitarra y Arte creates access for students to guitarists, and musicians, both national and foreign, so that they can enrich themselves and learn to train professionally. Sergio says, "The main objective of the school is to prepare students to BE musicians and artists of excellence, and that the students play a lot and feel happy expressing themselves through music." Music is a universal language,” adds Sergio. “Through music we make a heartbeat, which allows healing, which provokes change, and therefore a better future for our world.” 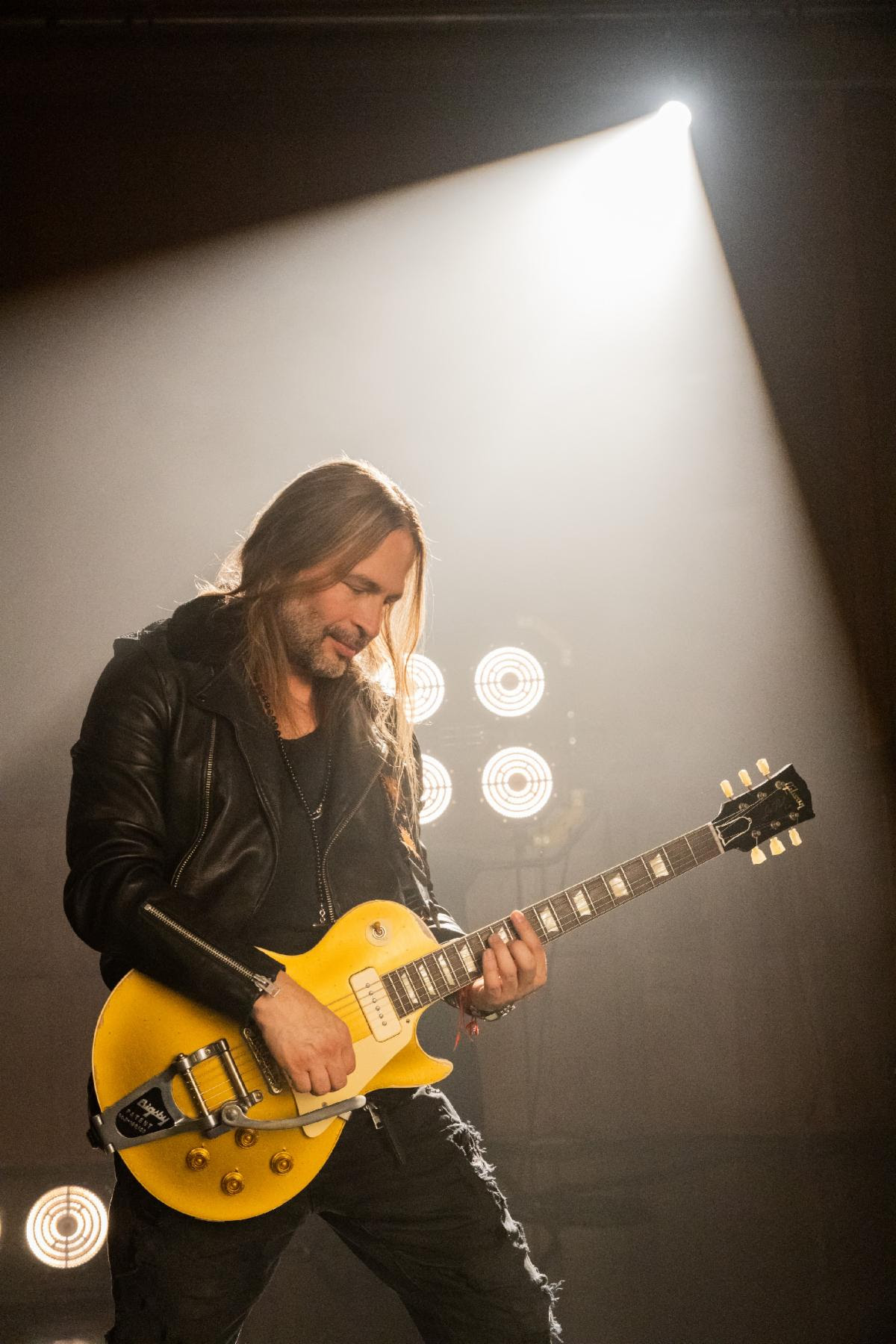 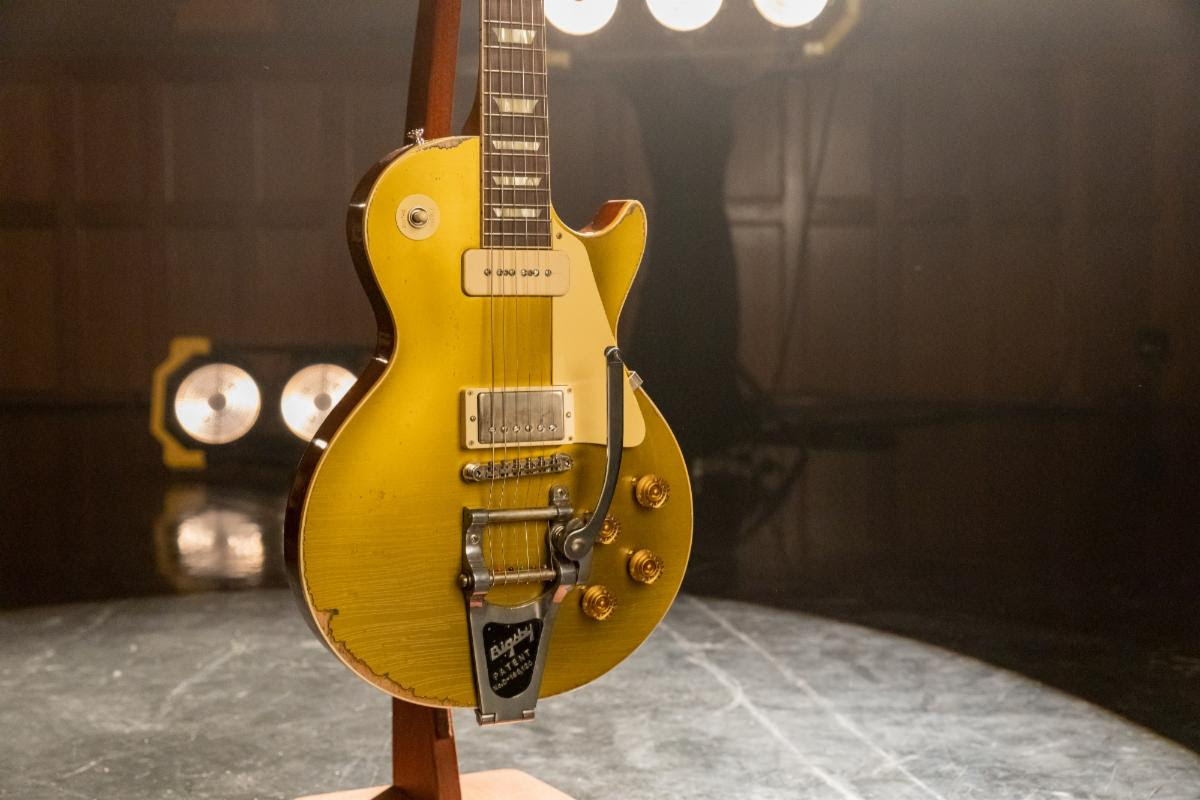 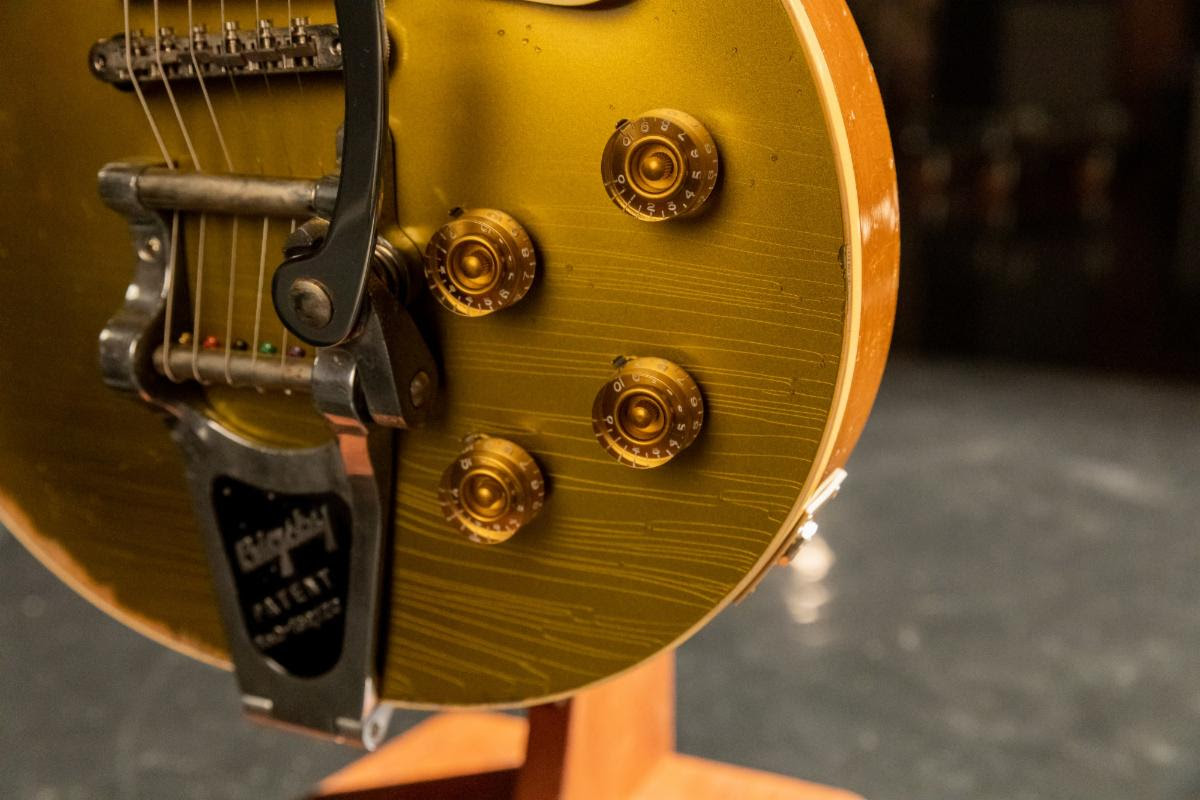