A whirlwind of activity has surrounded the burgeoning rock quartet Greta Van Fleet since they graced the pages of Music Connection in June 2017. At the time they were newly signed to Lava/Republic Records and rolling out their 4 song EP Black Smoke Rising to eager fans everywhere.

Twenty-one-year old twins Jake and Josh Kiszka (guitar and lead vocals, respectively), 18-year-old brother Sam Kiszka (bass and keyboards) and fellow 18-year-old Danny Wagner (drums) are, of course, very young, but collectively possess a classic and timeless view of the arts. They wanna rock! And with a sound forged in the blues and legendary artists like Led Zeppelin, the Who, Joe Cocker and Wilson Pickett, are single-handedly turning the music world on its ear.

Here are the facts: Leg one of the band’s first-ever headlining tour is completely sold out. The EP Black Smoke Rising debuted Aug. 17 at  No. 1 on both the American and Canadian iTunes rock charts. GVF was nominated for a 2017 Loudwire Music Award for Best New Band. Their debut single “Highway Tune” received 3.6 million Spotify streams. And the list goes on.

We recently caught up with guitarist Jake Kiszka, who shared insight into the band’s humble beginnings hailing from smalltown Michigan to their seemingly overnight catapult to stardom.

Music Connection: Can you talk about growing up in Frankenmuth, Michigan and how did that inform or influence who you are?
Jake Kiszka: It’s not the usual up-bringing coming from a small town. That certainly had a lot of influence into our musical selection. We grew up like 10 minutes outside of Frankenmuth in the country. We weren’t around a lot of modern influences so that contributed to our musical growth.

MC: You’ve had a tremendous amount of success in a relatively short period of time. Can you talk about that experience from the inside?
Kiszka: I think that none of us expected such an immediate reaction to the music we were making. It’s very difficult to perceive what’s going on because we’re in the midst of it. In a way it’s sort of like being in the eye of the storm. There’s a lot going on around you, but it’s pretty stagnant in the center. But I think all of the attention and the overwhelming reaction to the band stems from the truth in the music. I think just making pure music in a world, where there is so little pure music anymore, could have something to do with it certainly.

MC: Was working with Al Sutton and Marlon Young of Detroit’s Rust Belt Studios a big part of your crafting that pure music sound you were going for?
Kiszka: Yeah, I think they helped us get to where we wanted to go as far as crafting a sound. We are very live-based musicians, and I think we’ll always be. But I think there was a great deal learned in the studio in the last two years. And those two guys certainly trained us to be better studio musicians.

MC: How did you hook up with Sutton and Young?
Kiszka: We had worked at a few different studios, with Metro 37 being one of them. It was all about finding the right producer who could produce the kind of music we wanted to make. And I think the closest we could get was Al Sutton. We sent him some of our music and he decided to work with us. We started demoing songs and it took off from that point.

MC: You say there’s a lot of honesty and truth in the music. Can you be more specific about that?
Kiszka: Yeah, you can’t really manufacture emotion and put it into a song. It should be about music that speaks to you and you don’t feel like you’re being lied to, or that it’s over-produced, I suppose. There are also real instruments being played. These are the elements that, to me, define truthful music.
MC: What is your writing process?
Kiszka: There isn’t particularly one person who writes the majority of any songs, and it’s not a process either.  The songs sort of present themselves in different ways. And every song we’ve written to this point has been written from a different angle. One song could be written on acoustic guitar, the next couple could be written on a mandolin or piano or from a riff I’ve been toying with. It’s a group effort.

MC: What kind of audience response have you been getting at your shows?
Kiszka: It’s overwhelming and humbling. The mass audience and their reactions are usually screaming and cheering until we get our gear off the stage. I didn’t expect that.

MC: I’m sure they’re all important in some way. But are there any significant shows that have stood out so far?
Kiszka: Yes. We just opened for Bob Seger last night. Being from Michigan and growing up listening to him, it was something very special, wonderful and kind of surreal. And I don’t think any of us have processed it yet because it feels like it didn’t even happen.

MC: I know you’re just getting started, so I don’t wanna throw too much at you. But what direction do you wanna take your music and career from here?
Kiszka: Well, I’ll speak first to the music. There’s a natural evolution to it so it takes its own changes. But the overall sound doesn’t change. But I hope, as we hopefully can play in front of larger audiences we can spread the message that we want to. 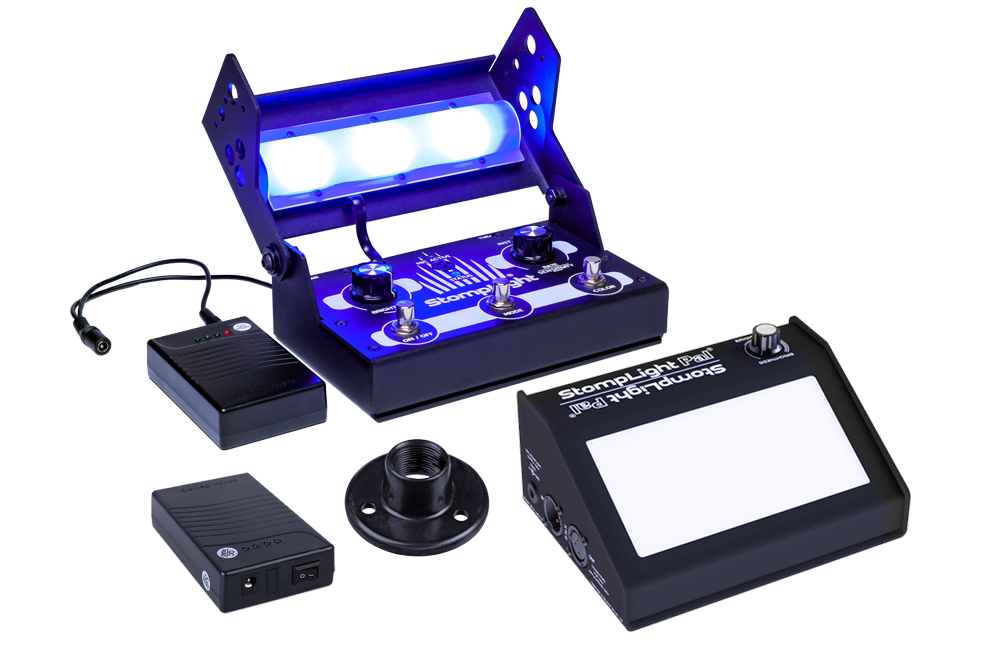 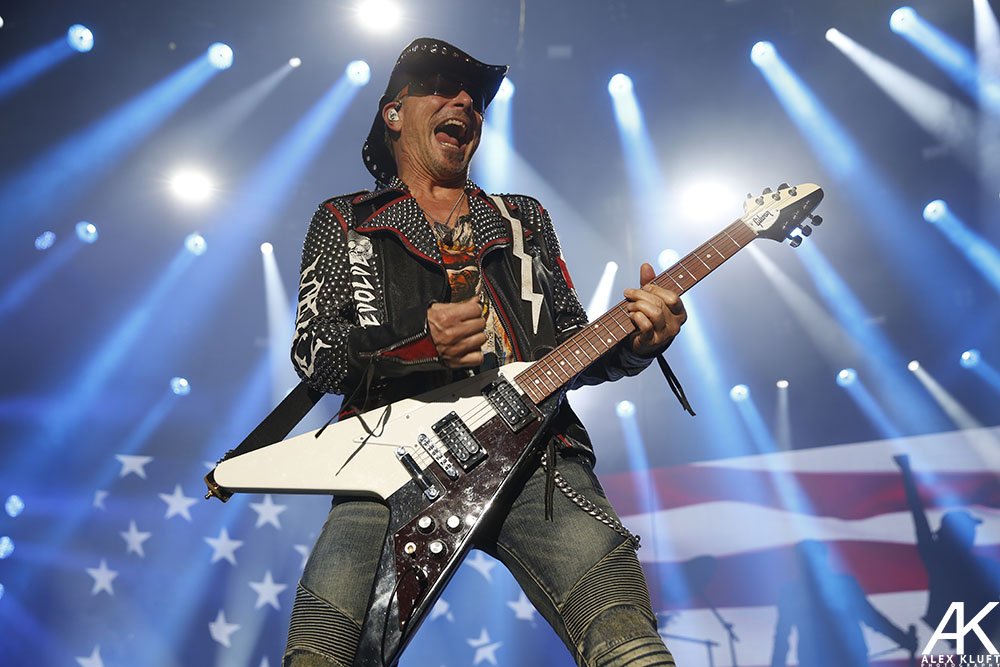 Scorpions at The Forum in Inglewood, CA