The 2021 ceremony, produced by The Control Room and held virtually for the second year in a row, also saw a stunning performance from soul and gospel legend Mavis Staples, who was honored with the Independent Icon Award. In addition, the founders of Stax Records were honored with the 2021 Lifetime Achievement Award, which was accepted by former co-owner Al Bell, co-founder Jim Stewart, Doris Fredrick, daughter of co-founder Estelle Axton, and Deanie Parker, former record executive and Stax Records spokeswoman.

Concord, the owner of Stax Records, has generously pledged to raise $1M in scholarships over the next five years for Stax Music Academy (operated by the Soulsville Foundation and home of the Memphis-based Stax Music Academy Rhythm Section, which delivered a powerful performance at this year’s awards).

Sweet Relief returned as A2IM’s official charity partner for the Libera Awards, donating 100% of proceeds raised during the show to career musicians and music industry professionals in need. 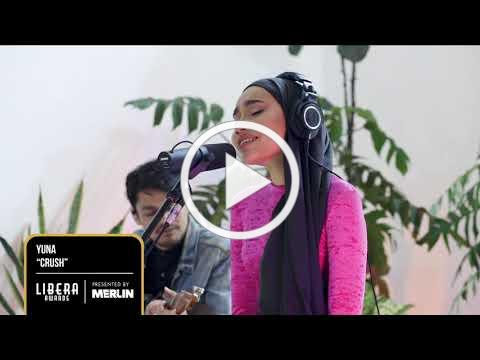 (Click above for Yuna's performance of "Don't Blame It On Love" and "Crush.")

Best R&B Record
Thundercat - It Is What It Is (Brainfeeder)

Label of the Year (Small) (Presented by Spotify)
Daptone Records

Label of the Year (Medium)
Light In The Attic

Label of the Year (Big) (Presented by ADA)
Sub Pop

To learn more about the A2IM Libera Awards, visit liberaawards.com.