YES at the FivePoint Amphitheatre in Irvine, CA

YES brought their Royal Affair Tour to the FivePoint Amphitheatre in Irvine, CA on July 27.  The band has been touring annually with changes in the theme each year. For this tour, YES has brought on board ELP Legacy's Carl Palmer, Moody Blues' John Lodge, and ASIA.  Some of the groups have members in common like Palmer and ASIA, Geoff Downes with YES and ASIA, Billy Sherwood with YES and ASIA. Also, members of each group guested with each other.

This tour of prog-rock titans started at 6:30 PM with the incomparable Carl Palmer. His trio includes guitarist Paul Bielatowicz and bassist David Pastorius (filling in for Simons FitzPatrick). Palmer's lightning-fast set started with "Karn Evil 9: First Impression Pt. 2”. Joining Palmer was Arthur Brown, the leader of Palmer's first major band, Crazy World of Arthur Brown. Brown is as wild as ever with his appearance.  Brown appeared throughout the set and it was a special reunion especially when they played "Fire." Palmer's set included one of his world-famous drum solos. With the passing of both Keith Emerson and Greg Lake in 2016, Palmer continues their legacy as one of the greatest prog-rock groups of all time. The second act of the night was bassist John Lodge who was inducted into the Rock Hall of Fame just last year as a member of the Moody Blues.  Lodge played a set of all Moody Blues songs except for “Saved by the Music,” which was recorded by Lodge with fellow Moody Blues bandmate Justin Hayward.  For the last song, “Ride My See-Saw,” Jon Davison from YES joined in. Second-to-last was none other than ASIA.  Last month was former Guns N' Roses guitarist Ron Bumblefoot Thal's first show with the group.  After many lineup changes over the years, the original lineup of Geoff Downes, Steve Howe, Palmer and John Wetton reunited in 2006. Howe left the group again in 2013 with the passing of Wetton in 2016, YES bassist Billy Sherwood took over.  ASIA played a set full of hits like "Only Time Will Tell," "Soul Survivor" and ended with "Heat of the Moment.” Howe joined in for the last three songs of the set while Bumblefoot only sang lead vocals. To end the evening, YES took the stage with their lineup of lead vocalist Jon Davison, guitarist Steve Howe, drummer Jay Schellen, keyboardist Geoff Downes, and bassist Billy Sherwood.  Drummer Alan White is the longest standing member of the band, however, he didn’t join until the last song before the encore. YES played the epic 21-minute song “Gates of Delirium” with White and Schellen trading places twice throughout the song.  YES swept the night away with hits such as “Going for the One” and “America.” The encore consisted of John Lennon's "Imagine," which White played on the original recording, "Roundabout," and "Starship Troopers.” As always, YES put on a magical show and took the crowd on a journey through their hits. 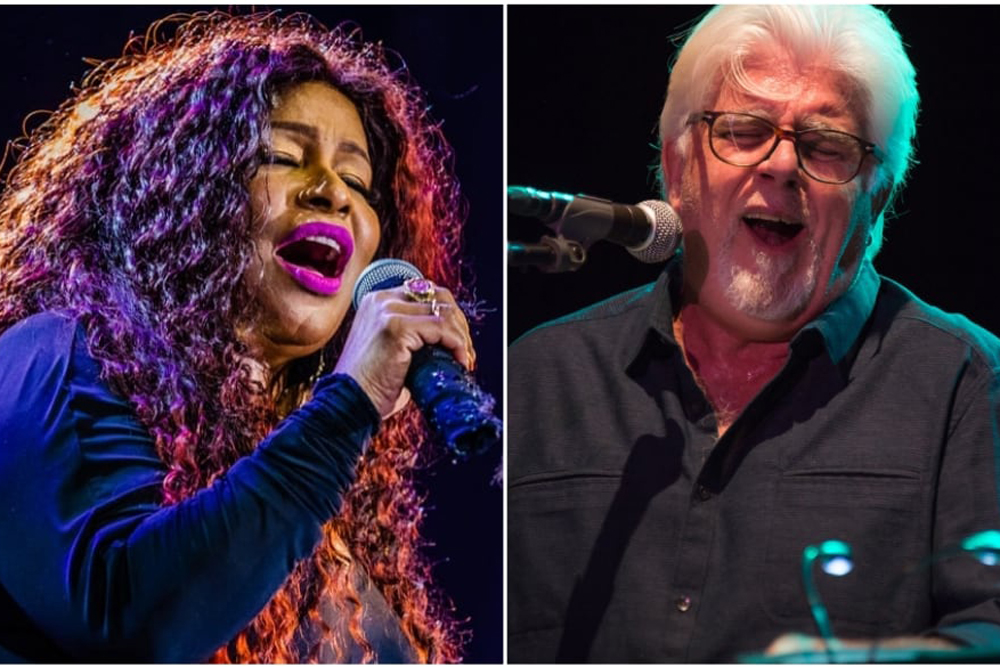 Michael McDonald + Chaka Khan at the ... Live Review: Holander at the Echoplex in ...