Trqk, a music-tech innovator and pioneer in Music Royalty Intelligence, has officially launched TrqkIQ Indie Edition, a tool that empowers the Music Creator Economy with new ways to interpret and analyze performance royalties alongside on-air performances, quickly and efficiently gain valuable insights, as well as unlock paths to more income.

TrqkIQ transforms and simplifies the complexities of the royalty management process for artists, songwriters, composers, publishers, music libraries and other stakeholders. It solves some of the biggest problems in determining when and where music is being played and ensuring performance royalties have been properly paid. 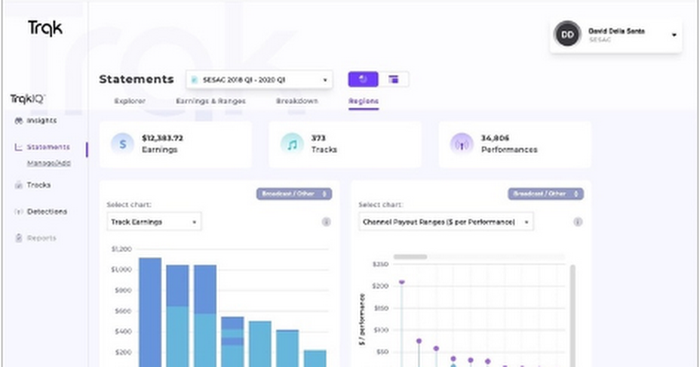 TrqkIQ gap analysis pinpoints missed income by comparing royalty statements with on-air detections powered by BMAT, the leading audio content recognition and global monitoring service. TrqkIQ is monitoring performances on 200 TV and radio stations in the U.S. with plans to expand in the future. Cross-industry insights increase in accuracy through the TrqkIQ Insights Index™, which grows on a regular basis and contains thousands of royalty statements and billions of performances. 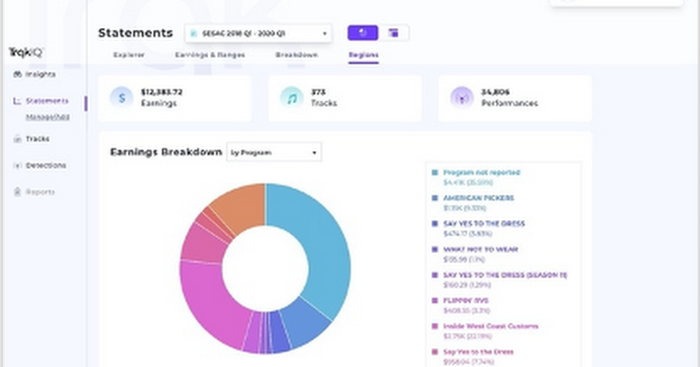 Trqk has also launched the Inside Trqk Blog with a wealth of news, information, tips and tools, sound advice from industry experts, education about music publishing and rights management, as well as tutorials.

TrqkIQ offers a 14-day free trial with options for two plans: the Basic Plan is free to users with less than $1,000 royalty income per quarter, and a Pro Plan, which starts at $90 per quarter and scales with quarterly royalties and the number of detection tracks. For more information, visit trqk.io/pricing. 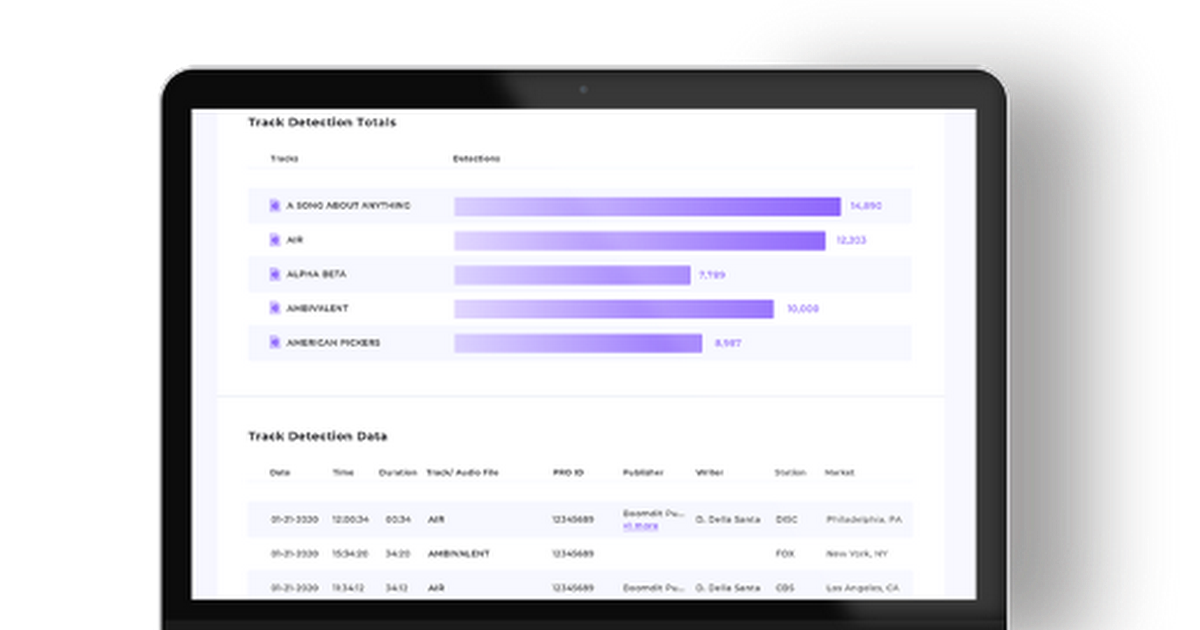 “TrqkIQ Indie Edition is really impressive, offering the industry an innovative tool for better managing royalties, understanding statements, and analyzing income vs. performances. From indie artists and composers, to music libraries and publishers, this can be an invaluable tool for anyone generating performance income,” said Adam Taylor, President/CEO of APM Music.

"We are excited to officially launch TrqkIQ Indie Edition and give the industry a modern way to really take control and maximize their performance royalties. More than 100 top-tier composers, libraries, and publishers provided tremendous feedback in our successful beta program, which resulted in significant enhancements. The response has been terrific, and we look forward to building the Trqk community as we continue to roll out additional features over the coming year,” said David Della Santa, co-founder and chief creative officer at Trqk.

"Trqk’s new dynamic tools expedite and automate the process of analyzing performance royalties and identifying income that may be missing. It offers many valuable insights that can potentially lead to higher earnings, as well as better terms and placements in the negotiation of sync licenses. We look forward to even more features that will soon become available for publishers and music libraries,” said Jean Chadwick, Senior Vice President of Operations at Spirit Production Music.