SMOOTH SUMMER JAZZ AT THE HOLLYWOOD BOWL IN LOS ANGELES

Like the radio generated term “smooth jazz” itself, the annual all-star event that energizes the Hollywood Bowl and gets nearly 18,000 attendees dancing and grooving every August is sorely mislabeled as “Smooth Summer Jazz.”

As is the case every year, there were elements of improvisation here and there, and a few easy flowing chill numbers throughout the four and a half hour evening. Yet as is the case of most shows these days featuring smooth jazz and smooth jazz related artists, this year’s event - headlined by multiple Grammy nominated saxophonist and consummate showman Dave Koz and legendary bassist/vocalist Larry Graham - was for the most part all about high energy partying. When Graham led a freewheeling medley through the hits he played in the late 60s and early 70s with Sly and the Family Stone, he included one classic that doubled as the command for the entire evening: “Dance to the Music.” Ensuring sellouts for this event relies on big names and legends on the bill, and this year balanced some of smooth jazz’s top instrumental artists – Koz and the trio of Euge Groove, Peter White and Keiko Matsui, branded cleverly as a trio called “EPK” – with R&B/funk legends like Graham and The Ohio Players. Yet sometimes it’s the artist you haven’t heard of going in that makes the most lasting impression. People were still settling in and clinking wine glasses when this year’s opener, former Broadway star Morgan James, performed her powerhouse 40 minute set, but those who paid close attention experienced some deep emotional soul on originals from her latest album Reckless Abandon and a cool stroll through Ann Peebles’ “I Can’t Stand The Rain.” She’s the first contemporary vocalist I’ve heard whose blend of sheer power and gossamer delicateness reminds me of the late great Eva Cassidy.

Collectively, Groove, Matsui and White have had so many radio hits over the past 25 years that they could easily fill a few hours. They made the most of their limited time slot with a run through some of their most enduring tunes that perfectly mixed a jazzy spirit with hummable melodies and playful funk – including Groove’s “Livin’ Large,” White’s “Promenade” and Matsui’s “Safari.” The trio also breezed through a batch of classic soul songs that White has recorded over the years, including “Mister Magic” and “Do I Do.” Highlights of this show were White’s brief ventures into James Bond and Deep Purple territory, Grooves’ booty shaking moves (he once toured with Tina Turner after all!) and Matsui’s jamming on a portable keyboard.

As countless festivals and cruises over the years attest, the core smooth jazz demographic are those who grew up on 70’s pop and soul. The 11 musical stalwarts that took the stage as the Ohio Players may not all be original members, but their brass fired, deep funk music was sexy, sultry, jamming, danceable and, to name but one of the classic hits they jammed on, “Skin Tight.” They balanced ecstatic crowd pleasing hits like “Love Rollecoaster” and “Fire” with the lush romantic ballad “Heaven Must Be Like This.”

After their show got thousands up dancing and flashing and swaying their cell phone lights, the fellow journalist I shared my terrace box with wondered aloud how Koz and his coterie could top them. Koz started his set with a gentle rendition of “Over the Rainbow” so as to provide a moment for everyone to breathe before he revved up. As infectious as Koz’s hits like “You Make Me Smile” are, and as engaging a performer, his true genius is knowing how to put together a versatile, perfectly paced show.

Koz is always a blast when he’s sizzling along on his own material with his brilliant guitar-bass combination of Randy Jacobs and Bill Sharpe, but the real fun of this show – even before Graham took the stage – was mining classic soul songs everyone remembers. Guest vocalist Kenny Lattimore got the spirits high with “(Your Love Keeps Lifting Me) Higher and Higher,” and then Valerie Simpson (half of Motown songwriting duo Ashford & Simpson) romped through hits like “Solid,” “Your Precious Love,” “Ain’t Nothin’ Like the Real Thing” and a duet with Lattimore on “Ain’t No Mountain High Enough” that drew on both the Marvin Gaye and Diana Ross renditions. Koz played his sax throughout, but looked as gaga as the crowd – a fan who grew up on this music mesmerized in the presence of such R&B royalty.

The Soul Train pushed on as Graham showed up in his white suit and feathered hat and started bass slappin’ his way through the Sly Stone hits. He also paid homage to his later collaborator Prince with the sing and sway along “Purple Rain” and got everyone singing and feeling cozy when he sang his classic solo ballad “One in a Million You.” That was probably the only truly smooth moment of the night, and it ensured that everyone would leave the latest rendition of this grand annual festival tradition with smiles on their faces and joy in their old school minded hearts. 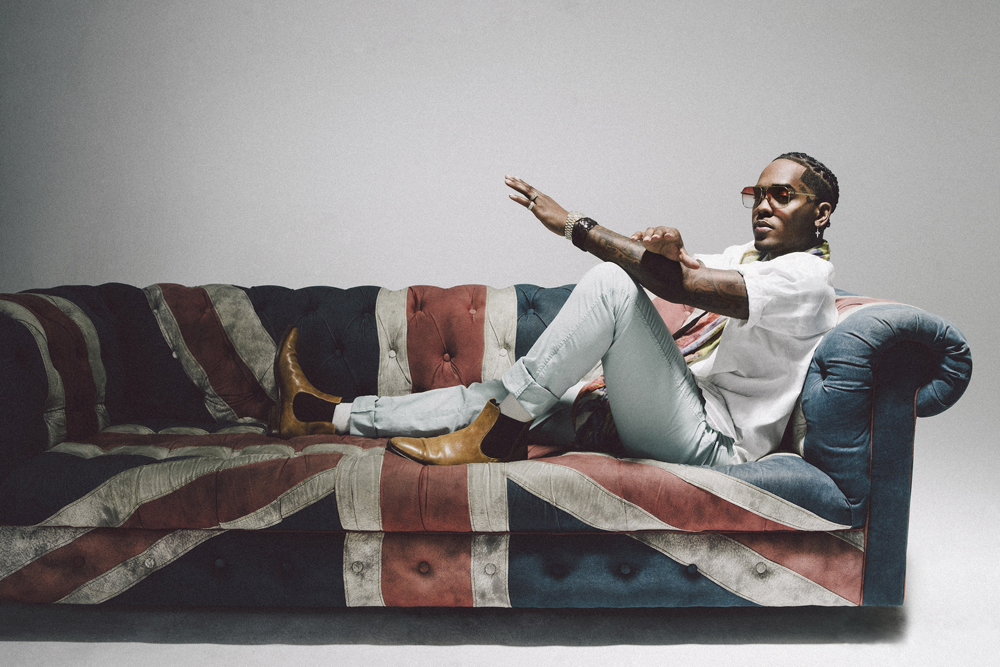