Producer, engineer and musician Marc Urselli started a band as a teenager in Italy. As it matured, he felt compelled to record the rehearsals. Soon he began to amass a collection of mics and related gear and it wasn’t long until he had his own commercial studio. In 1999, he moved to New York City where he’d landed an internship at EastSide Sound. He’s now its chief house engineer as well as an independent consultant. He’s worked with artists including U2, Lou Reed and Les Paul. Three of the six Grammys for which he’s been nominated now sit on his shelf. One of his recent engineering projects is the 26-track tribute album AngelHeaded Hipster: The Songs of Marc Bolan & T. Rex, which took about two years to complete. Two of the things that made it complex were the number of artists involved—Elton John, U2 and Kesha among others—and that tracks were recorded at 10 different studios in cities dispersed across the planet. “The biggest challenge was giving the album a cohesive sound,” Urselli recalls. “There’s a lot of diversity on this record in every sense: genre, musicians, recording techniques and studios. My style permeates the recording so by virtue of that, it ends up sounding cohesive.

“Another challenge was being prepared for anything that the session or producer [Hal Willner] would throw at me,” Urselli continues. “Things would often happen last minute or without a lot of information. For example, the session with Nick Cave happened with a 48 hour notice. I was in New York and had to book a flight to L.A. The same thing happened with U2 in New Orleans. Being prepared is key in making everyone comfortable. They need to see that you are in command of the equipment and comfortable in that situation.”

When he begins work with a new artist, his first steps depend on his role. “If I’m the recording engineer, I ask them how they want to record: together in the same room or in iso booths,” he explains. “If I’m mixing, I ask how the tracks were recorded so that I know how to mix them. When I produce, I have artists send me demos so that I can see what kind of sound they’re going for and I’ll make suggestions and we work out arrangements together.”

Over many years of working in studios, one of the keys to success this engineer and producer has identified is the importance of roles. “You need to be respectful of them and don’t want to overstep your boundaries,” he asserts. “If I’m hired as an engineer on a project, even though I might have opinions [on the production], it’s important that I keep them to myself. The producer is the one who’s supposed to express an opinion.”

When MC spoke with Urselli he had three records with composer and producer John Zorn on his horizon. He’s also involved in something slightly unconventional: a throat-singing compilation, which calls on a Mongolian technique whereby singers create overtones with their vocal chords. He’s paired the vocalists with various musicians including guitarists from several metal bands. Lastly, he’ll release a record with his own quartet that includes Jim Jarmusch and Lee Ranaldo, guitarist with Sonic Youth. 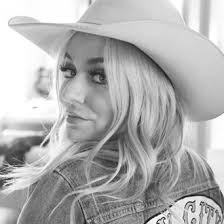