Home›Latest›Peter and the Wolf at the Hollywood Bowl in Hollywood, CA

Peter and the Wolf at the Hollywood Bowl in Hollywood, CA

Having thoroughly enjoyed the snappy witticisms and anecdotal narrations of guest conductor Bramwell Tovey in recent weeks as he brought both the Hollywood Bowl’s Tchaikovsky Spectacular with Fireworks and Britain at the Bowl presentations, I was truly looking forward to the third of his August appearances leading the LA Phil through a presentation of Prokofiev’s symphonic children’s fairy tale “Peter and the Wolf.” Then word came, and a replacement sheet was circulated, to indicate that Tovey would not be conducting, that sitting this one out is doctor’s orders as part of his treatment for cancer. His prognosis is supposedly good, and hopefully, he will be back next summer.

Guesting for the guest conductor was the energetic, dapperly dressed (in a white jacket) young Frenchman Ludovic Morlot, Music Director of the Seattle Symphony since 2011. Though he didn’t speak a word—quite a contrast to the cheeky, loquacious Tovey—he filled in admirably, leading the Phil to a sweet and joyful, uplifting swirl through Tchaikovsky’s “Waltz from Sleeping Beauty” as an intro to what turned out to be an incredible multi-faceted main presentation.

Prokofiev wrote the charming, allegory-rich piece in 1936, shortly after he was persuaded by Stalin to return to the Soviet Union from Paris to make it his permanent home. It was intended to promote Soviet values—young Peter, the future, disobeys his grandfather, the old and resistant, venturing fearlessly into the woods and triumphing over nature by capturing the wolf. As it became the formative listening experience for millions of music fans, it transcended its roots and became a worldwide classic. The whimsical theme music representing Peter seemed familiar to almost everyone. The rendering at the Bowl was a frolicsome feast for eyes and ears. In addition to the many short musical pieces played with elegance, lightheartedness, suspense and ominousness, “Peter” was narrated with spirited phrasing by Oscar, Tony and Grammy-nominated actor John C. Reilly and featured the quirky, dazzling adult puppetry of Bind Summit, a London-based, internationally touring producer of puppet-based theatre under the vision of Artistic Director Mark Down. Most of the animal and hunter characters were fleet-footed, well-choreographed humans in costume. The bird made the moves of a graceful ballerina. Peter was a literal puppet, carted around the Bowl audience by handlers, with a spotlight on him. In line with the show’s original intent to introduce children to the individual instruments of the orchestra—not unlike Camille Saint-Saëns’ “Carnival of the Animals,” featured at the Bowl in July—the show began with Reilly naming the instruments representing each featured character, with soloists and sections of the orchestra playing them: bird/flute, duck/oboe, cat/clarinet, bassoon/grandfather, wolf/French horns, hunters/woodwind and trumpet theme with gunshots on timpani and bass drum. It all played out dazzlingly with the orchestra underscoring the spoken narrative with tension and release, dark fearful passages offset by vibrant cheer. The Bowl’s video screens, which usually show close-ups of orchestra members and sections during a symphony, was put to good use as the audience could see (shot from above the stage floor) a cartoon oak tree with the various players resting then moving about on the trunk and branches as the colorful story played out. 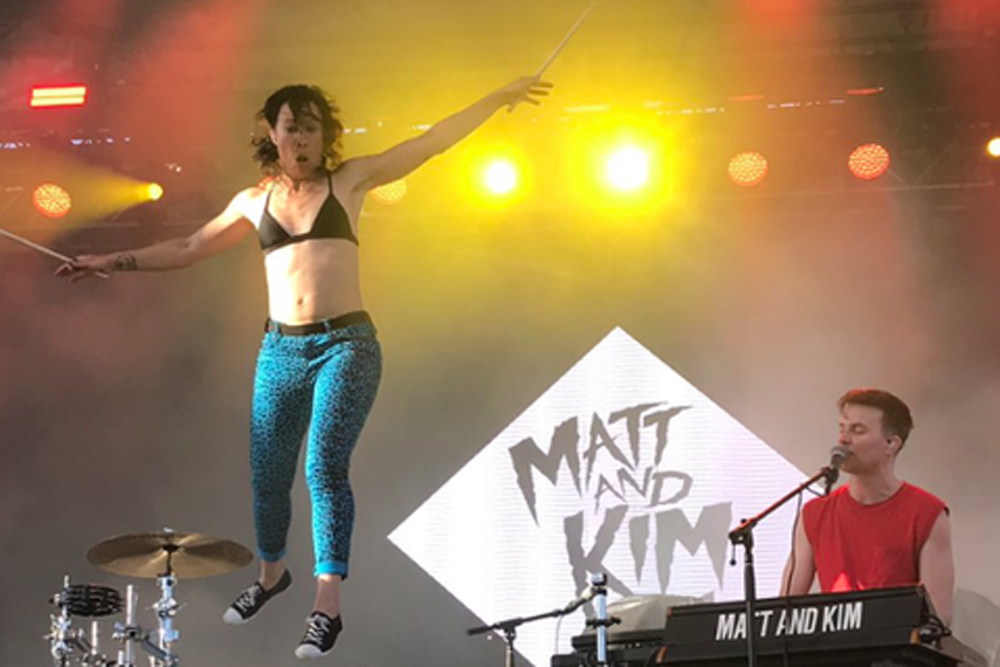