When it comes to 80’s synth-pop Orchestral Manoeuvres in the Dark (OMD) were one of the biggest to come from the U.K. OMD played the Greek Theater in Los Angeles, CA last night.

After 18 years together the group took a 10 year hiatus and have been together again since 2006. OMD has released 13 albums, six made the top 10 in the U.K. eight ranked between silver and platinum there. OMD also has 35 charting singles in the U.K. seven which made the top 10. Their most recent release was in 2017 with The Punishment of Luxury. OMD consists of founding members Andy McCluskey (Vocals/Bass) and Paul Humphreys (Keys), Martin Cooper (Keyboards/Sax) who joined in 1980 and drummer Stuart Kershaw who replaced original drummer Malcolm Holmes in 2015, but had also played with the group in 1993. OMD has influenced numerous groups including ones from the same era like Depeche Mode, Men Without Hats, and Duran Duran to groups that came later like MGMT, No Doubt, The Shins, and Death Cab for Cutie. OMD’s tour is in honor of their 40th anniversary.

The morning of the show Goodfellas star Ray Liotta passed, followed by Yes drummer Alan White then Depeche Mode keyboardist and co-founder Andy Fletcher. OMD paid tribute to Fletcher with a photo of him on the screens and took a moment to talk about his legacy.

OMD opened the show with “Stanlow” and played a total of 21 songs. On the third song “Messages” McCluskey played bass. OMD played all the hits like “Souvenir,” “Joan of Arc,” and ended with “Enola Gay” before the three song encore. The encore was “If You Leave,” “Secret,” and “Electricity.” OMD sounds fantastic and many songs had the audience dancing and of course singing.

15. The Punishment of Luxury

17. Sailing on the Seven Seas 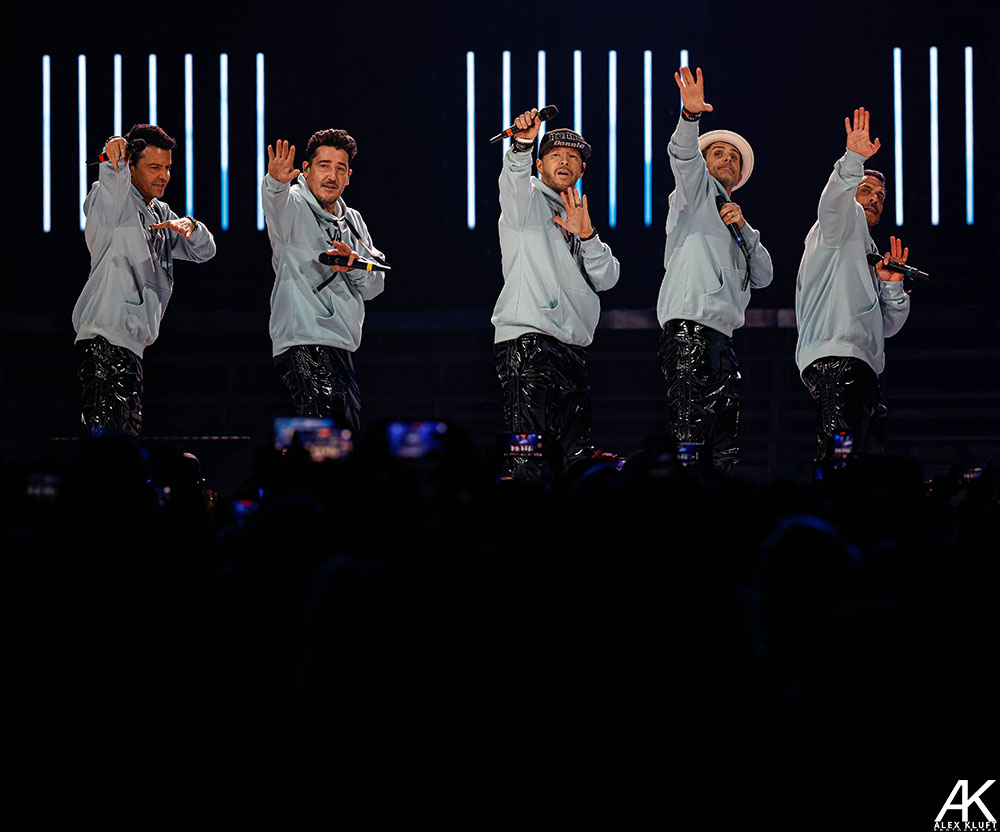