Home›Latest›Mumford & Sons + Portugal. The Man at the Banc of California Stadium in Los Angeles, CA

Mumford & Sons + Portugal. The Man at the Banc of California Stadium in Los Angeles, CA

When Mumford & Sons announced Portland, OR-based rock outfit Portugal. The Man as the opening act for a couple of their North American tour dates, I was ecstatic and knew I needed to attend their LA show at the Banc of California Stadium. I've been a huge fan of Portugal. The Man since their underground phase when they released the infectious single "Purple Yellow Red and Blue." For this tour, the band performed a short set of 8 songs including hits "Atomic Man," "Live in the Moment" and "Feel It Still." While most of the crowd was not very receptive towards the band, they still made their best attempt at showcasing their talents and catchy tunes. Mumford & Sons' stop at the Banc of California Stadium in Los Angeles on Aug. 3 marked their first US football/soccer stadium headline show, which is crazy to believe since the British band has been around for a long time and are heavy-hitters in the music world. Even frontman Marcus Mumford exclaimed, "Now this is a stadium."

Over the course of their career, the band has evolved their sound, dabbling from folk to alt-rock but keeping a rootsy, old-timey sound that makes them unique. The quartet did exactly what they were supposed to do in an arena setting, showcasing the sonic dimensions of their instruments including the banjo, standup bass and more. The band kept it simple by letting the music speak for itself. What makes Mumford & Sons' songs special is that they're always filled with big chanting choruses that are fun to sing along with, and the band definitely played to their strengths by hyping the choruses of each song up. In total, they performed a huge 21 song set-list including "The Wolf," "Little Lion Man," "Babel" and new hits "Rose of Sharon" and "Delta." The band is still currently touring across the US in support of their latest album Delta. For tour dates visit mumfordandsons.com. 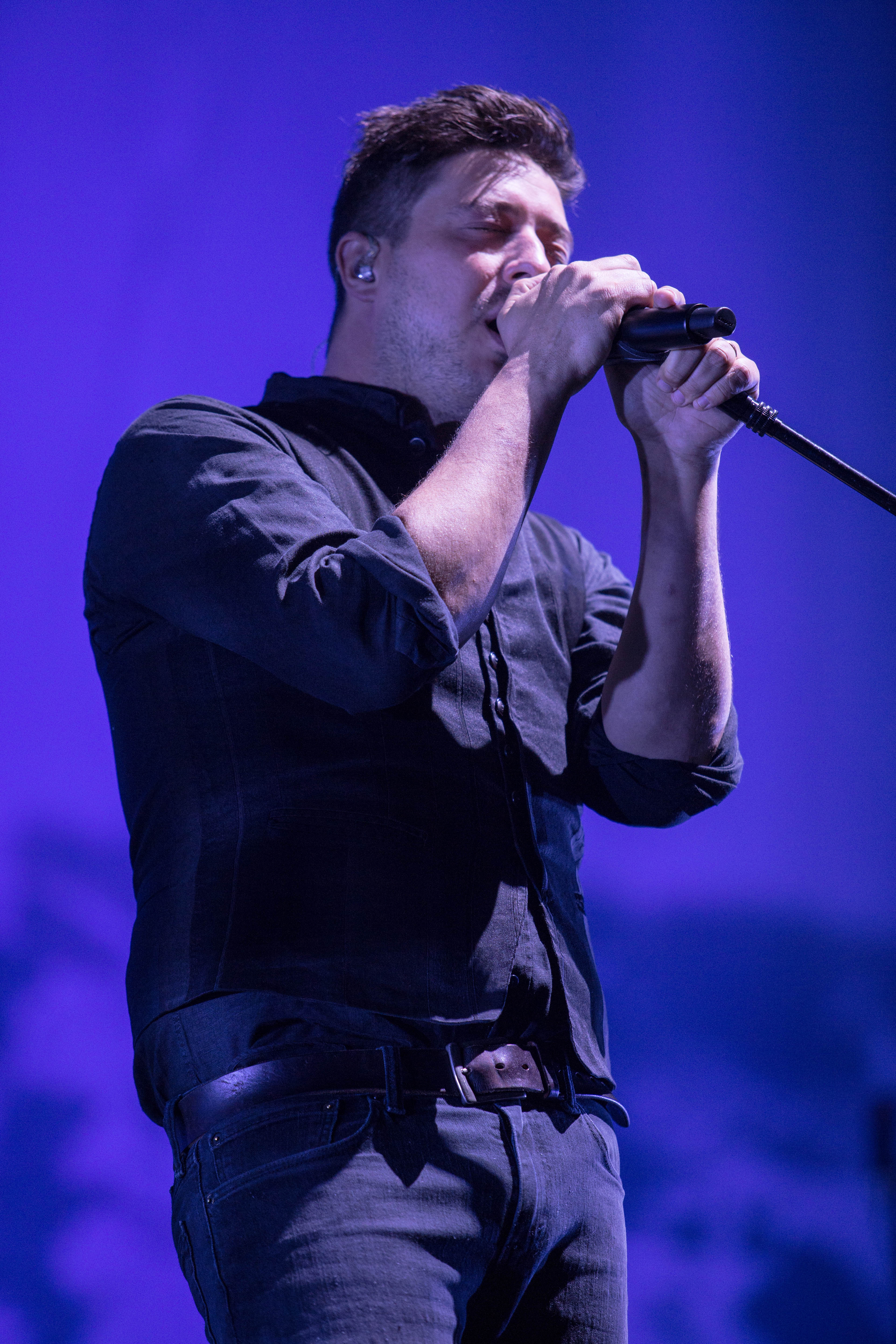 Lionel Richie at the Hollywood Bowl in ...