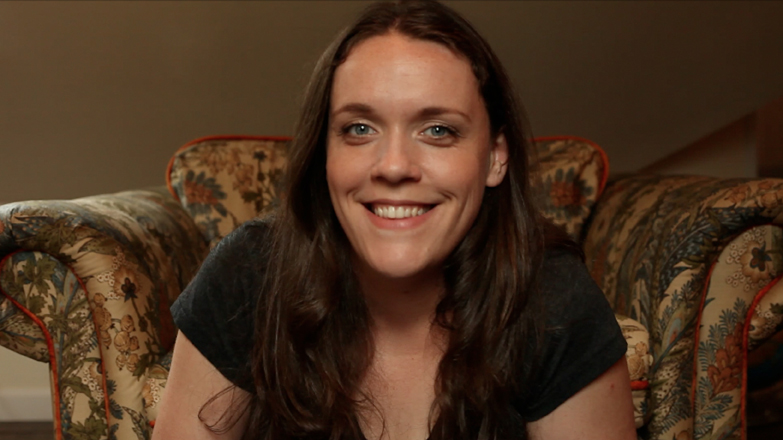 Singer-songwriter Lucy Wainwright Roche works well under pressure. Scheduled to track her sophomore full-length with friend, collaborator and producer Jordan Brooke Hamlin, she had only one new song ready. “I made a deal with myself that I would write a song a day. I didn’t allow myself to go out of the house and do anything else. And some days it took a long time.”

Time constraints notwithstanding, the resulting collection, There’s A Last Time For Everything is a sagaciously written and strikingly sung collection of songs. Empathic arrangements and subtle production highlight the purity of Roche’s voice and the perceptions expressed. Augmenting the 10 original tracks is a stripped down reimagining of Robyn’s dance hit “Call Your Girlfriend.” Guests include Colin Meloy from the Decemberists, Mary Chapin Carpenter and Robby Hecht.

Hamlin tracked the album in the basement studio in her Nashville home. “We didn’t do very many takes,” says Roche. “I can get very perfectionistic about little moments in the vocals. This time, in the spirit of the record, I went with the flow, and didn’t sing the songs that many times. I wanted to get full performances and early takes, so we weren’t beating the songs to death.”

Lucy Wainwright Roche is a link in a notable lineage of singer-songwriters that includes her parents, Loudon Wainwright III and Suzzy Roche of the Roches, and siblings Martha and Rufus Wainwright. Raised in New York’s Greenwich Village and on the road with her family, this young artist’s career is the opposite of many singer-songwriters. Resisting the pull of the family business, Lucy at- tended college in Oberlin, OH. “I was really into getting out of New York and going to Ohio. Oberlin is a tiny town and I spent time with friends out in the rural areas.”

After graduation, she returned to teach school in New York City. “I didn’t do it long enough to perfect my act,” Roche continues. “I would probably be a better teacher now after having done these years as a performer. They’re similar jobs––communicating to a group of people, so they really overlap. I used to be shy, but I’ve been cured of that.” In 2005, a tour with brother Rufus sparked Lucy’s solo career and instigated an exit from the classroom.

Roche says that her illustrious bloodlines are an advantage. “I’ve never not had that aspect to my life or career. People who are interested in my dad, mom, brother or sister are more likely to give my record a listen, which is really helpful in this age.” And touring with the family, Roche observes, is an ideal way of connecting with them. “We don’t see each other all that much because we’re all on tour; but going on tour together is like the ideal family vacation. You’re traveling, you have a plan every day, and you get paid. Most people don’t get to do that on a family vacation.”

Earlier this year, Roche collaborated with her mother, Suzzy, on Fairytale and Myth, produced by Rob Morsberger in the final stages of his battle with terminal brain cancer. “Rob, who played the instruments and recorded it, died in June. It was a really special project to do at the end of his life. And now my mom and I have this record of us singing together, and we’ve been doing shows and house concerts together, which is an adventure. We’re very compatible, I grew up on the road with her, we’re used to traveling and sharing hotel rooms.”

On this day, Roche is packing for a series of solo shows in Alaska. In anticipation of inclement weather, she has even purchased a raincoat. “So it had better rain,” she laughs. With the release of the CD, she will be touring what she terms “these American parts.” She says that seeing the effect of how her songs read to others is often a revelation. “Their takes can be totally vastly different that what happened in your head. When it’s out in the world it doesn’t belong to you any more because everyone is having their own private experiences with the songs.”

"Once Upon A Dream" The Rascals Live ...