On June 14, 1970, the Grateful Dead released Workingman’s Dead, an album that was unlike anything they’d ever done, one that showed the world a new side of the Dead. It was clearly the same band as before, but now with a distinctly different sound and approach to the music, pivoting from psychedelic improvisation to folk-rock storytelling for the “everyman,” as the album’s title suggests.

“In its focus on vocal harmony and consistent tunefulness, Workingman’s Dead resembles CSNY’s Deja Vu, which came out that same year,” suggests Dr. James Cushing a deejay on KEBF-FM in Northern California.

“The melodic connection between something like ‘Our House’ and ‘Uncle John’s Band’ surprised me at the time, having associated the Dead with freeform jams like ‘Dark Star,’ but the result multiplied the Dead's audience while cheering up a lot of people bummed about the end of the Beatles.”

Workingman’s Dead will celebrate its 50th anniversary this year with two new releases from Rhino. WORKINGMAN’S DEAD: 50th ANNIVERSARY DELUXE EDITION will be available on July 10 for $34.98.

This three-CD set includes the original album with newly remastered sound, plus an unreleased concert recorded on February 21, 1971 at the Capitol Theatre in Port Chester, NY. The show was mixed from the 16-track analog master tapes by Jeffrey Norman at Bob Weir’s Marin County TRI Studios and mastered by Grammy® Award-winning engineer, David Glasser.

WORKINGMAN’S DEAD: 50th ANNIVERSARY vinyl picture disc will be available the same day for $21.98. Produced in a limited edition of 10,000 copies, it features the newly remastered version of the original album.

While the Dead’s first three studio albums appealed to many, the group didn’t yet have the mass breakthrough that would make the entire world take notice of this band of misfits from the Bay Area. Workingman’s Dead changed all that. With eight perfect songs – like “Casey Jones” and “High Time” – the album solidified the Jerry Garcia-Robert Hunter songwriting tandem as one of the best, and most-important, songwriting collaborations in music history. The album reached the Top Thirty and included the single “Uncle John’s Band,” which climbed to #69 on the Billboard Hot 100 singles chart.

“Since we embarked on the series of Grateful Dead 50th anniversary releases, we've had a blast re-mastering the original albums and finding previously unreleased live material from the era for each. In 2020, we're blessed to have two albums celebrating their 50th anniversaries, and we're thrilled with how Workingman's Dead has turned out,” says David Lemieux, Grateful Dead archivist, and the set’s producer.

“For an album as important and great as Workingman's Dead, it seemed appropriate to double the amount of bonus material. The show we've selected gives a definitive overview of what the band were up to six months after the release of the album and shows the Dead sound that would largely define the next couple of years. From Workingman's Dead through Europe '72, the Dead's sound was Americana, and the live show included here is a workingman's band playing authentically honest music.”

WORKINGMAN’S DEAD: 50th ANNIVERSARY DELUXE EDITION includes the band’s previously unreleased live performance from 1971 at the Capitol Theatre. The show featured a plethora of songs from both Workingman’s Dead and the band’s follow-up album, American Beauty, which was released in November 1970. Some highlights include Weir’s moving vocal take on “Me and Bobby McGee,” Pigpen’s whiskey-seasoned growl on “Easy Wind” and a stellar run through “Uncle John’s Band” to close out the show.

During 1976 I conducted an interview for the now-defunct Melody Maker with Jerry Garcia at music promoter Bill Graham’s house in Mill Valley, California.

When I encountered Garcia I wasn’t a big Grateful Dead fan or collector. I had seen them a handful of times in the early and mid- ‘70s. I enjoyed Jerry Garcia’s solo shows, especially a 1973 Ash Grove club date in Los Angeles.

I was just fascinated by Jerry Garcia. He was so accessible. And, he was also interested in me. Who I dug, which books I had read, the kind of music I collected. I only had a few Grateful Dead albums, and told him. I wasn’t a concert taper and didn’t swap cassettes of their gigs. Jerry grooved on my honesty.

In our hang, Garcia and I just jammed, akin to the way he plays music with his band or anyone in his life.

I first complimented him on his pedal steel playing and work on Jefferson Airplane’s Surrealistic Pillow LP. We sat around and Jerry pulled out some very potent weed he had concealed in a container of nose spray that he tore open on the spot. I had never seen that before.

I asked Garcia about Woodstock.

“It started the mega-success. That was a total disaster from our point of view. We played probably the worst set of our career. I’d like that one erased from the books.

“Well, I can get into that real easy. The worst for us and for me personally was Woodstock. The ultimate calamity. First of all, we were really stupid in the way we dealt with it. It was raining and we went on just after it got dark. There was maximum confusion going on, sound logistics. Really weird. Plus I was high, of course. And I went on stage in a state of confusion.

“Huge crowds of people over the stage. The stage had sheet metal and stuff on it, it’s wet, and I’m getting incredible shocks from my guitar. Pretty soon I started hallucinating a ball of electricity rolling across the stage jumping off my guitar. Meanwhile all the little citizen band radios and walkie talkies and things with the amplifiers –– there’s weird voices coming out of the amplifiers. It’s dark, and you don’t see any audience, but you know there’s 400,000 people out there. Then somebody leans over across the stage, since everyone is ganged up, and says the stage is about to collapse. I’m standing there in the middle of this trying to play music. Then they turn on the lights, and the lights are a mile away. Monster super troopers. Totally blinding and you can’t see anything at all. Here’s this energy and everything is horribly out of tune, ‘cause it’s all wet, damp and humid. It was just a disaster. It was humbling (laughs)."

“I really think the scene out here created the possibility for Woodstock to happen. Earlier the Monterey International Pop Festival. The thing, the activity, music, and people. The set-up was out here.”

“I think that the world has changed. I think the United States has changed very visibly in the last ten years. A lot of it had to do with what happened in San Francisco. I can’t say how or why, but I also think it’s affected everything. Just all the interest in things like ecology. All the interest in the sense of personal freedom as expressed by all kinds of movements. All these things were designed to free the human. Social overtones. All that stuff. The communal spirit.”

“When the Acid Tests were happening, I personally felt ‘In three months from now the whole world will be involved in this.’ So, as far as I’m concerned, it’s been slow and disappointing. Why isn’t this paradise already? (laughs). My personal feeling has been one of waiting around.”

We chatted about the San Francisco music scene.

“We’re serious. One of the things you could say about all the bands that came from San Francisco at that period of time was that none of them were very much alike. I think each of us has dealt with it in various ways. For me, I know what I’m supposed to do, and I’ll do what I’ll have to do to be able to play. I think almost all the people I’ve known around this area, involved around the music scene, have been faithful to that thing. They’re all kinds of things happening, but it really has to do with what you are into. Right now, the San Francisco music scene is deeper than it ever was, in the sense of any night you can go to 14 or 15 places in the Bay Area in a radius of 50 miles and see something really good. Not only that a lot of different kinds of music.”

We discussed the Grateful Dead recordings and solo efforts of group members.

“Everybody knows who they are. No matter what you read about you in the paper, you know who you are. You don’t get any special breaks at the gas station. You can either be sucked in by that stuff, in which case it just eats you, or else just realize there’s a difference between what you read and who you are. I always did. It works beneficially. Doing things with other people, you can appreciate the uniqueness of each situation a little better.

“I like the live experience. That’s where it counts. That’s when music is real. It’s real in that situation. That’s the situation that I feel I have the greatest sense of personal responsibility about. I don’t mind putting out a bad record, but I really hate a bad concert. That really is depressing.”

“It’s not judgmental. You can’t deal with it in a yes/no kind of fashion. For example, my band is a band that could best be described as consonance and harmony. Conceptually, everybody in the band thinks pretty similarity. In the Grateful dead it’s a situation in which almost no two people have the same conception musically; which makes it harder. Nobody gets their way. However, what we all respect about that situation is that there is a potential of a larger central viewpoint which none of us, individually, are capable of perceiving, but which we all add to because of the diversity and the conflict.”

Jerry also reflected on life on the road.

“I’ve learned that it requires a certain discipline for me personally. And I know I’ll approach it in a certain way. I’ll definitely burn out, and I wouldn’t survive a tour, for example. For me, it’s a matter of surviving. This is the set of givens. You’re gonna be in airports, motels, exposed to any number of strange drugs, strange experiences, intensity of this sort, and so forth.”

“Within that framework how do you stay even? What you do is learn so it becomes a thing of pace, vitamin C, protein. You try and stay alive. That’s a fundamental problem. I’m just the sort of person who deals with things on that level. Once I know things what I have to cope with, it’s just a matter of adjustment. I just hate personal failure, being on stage and going through the changes and playing bad because I’m either not well, tired, too stoned, whatever. To me it’s an aversion therapy thing. It’s the reason I’ve been able to survive.” 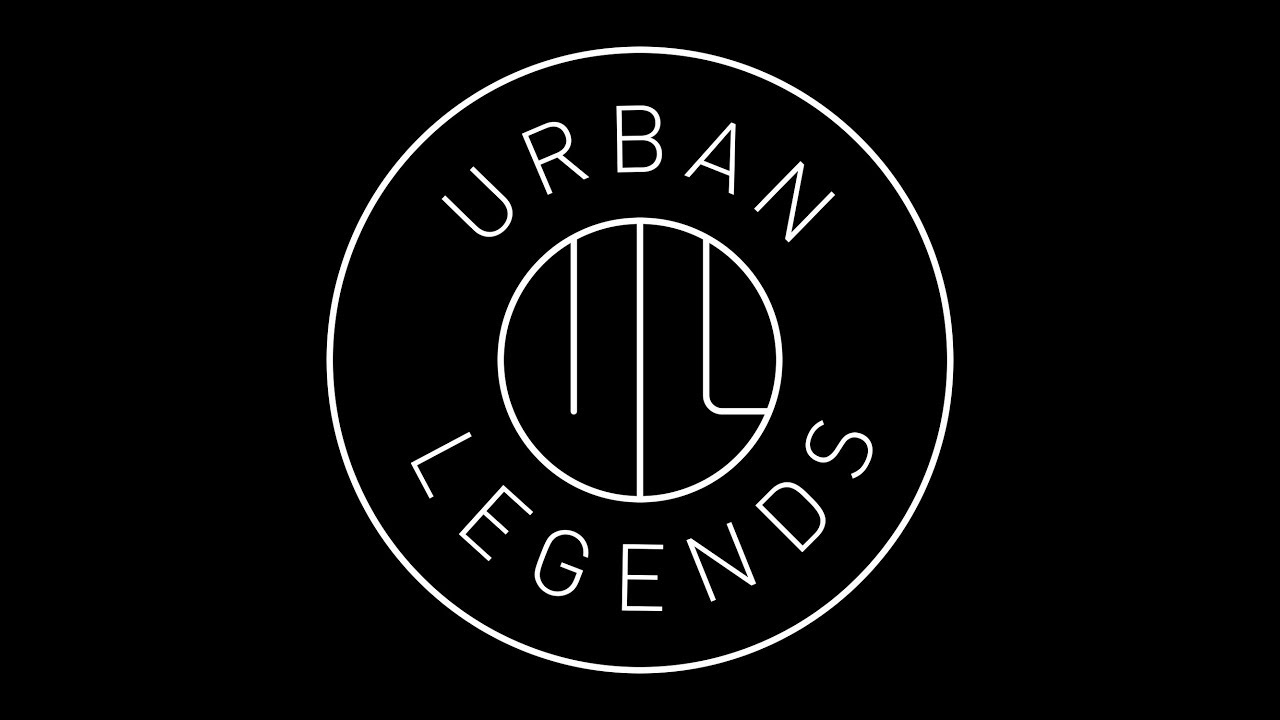 Jerry Cantrell to Be Featured on GibsonTV's ...