Sub Pop has announced the addition of Guerilla Toss to their iconic roster of artists. The label will be releasing their latest effort, Famously Alive on March 25th. After a decade sprinkling glitter into grit, building a reputation as one of the most ferociously creative art-rock groups working, the upstate New York band have eased fully into their light. This is Guerilla Toss at their most luminescent -- awake, alive, and extending an open invitation to anyone who wants to soak it all up beside them.

Singer and lyricist Kassie Carlson, multi-instrumentalist Peter Negroponte and guitarist Arian Shafiee wrote Famously Alive at home in the Catskills during the pervading quiet of the pandemic year. Together with guitarist Arian Shafiee, Carlson and Negroponte cultivated a sound that spliced together psychedelic texturing and Krautrock syncopation with the gloss and glow of contemporary pop music.

The group's debut single and album opener,  "Cannibal Capital," is a song about the exhaustion and dread of social anxiety. The song came together in a flurry toward the end of the album's sessions. A taut bass groove erupts into competing squalls of guitar and synth that support one of the most immediate and arresting vocal hooks of Guerilla Toss's catalog to date. Directed by Lisa Schatz, you can watch their new video for “Cannibal Capital” by clicking here.

The band will embark on a 16 date North American tour beginning Apr. 13th in Richmond VA. With additional shows in Atlanta, Milwaukee, Chicago, Toronto, Montreal, Philadelphia, and Queens, NY. See below for a full list of shows. 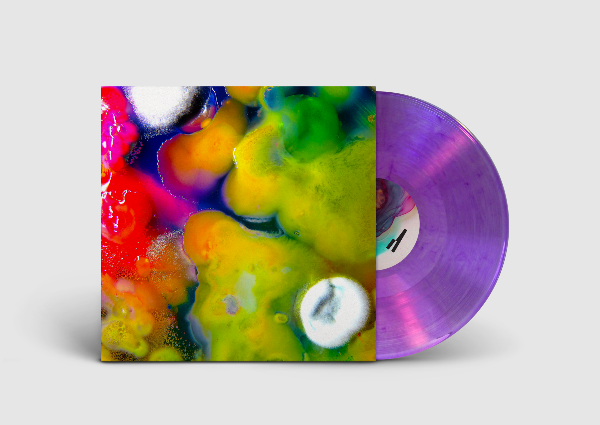 Famously Alive is now available to preorder from Sub Pop. LPs purchased through megamart.subpop.com, select independent retailers in North America and in the U.K. and Europe will receive the LOSER version on Clear Purple vinyl.