As part of its ongoing 50th Anniversary celebration, Eventide’s Flashback Series, which highlights groundbreaking products that first solidified the company as an audio technology leader, continues with the latest installment - H910 Harmonizer.

The success of the H910 was gratifying, especially considering its limitations; for one thing, you could only do so much with 100 milliseconds of delay! We were already thinking about a new, improved model even as the first H910s shipped. At the time—the mid ‘70s—IC technology was sprinting ahead. The 4k-bit RAM chips in the H910 became ‘old news’ once 16k-bit chips were available. And, by 1977, logic ICs had progressed to doing simple but fast arithmetic, which enabled a host of unheard-of effects.

The H949 benefited from the rapid pace of IC development with improved audio specs and much more. It represented a major advance in the very notion of an effects box and introduced the terms algorithm, random, and micropitch to the audio lexicon. Our marketing message was simple—“more of everything.” 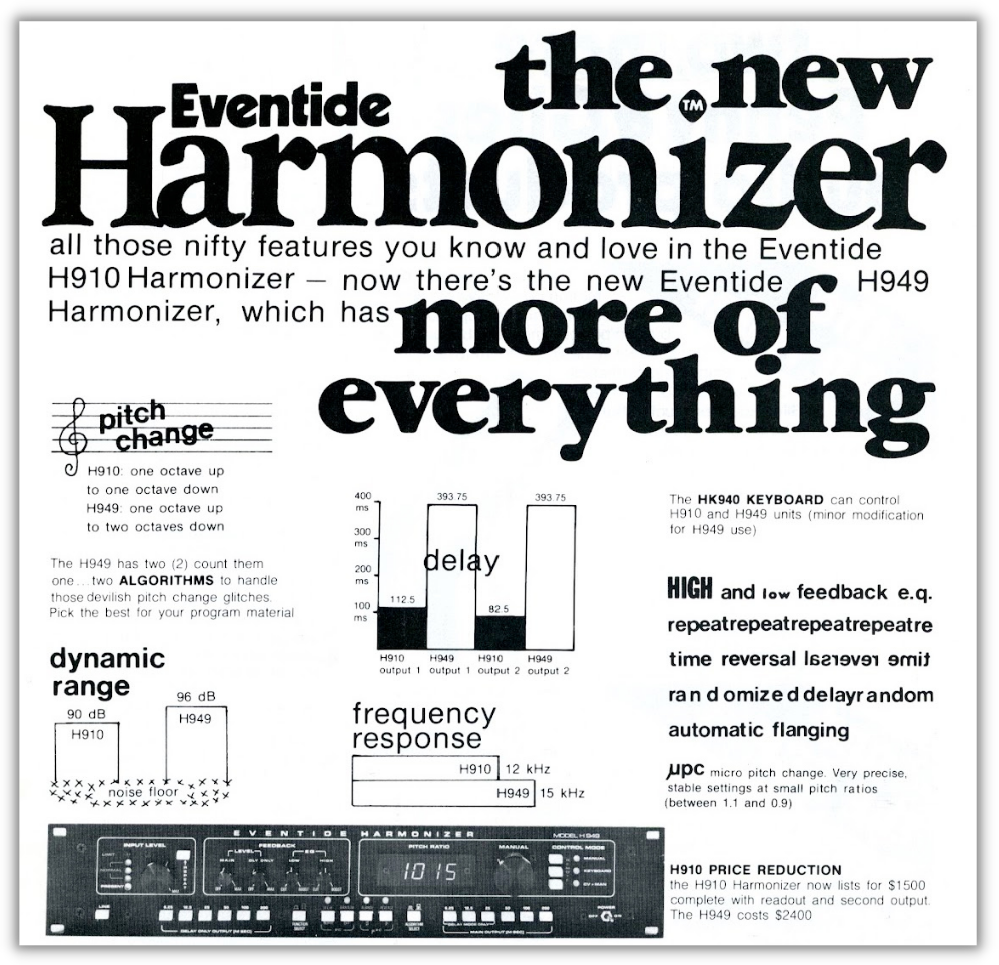 The long list of “more of everything” included longer delays, radical new features, and better audio specs. But, for this Flashback, we’ll focus on the ‘devilish pitch change glitch’ that plagued the H910 and the method that we came up with for smiting it.

Why was taming the glitch so important? Didn’t some people love that devilish glitch? Yes, perhaps some did, but most simply tolerated the glitch while appreciating that the H910 opened up a new world of sonic possibilities. Others had the hope that it could be used to help solve a sticky problem: ‘pitchy’ vocals. On that score, it fell short for two reasons. First, it was difficult to dial in small, precise pitch ratios, and second, the random glitch made for hit-or-miss results.

The H949 was the first pitch-change box designed to be a tool for tuning. It had the necessary fine resolution, as well as the ability to analyze audio in real-time and make decisions that avoided audible glitches. Engineers welcomed this new capability and found that while monitoring a problematic track, they could twist the big knob—at the right time and by just the right amount—to bring a wandering pitch in tune. Bear in mind that, in 1979, autotune was still more than a decade away. This process was a hands-on, real-time performance. Engineers discovered that the H949 could bail them out. Here’s a case in point:

The path to solving the glitch problem took a number of twists and turns. If you’re game, come along with us as we travel Nerd Boulevard! Alternatively, flash forward to Flashback 7.2 for a deep dive into the H949’s many groundbreaking features.

Here’s the H949 with its top board flipped up:

Take a close look at the add-on circuit board, the LU-618; dubbed the Lupine Board: 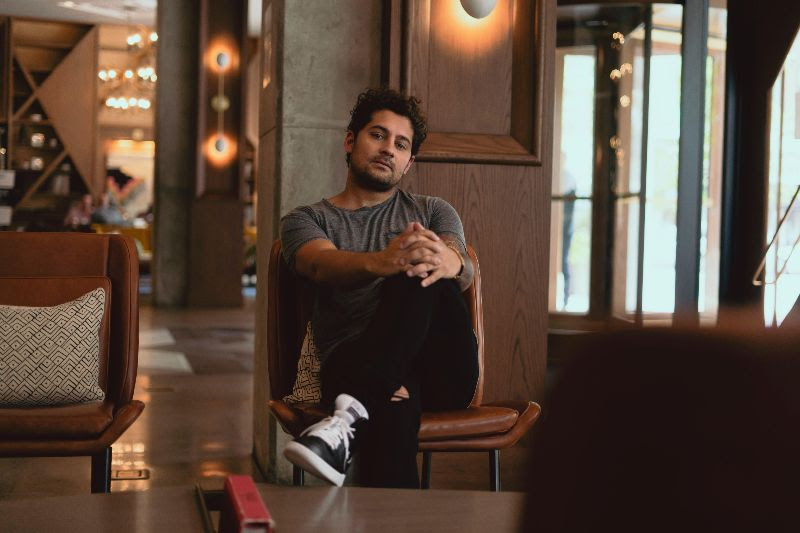