Trippie Redd (20, born Michael White) hails from Canton, OH, and got his big break when he was “discovered” by Lil Wop in Atlanta. He has been an Angelino (you can hear him repping “NoHo” on his tracks) for a couple of years now. He’s two albums and—with the recent release of A Love Letter to You 4—five mixtapes and seven EPs into his flourishing career. Love Letter is his fourth consecutive release in 15 months to enter the Top 5 on The Billboard 200 albums chart. But where Love Letter 3 and the previous two albums (Life’s A Trip and !) debuted at #3, #4 and #3 respectively, his latest exploded out of the gate at the top spot on the hip-hop charts and it reached #1 on The Billboard 200.

Part of a breed of over-emotional rappers (emo rap), just a couple of days before his Music Connection interview and following the death of his friend and collaborator Juice WRLD (who appears on Love Letter 4, and is the latest in a string of emo rap pharmaceutical deaths) Trippie Redd took to Instagram to implore followers of the genre to stay off the pills and the lean (aka purple drank aka sizzurp, basically promethazine or codeine, hard candy and soda).

Though Redd can be seen sipping out of a typical Styrofoam cup associated with lean in his recent video for “Love Me More,” he swears off all drugs, telling fans to stick to weed.

We caught up with him on the way to a movie set, and getting ready for his upcoming European tour.

Music Connection: Where are you and what are you doing right now?

Trippie Redd: I’m in LA, I live here, and I’m on my way to do a movie scene right now. It’s always been about being versatile with everything in my life, and I’m trying to accomplish everything I can while I’m alive and well.

MC: You are from Ohio, you made it out of Atlanta but now you live in Los Angeles. Did moving to Los Angeles influence your writing, with songs such as “Topanga” [from the last mixtape in the series, A Love Letter to You 3]?

Trippie Redd: With “Topanga” I was out here and I was riding through the hills before I got famous out here, and it just came up in my head out of nowhere. There’s a Charles Manson reference, which was what I was trying to do with the video. That’s why the video is so dark, because it’s on some Charles Manson shit.

MC: Rappers like Kid Cudi made it while based in Ohio. Why did you go to Atlanta to find your success? And was it a welcoming city for you?

Trippie Redd: Atlanta was fun. I loved it. It was a good time to go work in Atlanta. There was a whole new era going up, a lot of stuff going on to where I could do what I needed to do.

MC: Your new release debuted at #1 on the hip-hop charts and just went #1 on the Billboard Top 200 albums chart. How does that feel? And is it important for you to achieve such goals?

Trippie Redd: That feels amazing, super amazing. What makes me happy is just making music and actually getting to put it out, more so than going number one. But I feel like it’s a long-term goal that my fans have for themselves, and I ultimately reached that goal, but I’m more nostalgic for when the older hip-hop records went gold and platinum. Going number one helps that go faster.

MC:What are some of those early influences on you?

Trippie Redd: I listened to a lot of hip-hop and R&B, like the older stuff that my parents would listen to, like Tupac, Ja Rule, Alicia Keys, Mariah Carey and Missy Elliot. Just a whole lot of stuff. I love that whole era, I’m so nostalgic for it and I try to bring the older shit to my newer shit that I put out.

MC: I read that you also listened to KISS. Did their characters and theatricality influence your having a “persona” and a stage show, as well?

Trippie Redd: I love KISS. “Psycho Circus” [from the 1998 album of same name] is my favorite song by them. They actually wanted to meet me. I’ve been influenced by them for sure. I’m even going all out for my upcoming Love Letter to You 4 Tour. It’s definitely going to be like a forest vibe on the stage and it’s going to look like, how can I put this…? Almost very blissful and beautiful and airy, almost like a play. There’s a lot going on. I think we are going to make it rain on stage and have confetti and shit. I’m trying to go all out with my performances, because I want the fans to experience the music like I do in my head.

MC: How does A Love Letter to You 4 connect to the previous releases, if at all?

Trippie Redd: A Love Letter to You itself is a mixtape, and basically the concept behind this mixtape is all aspects of love. The grunginess and the heart and the music together make it a work of art. It makes it sound like an album. They all end up coming out different, but there is also something about what I always put in them that makes them the same too. Something like Life’s a Trip is an album, I was trying to be more alternative. When I work on an album, I pick a goal, I pick a specific thing to focus on with that album. And I really have been thinking about making Life’s a Trip 2, honestly, because I want to go for a more alternative feel and do more ambient guitar stuff and bring back the little rapping shit I was doing. But with this one I was trying to do everything

MC: Speaking of ambient guitar stuff, your music is very song-oriented, with verses and choruses and lots of guitar textures [courtesy of producer FrankieOnTheGuitar] that sometimes resembles an alternative rock album more than a rap album.

Trippie Redd: Like how it’s so musical, the way it all comes together? And that comes with that nostalgia for music that I would listen to back in the day. The shit they would put in the background and the artsy shit that you would hear certain people do that nobody else would do. It blows my mind to hear people do different things and not just stay in one pocket, so that’s what I try to do. Everything I listen to I learn from. It’s like homework.

MC: Can you walk us through making a track like your lead single, “Who Needs Love”?

Trippie Redd: On that one, I was really into my feelings, so I went to the studio and I listened to a beat that my engineer Igor had pulled up. I thought it was amazing, so I went into the booth and I started freestyling. I get the chorus done, and I get the verses done, then I do the ending and the beginning, and I add the sound effects and all that good stuff last.

Trippie Redd: I don’t know anything; I just do. It just comes from my head, it’s like a gift. A lot of people don’t do that, a lot of people write. I really look up to Lil Wayne, and he’s always just said what was on his mind at the moment. Nothing I’ve ever done has been written. I’m just spitting from my head and it’s written from the brain.

MC: Who are your most trusted music
collaborators?

Trippie Redd: Mamet, since A Love Letter to You 1. The vibe we have is different. He just knows what I like. I mean, there’s other people that can record me, but it would never be what my engineer does for me. He cares. It’s not like a burden to record me. He’s not expecting to go anywhere else. MC: Who is your most important advisor or confidant? Any advice on who to trust?

Trippie Redd: My friends and my mom, that’s pretty much it! When it comes to business stuff you need to get yourself a good lawyer and you need to make sure you have a great relationship. I got to sit back and analyze and talk to people and not say too much. People will go through things and remember what I said and go, “Oh yeah that’s what he meant.” So sit back pay attention to what people say, and don’t be too anxious to say things. Choose what you say wisely, because every word matters.

MC: If luck or success happens when opportunity meets preparation, how did you prepare for that opportunity when you met Lil Wop and eventually got your record deal?

Trippie Redd: I sat back and watched everybody do what I wanted to do and waited my turn. And when you sit back watching people do things you learn a lot. I’ve been around people that were doing a lot, and just being around them and analyzing the right people, you will get yourself by. And just say no to drugs. For sure.

MC: Which leads us to the Instagram post you made the other day. First of all, RIP to your friend and collaborator Juice WRLD. We’re sorry for your loss. You took to Instagram and made a plea for your scene to stop doing drugs. Can you go into that a little more?

Trippie Redd: It’s just honestly fucking stupid. Drugs are just ridiculous. It’s dumb, and a lot of people are doing them ‘cause they look up to people like me or people that were before me, mainly people from five to 10 years ago that were saying they should. And we were just looking up to them and reciting what they say. But honestly, I’ve never done anything besides smoke weed, for real, for real. That’s just how I’m coming and I think the world should come that way too.

MC: Many artists are reluctant to identify themselves as part of a genre or subgenre, but in the Instagram post you are speaking to and labeling your scene as “emo rap.” Does that put you in a box?

MC: Along with the pharmaceutical drugs, it seems emo rap also deals a lot with mental health issues.

Trippie Redd: There’s definitely a lot of people dealing with mental health issues just from the way they grew up. You can’t be too mad at the person, but you gotta be on their ass. You gotta act like you are that mad because they just can’t be doing that shit. We lost too many people to drugs.
And if you’re depressed, there’s so many ways to deal with it other than taking drugs. [Taking drugs] is not going to get your mind away from it for too long, because you’re going to have to do those drugs every day, and they aren’t going to do anything but kill you slowly––and that’s the sad part about it.

MC: Every generation of music has had it’s own drug scene. Do you think the drugs associated with emo rap are an aid in the creative process other than just all the mentions that they get in the songs?

Trippie Redd: You don’t have to do the drugs. Let it just be words to a song, you know?  Let’s not just do everything somebody says. If I told you to jump off a bridge, I hope you wouldn’t fucking do that shit. I don’t care how big my influence is, no one should ever harm themselves for somebody else. People use it to get in their creative space or whatever, but what’s wrong with taking weed to get into your creative space? A lot of those drugs aren’t good, and when you do them while doing your music, you ain’t really saying shit. 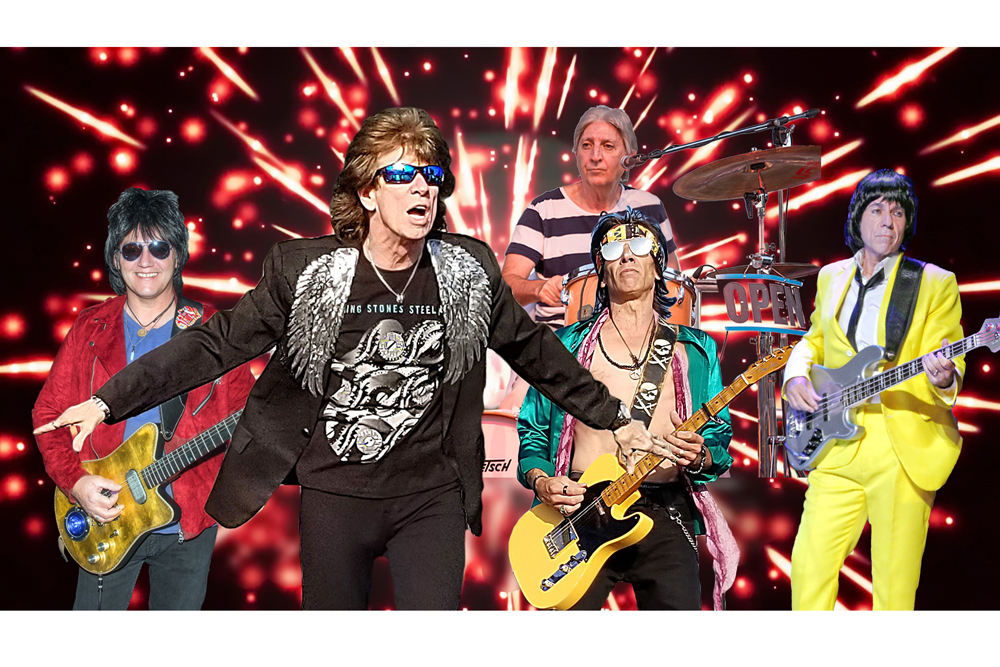