It goes without saying that a musician, at any level, should always show up to a gig on time and prepared. But once you’re at the gig, how you handle yourself in the maelstrom of a live performance is crucial. Here are some do’s and don’ts of stage etiquette to not only give your audience a professional level experience, but these guidelines ensure that you get the call-back from the band leader.

ENTRY AND EXIT
You wouldn’t think how someone gets on and off stage would matter, but you’d be wrong. Stages can have a wide variety of entry points. Some have paths directly from a dressing room, while others could just have a set of stairs on one side. Always use the intended areas to get on and off stage. NEVER climb directly on or off from the front. This comes from practice in theatre. The front of a stage is a barrier between performer and audience. It separates two realities. Violating this reality destroys the illusion of the performance.  Even in a small pub without a real stage. Make an imaginary barrier where the front of the stage “should” be, and don’t cross it. Always walk into the performance space from the wings or from behind.

A CLEAN STAGE IS A HAPPY STAGE
This is more of a safety issue than a cosmetic one, but it holds merit in both arenas. Electricity is necessary for most performances in some way or another. Even a solo with an acoustic guitar probably has a vocal mic setup. Because of the need for electricity there will always be an abundance of cables. Having these cables neatly organized together will not only look cleaner, but will also minimize the chances of someone tripping or getting tangled. No one wants his or her jack ripped out of the amp mid-solo.

LET THE MUSIC DO THE TALKING
This one is a little more subjective, but for anyone who has been unsure, here are some good basics for this topic. I’ve never been a fan of a group coming on stage and saying, “Hi, we are (insert group name here),” before they play a song. The majority of the time people will know who the band or artist is already because they bought a ticket to see you. If you aren’t as established yet, and a large portion of the show attendees aren’t familiar with you, then yes, it’s a good idea to introduce yourself and welcome people to the show, but only after you’ve played two or three songs. Likewise before your last song, remind the crowd who you are and thank them for coming. Also, the mics are hot. The audience can hear anything you say. So keep the internal banter between musicians on stage to a minimum. [Side note: take the cell phone out of the front pocket of your skintight pants.]

TECHNICAL DIFFICULTIES
Strings and drumheads break, cables crap out, jacks come loose, and gremlins invade the circuits. It’s often unpredictable and no one is at fault. The WORST possible thing you could ever do is let the audience know something is up. Uttering the phrase, “We’re experiencing technical difficulties” is such a rookie move that it makes my blood boil! Your audience is there for escapism and to be entertained. Don’t pull The Wizard’s curtain back, it’s going to make you look unprepared, regardless of who may or may not be at fault. Handle the issue as discreetly and as professionally as possible. Remember, the mics are hot. Anything you say can and will be heard by the audience.

WORKING ON THE FLY
Coming off the back of the above “technical” issues, there is often a need for adjustments during a performance. The two most common I see: monitors needing to come up or down in volume, and time checks. Often a band will ask right through the mics, “How many songs do we have left?” Shouldn’t you know that already? If you’re booked for a 45-minute show, time it out beforehand. When needing an adjustment for monitor volume, a series of simple hand gestures and signals are much cleaner than discussing a technical issue through the PA. Example: If I need more bass in my ears, I make eye contact with the monitor engineer, point to the bassist, and then point up. The engineer knows exactly what I need 100% of the time. Then when the level is where I need it, I just give him an “okay” sign or thumbs up. Simple, easy, pro and the audience won’t hear me complain or indicate a problem.

THE TUNING SONG
Make sure your instrument is in tune BEFORE you go on stage. Playing under hot stage lights and constant string bends can knock your instrument out, that’s why we have pedal and clip-on tuners. Check your tuning between songs, but make sure your volume is off when you do! “The Tuning Song” and worse––acknowledging the tuning song on stage––is another rookie mistake. Pedal tuners will automatically mute the volume. Battery operated clip-ons pick up on vibration, not volume. So roll the volume down before bringing yourself back up to pitch.

DANGER NOODLE
“No noodling” is a phrase I tell my students. It means hands off your gear. Prior to playing the first song of the night, and also in-between songs, there should NEVER be anything coming from your instrument. No jamming on the drums, no fret gymnastics, no talking into the mics (unless it’s the obligatory introductions as noted in tip 3). Sometimes it’s just a nervous habit and you may not even realize you do it, but this is where you need to have some discipline and keep yourself in check. Same tip applies to rehearsals. It’s going to really annoy your band mates if they are trying to get some work done and you’re essentially talking over them by noodling in-between songs.

NICHOLAS MASON, known as the “Living Dead Drummer,” is a Los Angeles based session drummer & music director. His credits include international touring groups V2A, Street Drum Corps, cult favorites The Rhythm Coffin, and many more. Visit livingdeaddrummer.com connect with him at [email protected]. 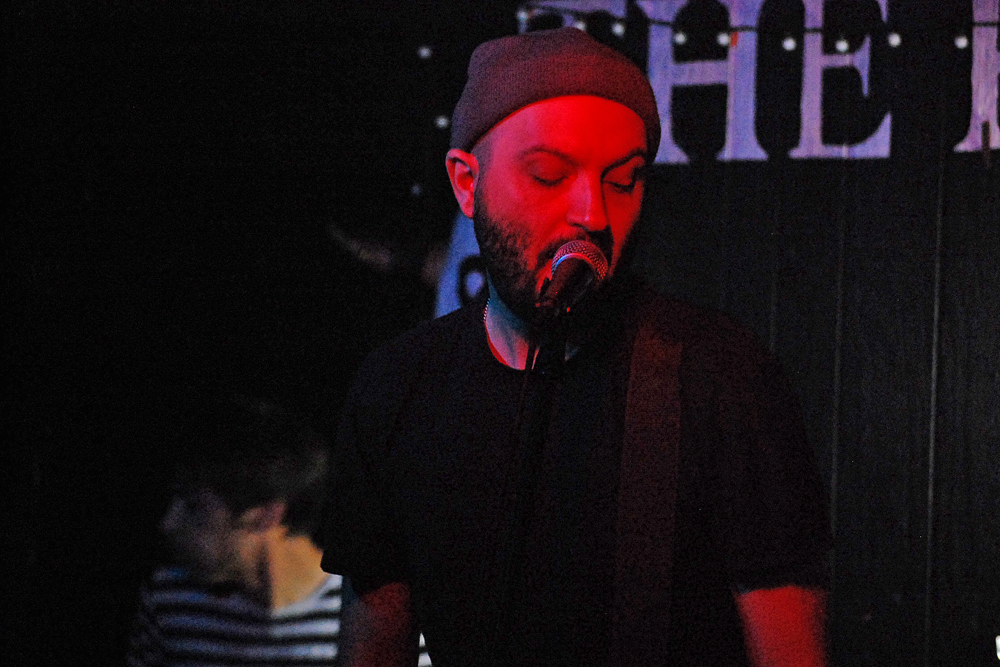 Live Review: The Pretty Flowers at The ...