Just before lockdowns began, Tame Impala’s final shows happened to be two nights at the Forum. To sell out four shows in the same city of nearly 18,000 people back to back years is quite an achievement. However, with the difference between the Forum and The Bowl with the type of special effects used, an outdoor venue works a lot better just like when I saw David Gilmour at both the Forum and Hollywood Bowl.

Tame Impala began this run of shows in Chicago, IL two months ago and two days before these shows played Outside Lands. I  would describe Tame Impala’s show as a modern day Pink Floyd with the round screen and laser beams, and also Roger Waters solo with a screen stretching across the whole stage. Also some similarities to the Flaming Lips which were a big influence on Tame Impala. The visuals and sound of a Tame Impala show surpass any group of the past decade. Tame Impala’s touring band consists of Cam Avery (Synthesizer), Jay Watson (Bass), Dominic Simper (Keys/Guitar), and Julien Barbagallo (Drums).

The show opened with “One More Year.” For the second show, Tame Impala played “Beverly Laurel” for the first time in the U.S. while night one “Keep On Lying” was played for the first time on this tour. The show included hits you often hear on the radio like “Elephant,” and “Lost in Yesterday.” The encore consisted of “The Less I Know the Better,” and “One More Hour.”

19. The Less I Know the Better 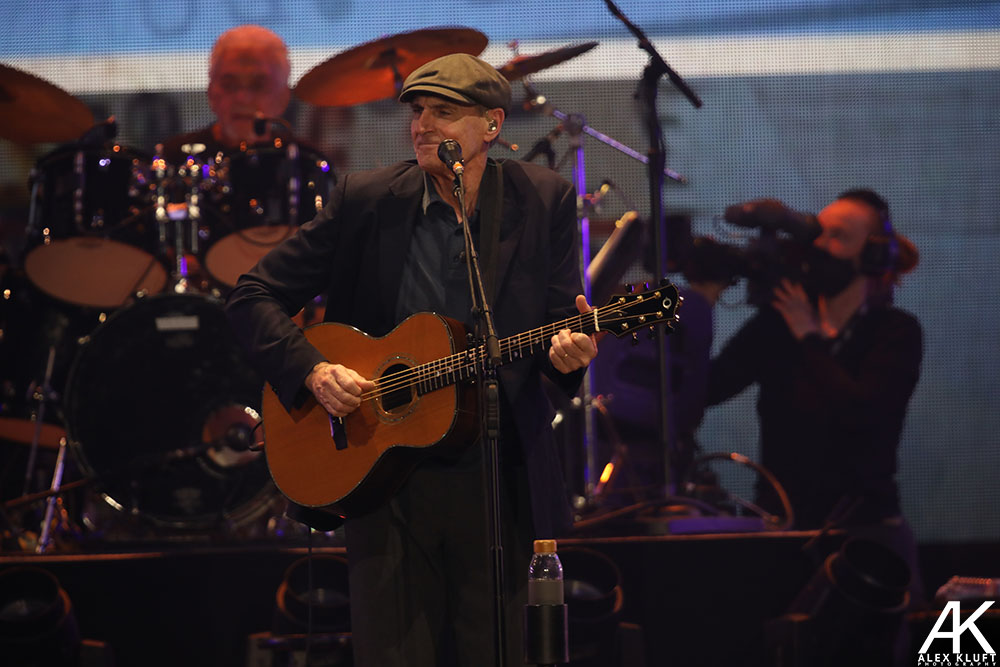 James Taylor and Jackson Browne at the ...