Crossing all genres and having a strong lyrical point of view is what you’ll find with this year’s assemblage of vocal artists. Each share thoughtful and compelling personal stories and career perspectives for the benefit of fan and musical peer alike. Join us for conversation with Austin-based singer-songwriter-instrumentalist Bonnie Whitmore, Nashville veteran Wendy Moten, Lake Street Dive front person Rachael Price, Body Count lead vocalist and solo rapper Ice-T and the legendary Sir Tom Jones. Rapper-vocalist, producer, author and actor Ice-T has covered many artistic bases in his career. Since 2000 he has been a household name on television as detective Odafin Tutuola on NBC’s Law & Order: SVU. Perhaps his biggest role, however, has been frontman for metal-tinged rap-rockers Body Count. Their seventh, and most current release, is titled Carnivore (Century Media/Sony) and features the Grammy-nominated single “Bum-Rush.”

The only thing you can do for your vocals is just try not to overdo it. The worst way to rip your vocals is to not be able to hear yourself and compete with the instruments. When I rehearse with the band I really don’t do vocals while the band is practicing because they’ve got their guitars turned up so damn loud. My brain will say that I need to be louder than that. I’ve always had issues with vocals. I don’t really have any tricks. I just don’t talk on tour. I save my vocals for the stage. There’s no trick once you shred them to make them come back.

I was listening to normal metal and punk rock like Black Flag, Slayer and Suicidal Tendencies. I was like, “These guys aren’t really singing, they’re kinda just shouting.” I can do that. New York hardcore was also very influential. We never called our style rap-rock, though. Rap is different. Rap is funky.

All my albums are just continuations. You can put them all together, shuffle the tracks, and they’ll all have the same energy. I don’t really reach out of the box for a sound or try to come up with anything different.
I feel that people who like Metallica want to hear another Metallica album. They don’t wanna hear Metallica venturing off into some new realm. If I was gonna venture into some new realm I would just create a new name for the band. My songwriting process is where I make songs that people can sing along or vibe to. I just keep it hard, aggressive and in the pocket. Also, I try to deal with different things. A Body Count album will always be political, with something evil and kinda violent on it as well.

For metal, I don’t really listen to other people because I try to keep my ideas and sounds pure. I’m listening to smooth music. I’m listening to artists like Rob Marciano and different types of rap. I listen to very mellow music most of the time. But when I go into the studio, then I try to destroy your eardrums. Bonnie Whitmore has spent the better part of two decades on the Austin, TX scene playing bass and singing behind some of the biggest names in Americana music. Eliza Gilkyson, Jimmie Dale Gilmore, Butch Hancock and a host of others have all been enhanced by her multiple talents. With her latest solo venture Last Will & Testament, Whitmore emerges center stage, with an original collection of songs addressing suicide, rape culture, love and loss, personal freedom and the great American divide.

I would have to say my mother. She is a classically trained vocalist and teacher. As an adolescent Bonnie Raitt’s “Nick of Time” and Tracy Chapman’s self-titled record were in my parent’s collection. I would take them in my room and listen to them over and over again.

I started playing bass at eight years old. My dad needed a bass player in his band. He taught me the Nashville number system. Being able to sing and play bass is a difficult thing to do. But I started so young, it just came naturally. I also play cello and acoustic guitar.

Working in The Studio

Last Will & Testament was a co-production of me and Scott Davis. He’s worked with A Band of Heathens and a number of people. Between us we were able to create pretty elaborate arrangements for stuff. I think my forte is doing vocal arrangements. I like to create horn-like sounds. And Scott is able to create orchestrations, with synth options and strings. I liked working with Scott and the other folks on this album because we turned into our 12-year-old selves. We all wanna explore, and there are no bad suggestions because that’s where the magic comes from.

I take Mucinex daily. That’s helped me with issues around my vocal cords where mucus is involved. I know that’s not for everybody. I do vocalese because of my mom. I was really lucky to have a direct line to someone who knew how to maintain their voice. It was even to the point that my mom didn’t want my sisters and I to be cheerleaders because she didn’t want us to scream. I have a lot of power to my voice. And I’ve learned how to use it, without damaging or hurting myself. There’s the head- versus-chest voice. And knowing how to go between them and utilize that is essential. The other thing is, when you want to get to a note, don’t push up to it. Envision above it and come down. That way you’re not pressuring your vocal cords in that direction.

My sister and I didn’t wanna go into classical music, so the wrong assumption is I don’t wanna sing that way. But the reality is, if you learn proper technique you can apply it to any type of music. And enunciating is very important. You can have a really beautiful voice, but nobody knows what you’re singing. Words are really important to me so I love when people say they understand what I’m saying. The story of a song to me is more important than the melody that drives it. I’m a student of songwriters like James McMurtry and Mary Gauthier who are so particular and poignant about what they have to say. 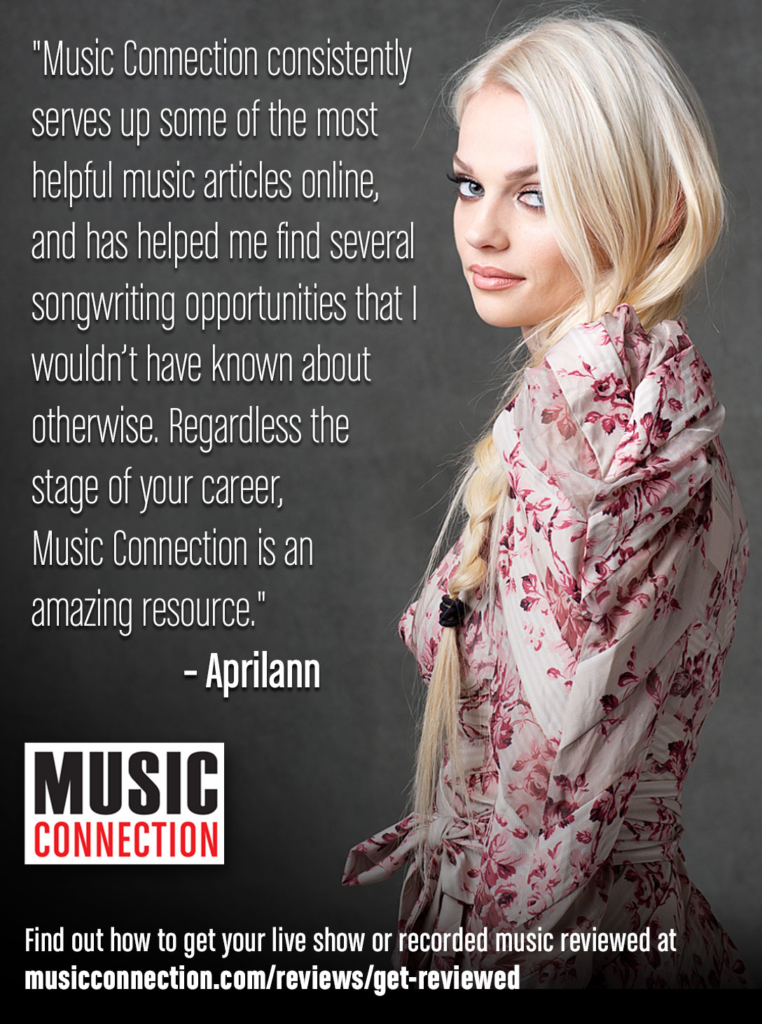