Material: Ever wondered what it would sound like if Blues Traveler were into ska with an added touch of psychedelia? If so, Slack Tide might be your answer. The very definition of a jam band, they claim The Grateful Dead and Phish as primary influences. As proof, their set launched with a Dead cover, a snap adjustment tailored to satiate the tastes of those who’d come for the previous act, Hippie Hour. Generous harmonica makes for a welcome breath of fresh air.

Musicianship: The group’s founder, guitarist-vocalist Chris Cyrus, attended Berklee College of Music and within four years of existence, Slack Tide has already scored two Battle of the Bands triumphs and the title of Top Instrumental Performance from Hard Rock Café. Is it any wonder they’re talented? What particularly impresses is their ability to transfer instrumental leads from one to the next with elegant subtlety, never ceding ground to their overall sound.

Performance: If there’s a criticism to be given, it’s that Cyrus could level up his stage presence. Yet while he falls short in that department, he amply compensates via his instrument. Vocally, Cyrus remains above average, though lyrical flights aren’t the focus. Instead, the songs are about rhythmic exploration, mapping new territories of groove that nourish the soul while making you move. Easter eggs, like the sudden appearance of the cantina theme from Star Wars, contribute an element of whimsy and surprise. Gulping the last of his beer, Cyrus ran his glass along the length of his Fender by way of kicking off their mind-blowing finale.

Summary: Slack Tide covers new ground, but not enough to scare away casual interlopers. For some reason, the crowd responded appreciatively though not enthusiastically. Perhaps the band lacks the theatricality that other acts exemplify or maybe it was merely the weather. Regardless, Slack Tide owns something special. Let’s pray they’re prepared when it inevitably comes time for them to share their brilliance inside a brighter spotlight. 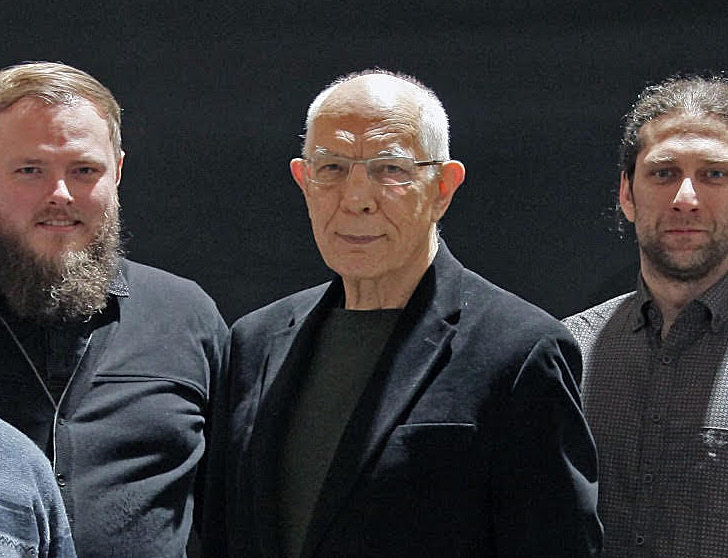