The Beach Boys landmark albums, 1972’s Carl and the Passions – “So Tough” and 1973’s Holland, will take center focus in Sail On Sailor - 1972,a new expansive multi-disc and digital box set, releasing December 2nd via Capitol Records/UMe, that documents and dives deep into their transformative and fruitful 1972 era.

The latest chapter in the Beach Boys’ archival series was produced by Mark Linett and Alan Boyd, the team behind 2013’s GRAMMY® Award-winning SMiLE Sessions and last year’s acclaimed Feel Flows – The Sunflower and Surf’s Up Sessions 1969-1971, the comprehensive 6CD Super Deluxe Edition features newly remastered versions of Carl and the Passions – “So Tough” and Holland, plus Holland’s Mount Vernon and Fairway (A Fairytale) EP (complete with its original instructions to “please listen in the dark”), and boasts an unreleased live concert recorded at NYC’s famed Carnegie Hall on Thanksgiving, 1972, the first-ever release of a complete Beach Boys concert from this era with the original setlist.

“Similar to Feel Flows, which topped many year-end lists in 2022 and was selected by MOJO as their prestigious “Reissue Of The Year,” Sail On Sailor - 1972 includes a bounty of unreleased outtakes, live recordings, radio promos, alternate versions, alternate mixes, isolated backing tracks and a cappella versions, culled from the historic album sessions. In all, it contains 105 tracks, 80 of which are previously unreleased.

“Sail On Sailor – 1972 wis as previewed with the previously unreleased performance of Carl and The Passions’ album opener, “You Need a Mess Of Help To Stand Alone,” recorded live during their performance at Carnegie Hall on November 23, 1972. The complete Carnegie Hall set, which has remained unreleased for 50 years, was recorded on then state-of-the-art 16-track tape, rare for the time and a great advantage given the number of instruments and vocalists in the band.

“Housed in a beautifully designed 12.5” x 10” hardback book-style package, Sail On Sailor - 1972 is rounded out with a detailed 48-page booklet with extensive liner notes by noted radio veteran and Beach Boys aficionado Howie Edelson, featuring new and archival interviews with The Beach Boys, rare photos of the band, images of tape boxes and reels and other recording artifacts, producers notes from Linett and Boyd, and promotional memorabilia from the day, providing an in-depth look at the recording of these albums.

“In addition to the 6CD Super Deluxe Edition, Sail on Sailor - 1972 will be available as a 5LP+7-inch EP vinyl box set, which includes the entire Carnegie Hall concerts, a variety of bonus material (also found on the Super Deluxe), and for the first time ever, a reproduction of Brian Wilson’s EP, Mount Vernon and Fairway (A Fairytale) on 7-inch, the format it was originally released on as a companion to Holland. The vinyl box will be available on its own or as a limited edition set with lithographs. A variety of abbreviated versions will also be available, including a 2LP+7-inch EP set, available with or without a limited edition reproduction of the original Holland promotional book telling the story of the making of the album; a 2CD deluxe edition; and digitally.”

The year 1972 was a pivotal period for The Beach Boys. Fresh off riding a wave of newfound popularity and critical acclaim from their back-to-back albums, 1970’s progressive and wide-ranging Sunflower and 1971’s kaleidoscopic Surf’s Up, Brian Wilson, Carl Wilson, Dennis Wilson, Mike Love, and Al Jardine didn’t waste any time getting back into the studio to record their 18th studio album, Carl and the Passions – “So Tough”.

For the first time in their careers, new members were brought into the fold: guitarist/bassist Blondie Chaplin and drummer Ricky Fataar – two former members of the Carl Wilson-produced South African group The Flame, who were signed to the band’s Brother Records – officially joined the group after serving as their main support act. Together the newly expanded Beach Boys redefined their sound, look, vibe and message for a new era of fans.

The tongue-in-cheek title paid homage to a concert the band played with Carl at Hawthorne High around 1961, and a nod to the increasingly important roles as de facto producer and leader that he was taking on.

The album was recorded from December 4, 1971 to April 13, 1972 at various studios across Los Angeles with most tracking done at the band’s private studio in Brian Wilson’s home on Bellagio Road. Released May 15, 1972, the incredibly varied eight-song record, with contributions from all seven members, peaked at No. 50 in the U.S. and No. 25 in the U.K. on the strength of such standout tracks “You Need a Mess Of Help To Stand Alone,” “Marcella,” “Here She Comes” and “Cuddle Up.”

Seeking new surroundings and creative inspiration, The Beach Boys left sunny Southern California to record their 19th studio album, decamping to the small village of Baambrugge in Holland where they set up a makeshift recording studio in a barn and recorded the album’s basic tracks in the summer of 1972.

A massive and massively expensive undertaking, the band’s entire LA-based studio was dismantled, shipped overseas, and rebuilt by engineer Stephen Moffitt. Meanwhile, the band members and their families and staff lived in different hamlets and soaked up the new environment.

Eventually, the record would end up being finished at Village Recorders in West Los Angeles towards the end of the year. The aptly titled Holland was released on January 8, 1973 and received widespread critical acclaim, charting at No. 37 on the Billboard 200 with opening track “Sail On, Sailor” becoming an FM staple and giving them their first radio hit in years. Holland was the last studio album to feature Blondie Chaplin and Ricky Fataar as full members of the band.

While both albums found success upon release, they’ve only continued to grow in stature 50 years after their release. For those in the know they’ve become favorites of the band’s diverse catalog. In recent years AV Club called Carl and the Passions – “So Tough” “rich, rewarding, beautifully eccentric,” while The Guardian hailed it as “overlooked,” and Analog Planet declared it “under appreciated.”

Holland meanwhile was listed as #21 on The Guardian’s list of the “Top 100 Albums That Don’t Appear In All The Other Top 100 Albums Of All Time” and was included in Colin Larkin’s influential and encyclopedic book, “All Time Top 1000 Albums.”

Avowed fans Elvis Costello and Tom Petty have professed their love for the album.

In my 1977 interview with Costello for the Rodney on the ROQ radio program on KROQ-FM, Elvis told me he saw the Beach Boys at a UK show in 1972. During 1999 I invited Elvis up to the Wilson home for a John Anderson and Maggie Magee directed and produced SMile-themed documentary taping. Elvis mentioned he had produced a cover version of a Pet Sounds selection, “Don’t Talk (Put You Head on My Shoulder” with Anne Sofie von Otter. n My Shoulder)

Tom Petty even wrote the liners for the 2000 Holland CD reissue, describing it as “beautiful” and exclaiming, “the playing shows the Beach Boys to be one of the U.S.’ strongest rock bands at this time. I saw this line-up in concert several times and the shows seemed not only contemporary, but perhaps a little ahead of us all.”Sail On Sailor – 1972 offers an opportunity like never before to revisit this creatively fertile and transitional time in the band and experience this underappreciated era, a time when the Beach Boys threw out all the rules and reinvented themselves once again.

Harvey Kubernik is the author of 20 books, including Leonard Cohen: Everybody Knows published in 2014 and Neil Young Heart of Gold during 2015.   Kubernik also authored 2009’s Canyon Of Dreams: The Magic And The Music Of Laurel Canyon and 2014’s Turn Up The Radio! Rock, Pop and Roll In Los Angeles 1956-1972.   Sterling/Barnes and Noble in 2018 published Harvey and Kenneth Kubernik’s The Story Of The Band: From Big Pink To The Last Waltz. In2021 the duo wrote Jimi Hendrix: Voodoo Child for Sterling/Barnes and Noble.

Kubernik’s writings are in several book anthologies, including The Rolling Stone Book Of The Beats and Drinking With Bukowski. Harvey wrote the liner note booklets to the CD re-releases of Carole King’s Tapestry, The Essential Carole King, Allen Ginsberg’s Kaddish, Elvis Presley The ’68 Comeback Special, The Ramones’ End of the Century and Big Brother & the Holding Company Captured Live at The Monterey International Pop Festival.

In 2020, Harvey served as a consultant on the 2-part documentary Laurel Canyon: A Place in Time directed by Alison Ellwood that debuted on the M-G-M/EPIX cable television channel. 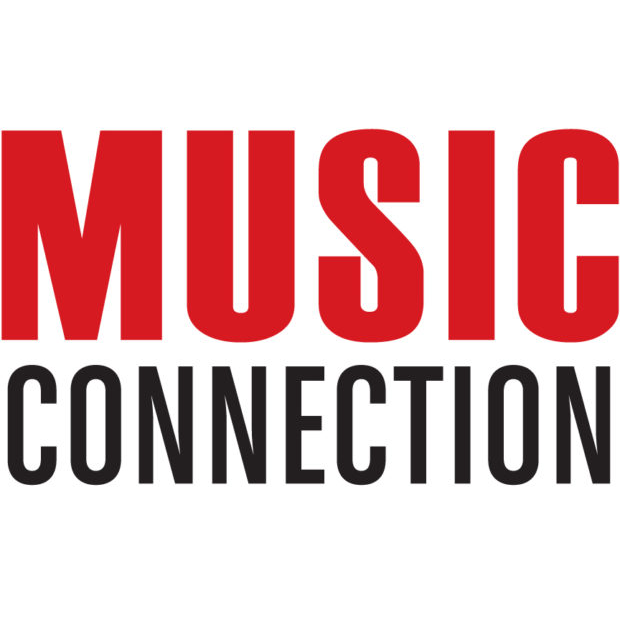