The acclaimed producer and songwriter Jimmy Jam will kick off DDEX’s 2nd  annual Creator Credit Summit on Tuesday November 17 12pm ET in a keynote conversation with Maureen Droney, Sr. Managing Director for the Recording Academy Producers & Engineers Wing. Their conversation will explore the processes a music producer, songwriter, and musician go through to ensure that their creative work is properly attributed and what that has meant over Jam’s four-plus decades in the music industry. 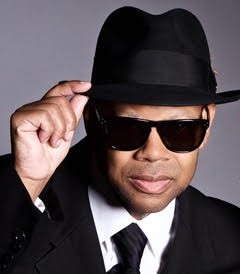 Five-time Grammy Award-winner Jimmy Jam is a world-renowned songwriter, record producer, musician, entrepreneur, and half of the most influential and successful songwriting & production duo in modern music history. For over 40 years alongside his long-time partner, Terry Lewis, Jimmy's accomplishments have elevated him to iconic status within the music industry. They have written and/or produced over 100 albums and singles that have reached Gold, Platinum or Diamond status with total worldwide sales in excess of 100 million records. Jam & Lewis have amassed 26 #1 R&B singles and 16 #1 Hot 100 hits giving the duo more Billboard #1’s than any other songwriting/ production team in chart history, for a diverse array of artists across all musical genres including Prince, Michael Jackson, Boyz II Men, Sting, Elton John, Mary J Blige, Usher, Beyonce, Kanye West, Luther Vandross, Rihanna, Rod Stewart, Drake, Earth, Wind & Fire, J Cole, Mariah Carey, Kendrick Lamar, Gwen Stefani, Willie Nelson, New Edition, Sounds of Blackness, Morris Day, The Time, and Janet Jackson to name a few. Jam and Lewis won their first Grammy Award for Producer-of-the-Year in 1986 and have received ten more Producer-of-the-Year nominations since, giving them the most Producer-of-the-Year noms in Grammy history. As songwriters, Jam and Lewis have garnered over 100 ASCAP Awards, and have won ASCAP Writers-of-the-Year award a record-breaking 9 times.

Jimmy Jam is the former Chairman of the Board of The Recording Academy, the first African American to be elected to that position. He currently serves as a board member of the Grammy Museum Foundation and as Chair of the TV committee overseeing the Grammy Awards. Going back to his roots in Minneapolis as a club and radio DJ, Jimmy currently hosts “The Jimmy Jam Show” on SiriusXM Volume Channel 106. His guests have included a wide range of musical luminaries including Questlove, Babyface, Ray Parker Jr, Barry Manilow, as well as legendary icons Clive Davis, Berry Gordy and Smokey Robinson. He and Lewis are also completing work on their debut album project as artists entitled “Jam & Lewis Vol 1.”

This conversation will set the stage for the ensuing three days of the 2nd annual Creator Credit Summit, which will be held online November 17-19. The event, presented by DDEX, the international standards-setting organization dedicated to improving the exchange of data and information across the music industry, is free and open to all who have an interest in ensuring that creator credits are an integral part of the music recording process.

Each day of the program will include a mix of informative panels and presentations addressing different aspects of creator credits and tools to assist in their proper use, and the event will conclude with an open discussion of all the participants. The panel topics cover identification and payment; the conundrum of entering credits in the recording process; DIY musicians and metadata; and music metadata in audio/visual works. Further, representatives from Creative Passport, Jammber, Muso.ai, Quansic, Session, Sound Credit, and VEVA Sound will give presentations and answer questions about the tools they have developed that integrate the DDEX Recording Information Notification Standard (RIN) and assist all forms of creators in capturing metadata about all aspects of the creative process.