Country music legend and pioneering artist Charley Pride was honored with the RIAA Lifetime Achievement Award. Michele Ballantyne (COO of the RIAA) was on-hand to present the honor to Charley's son, Dion Pride, and also to the National Museum of African American Music for display.

“Charley Pride was an all-time great who opened doors and challenged us all to think harder about what makes country music – and all music – great.  We are so grateful to the National Museum of African American Music and the legendary Garth Brooks for coming together to present Charley’s family with his RIAA Lifetime Achievement Award.  As a Black woman who loves country music, it was a privilege to be part of this incredible moment.” - Michele Ballantyne (COO of the RIAA) 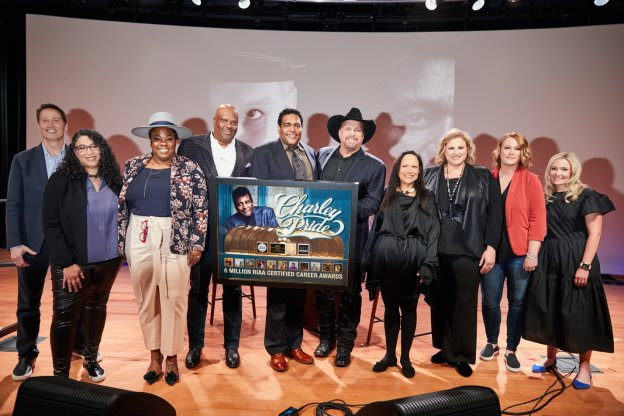 The evening also included a stirring acoustic performance from Country music icon, Garth Brooks, of the last song Pride recorded - a duet with Brooks, "Where the Cross Don't Burn," written by the late Troy Jones and the late Phil Thomas plus Garth interjecting throughout the Q&A with performances of acoustic verses of some of Charley's biggest hits and Garth's personal favorites becoming emotional during a few of the songs.

For "Where the Cross Don't Burn," Brooks traveled to Pride's studio in Dallas to record the duet, which chronicles the friendship between a young White boy and an older Black man during segregation. The ballad sat with Brooks for 10 years waiting for the right time for this collaboration with Pride to materialize and was finally recorded for his latest album, Fun, which was released in September.

In addition to his performance, Brooks sat down with songwriter, author and Vanderbilt University faculty member, Alice Randall, for a live Q&A where they discussed Pride's profound influence on Brooks, the genre of Country music and their time together recording "Where the Cross Don't Burn." 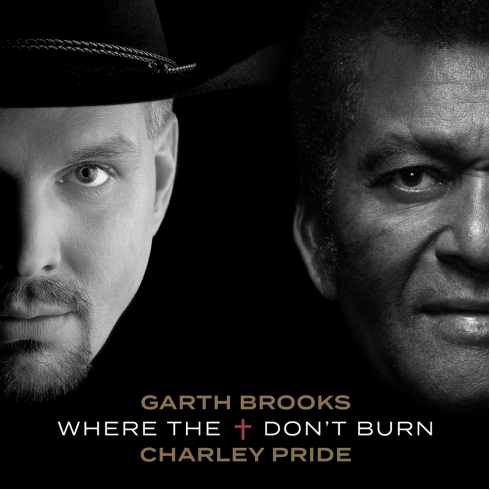