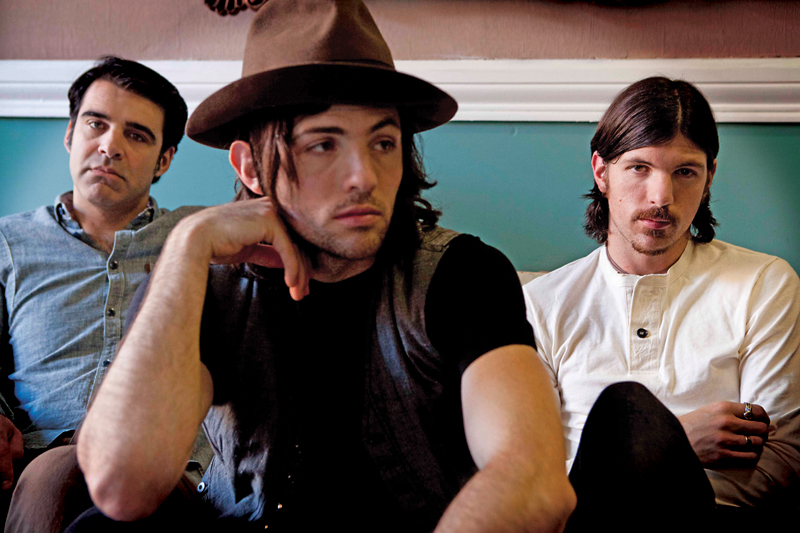 As the word “Concord” signifies “Harmony,” it is appropriate that the two best-known residents of the town of Concord, NC, are Scott and Seth Avett, namesakes of the band the Avett Brothers. Since 2000, the brothers, along with their honorary “third brother” bassist Bob Crawford and touring and recording member cellist Joe Kwon, have built a steady, grassroots audience for the band’s rough-hewn harmonies and emotionally driven lyricism as revealed on their indie releases for Ramseur Records, an NC- based label. Named the Americana Music Association’s Group of the Year in 2007, their presence was elevated significantly when the Avetts entered into partnership a year later with producer Rick Rubin and signed to his label, American Recordings. At the 2011 Grammy Awards, the Avett Brothers performed “Head Full of Doubt/Road Full of Promise” on the telecast, and joined Mumford & Sons to back Bob Dylan on a spirited romp through the bard’s “Maggie’s Farm.” Fast forward to the present: again produced by Rubin, the band’s latest release, The Carpenter, on American Recordings/Republic Records, debuted in 2012 at No. 4 on the Billboard 200, and the band was nominated for a Grammy for Best Americana Album. The close-knit group was dealt a devastating blow in 2012 when Bob Crawford’s infant daughter, Hallie, was diagnosed with a brain tumor. But as Scott Avett reveals, signs are now positive. In this exclusive interview for MC, he exudes a genteel warmth that bespeaks his small town Southern origins.

Music Connection: "Americana" is somewhat of a catch-all definition, but it seems to embody the Avett Brothers sound.
Scott Avett: It’s one of those words that surfaces out of the confusion of “How do we label this diverse group of music that has an acoustic guitar and other acoustic instruments?” I like the word Americana; I think there is a sound and soul to American music that is some kind of country rock alternative something or other.

MC: Even with acoustic instruments––you on banjo and Seth on acoustic guitar––it is evident that the Avett Brothers can rock out. Certainly your country roots are a huge linchpin as well.
Avett: That’s what we were raised on. We come from a country music background and environment. If you got a job in the summer it was framing houses, and what played as you worked was 103.7, the country station, and it played non-stop. So through the ‘90s I knew all of the country songs better than I wanted to know them. We were always going against that genre, trying to find out what was in the punk rock, hardcore and hard rock realms. And grunge, that was a huge inspiration for my brother and me.

MC: We watched the CMT Crossroads show where you collaborated with Randy Travis, certainly a bedrock country artist. When he sang your songs, they really fit well into the traditional mode.
Avett: I’m with that and it’s good to hear it. I hope that good songs will interchange. A lot of great country songs in that format would probably transfer to R&B or rock songs.

MC: If we look at the history of bands of brothers—Black Crowes, Kings of Leon and Oasis prominent among them––there is so much acrimony and turbulence that can exist in the band context between siblings.
Avett: I think those turbulent moments are in bands without brothers as well. When it is brothers, it’s easy to emphasize, as in the cases of the Louvin or Everly Brothers. If you read Charlie Louvin’s book or think about how long the Everly Brothers went without talking to each other, it breaks your heart.

MC: Why is this? How have you and Scott avoided the syndrome?
Avett: My brother and my differences go way back. If you meet a guy and start playing in a band with him when you’re 16 or 17, your relationship begins there. Our relationship started when I was four years old and all of our differences have been growing deeply since then, so they’re probably a little more volatile because there’s a lot of passion in those differences that might not be in people who have not known each other as long.

MC: Is being the eldest brother, a part of your dynamic?
Avett: I work real hard to try and identify when Seth is in the lead role and it’s appropriate and needed and better for the group––delegating, stepping out of the way and knowing when it’s time. I think that’s important for older brothers, because they tend to want to keep control and power and that’s just garbage––a stigma.

MC: Since 2008 Rick Rubin has been producing you. Exactly what does he do?
Avett: (Laughs) What I gather is that he does something different for everyone he works with, because not everyone jives, or cooperates and agrees with what he does. Cooperate is a bad word, because with us he’s never gone for us cooperating with anything—he’s been a facilitator. I think he listens and trusts us to be what we really are. He helped us slow down in the way that we were not allowing ourselves to do.

Do It Yourself Management