As artists and songwriters, Jason Reeves and Nelly Joy both have formidable track records. Together, as High Dive Heart, they create an irresistible alchemy. Blithe harmonies over a joyous track created by Los Angeles-based producer, artist and songwriter Morgan Taylor Reid introduce “Misfit,” the lead-off to the duo’s new six-song EP entitled HDH Vs. MTR (Part One).

Jason Reeves first made his mark as an indie artist in Iowa City before moving to Los Angeles in 2005. A major contributor to artist Colbie Caillat’s platinum debut, he was subsequently signed to Warner Bros. as an artist. Transitions at the label transpired, and Reeves, once again on the indie route, released a series of full-lengths and EPs while continuing to collaborate on songs for a variety of artists.

Nelly Joy who was one half of the JaneDear Girls, met Reeves when both were signed as songwriters to Sony/ATV. “Jason wrote a song with me for the JaneDear Girls,” Joy remembers. “But we ended up writing songs for his album The Lovesick, when he was signed to Warner Bros. We became inseparable best friends.” They made their joint debut Sonic Graffiti in 2015 with the single “Vintage.”

“Misfit” is paired with a riveting video featuring a beautiful teenage girl alone in a public bathroom flipping through a series of cards that reveal her story. This girl, Corey Maison, 14 years old, was born a boy. The single was launched on The Bully Project’s Facebook page and has reached over 15 million viewers.

Says Joy, “I reached out to Corey’s mom and they sent a rough draft of what she wanted to say. We were driving down the PCH in Malibu when I read it—I started crying at the amount of turmoil that she’s gone through.”

In addition to their joint recording and performing endeavor, both members of High Dive Heart maintain busy songwriting careers, splitting their time between Los Angeles and Nashville. Reeves co-wrote “Long Live Tonight,” a single from the new country band LANco who are signed to Sony Records.

Other members of the High Dive Heart community include singer/songwriter Jordan Lawhead, a frequent co-writer, and Nathan Chapman, who produced the duo’s debut Sonic Graffiti EP, and collaborated on the new project, contributing to “Camera Song” and “Stars Fall Down.”

Reeves met Morgan Taylor Reid when the two were part of a songwriting camp for Jason Derulo. “Morgan is a dirty beat maker,” Joy says. “He pulls out sounds with an urban edge that we needed in our production to separate us.”

One of the unexpected edges to the new project is evident on “Dirty Money,” where Reeves raps. Says Joy, “We’re influenced by anything and everything. Jason listens to classical. ... The more open that you are in listening to different types of music the more you will hear those sounds flooding into whatever you make.”

High Dive Heart will be opening for Colbie Caillat on her upcoming “The Malibu Sessions Acoustic Tour” featuring Justin Young. Explains Reeves, “We open, then play with Colbie and Justin. It will be two couples in love, onstage, signing four part harmony.”

Of the High Dive Heart project he says, “Our goal is to spread love and inspire others to do the same. Success is measured in many ways, and we hope to have many forms of it by moving people with our songs. Everything that comes after that is a bonus.” 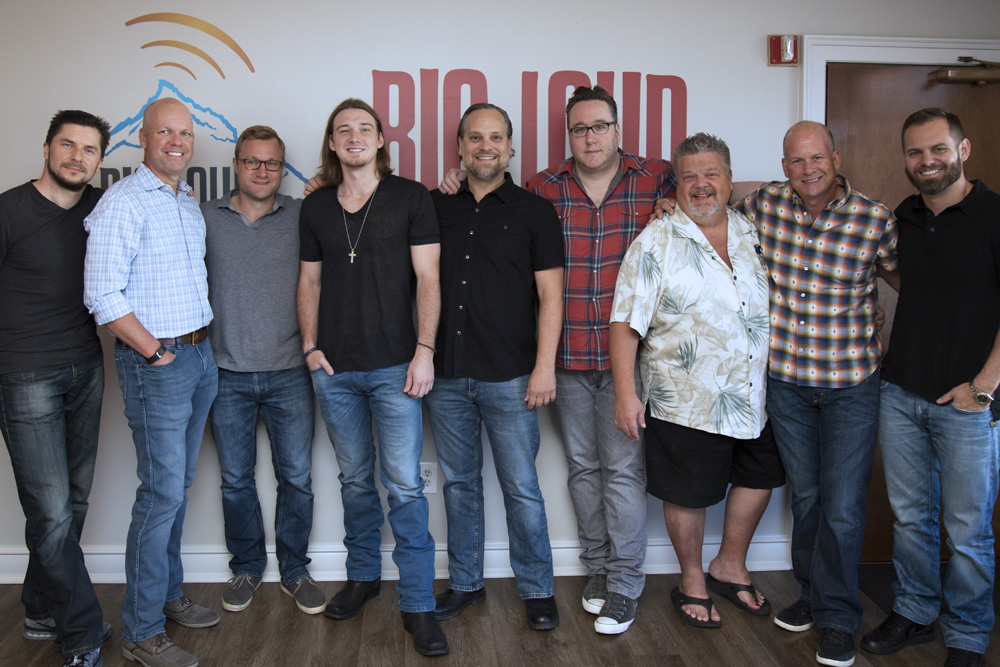