Live Nation Entertainment has acquired a majority stake in ScoreMore Shows, one of the largest independent concert promoters and festival producers in the country, and the largest in Texas. The Austin-based company promotes hundreds of regional shows and oversees a roster of rapidly growing music festivals, including JMBLYA, Neon Desert Music Festival, Mala Luna Music Festival, as well as launching J. Cole's Dreamville Music Festival. 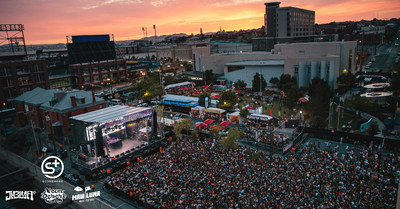 Co-founded in 2010 by Sascha Stone Guttfreund and Claire Bogle, ScoreMore Shows has made a name for itself as a tastemaker, booking acts like J. Cole, Kendrick Lamar, Chance the Rapper and many others for small club shows early in their careers before they went on to become global superstars headlining amphitheaters and arenas.

ScoreMore Shows currently promotes concerts throughout the Southern United States, producing more than 200 concerts per year. The company also owns and operates three music festivals, including: JMBLYA, a traveling hip-hop festival founded in 2013 which this year included sold-out stops in Dallas, Austin, and Houston; Neon Desert in El Paso, which prides itself on being one of the first major U.S. music festivals to emphasize booking mainstream American acts alongside acclaimed international and Latin performers since inception in 2011; and Mala Luna Music Festival in San Antonio, a hip-hop and EDM focused event spanning Halloween weekend which debuted in 2016. The company also recently partnered with J. Cole and Dreamville Records to help produce the inaugural Dreamville Festival, which is set to take place September 15 in Raleigh, North Carolina.

"We started ScoreMore as teenagers and friends simply booking the artists we loved and believed in. Our success is the by-product of a talented team of like-minded individuals working together to build something special. ScoreMore has been very fortunate over the years in having many clients and partners who have been and continue to be loyal to us. Most importantly, we would not be where we are today without our incredible fans in the state of Texas and beyond who have continued to support our events for nearly a decade," said Guttfreund. "We are so excited about this new chapter for ScoreMore in having the resources, support and partnership of Live Nation. To have gotten our start in Austin, and ultimately be in business together with Live Nation is honestly a dream come true. This team does not take any of our success for granted, and we'd like to especially thank Michael, Bob, Jordan and the rest of the Live Nation family for giving us this incredible opportunity."

"Sascha and the ScoreMore team have a proven ability to form very early and long-lasting relationships with top talent, and their ground-breaking events, whether an intimate club show or a giant festival, really resonate with a diverse and passionate audience base, as well as with the leading artists that they present," said Bob Roux, President, Live Nation U.S. Concerts. "This company is just getting started, and we are all very excited about their future, as we know what they are going to accomplish even greater things as part of the Live Nation family."

With more than 100 festivals around the world, Live Nation is home to the world's largest and most diverse collection of festivals. The portfolio ranges from domestic powerhouses like Governor's Ball, BottleRock, and Bonnaroo, to premier European festivals such as Download, and Reading & Leeds, as well as new international additions like Australia's Splendour In The Grass and South America's Rock in Rio.